Russell and Rahul are good C and VC options. 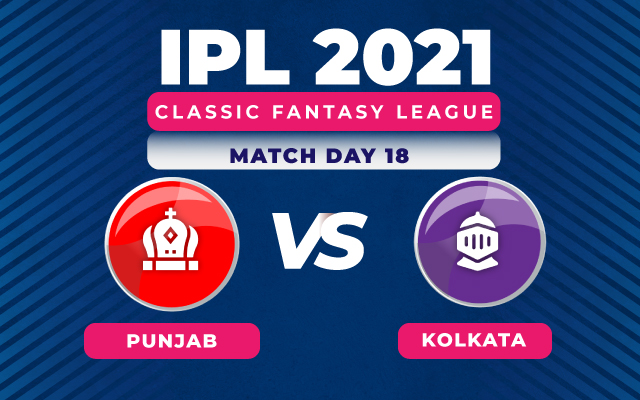 The 21st match in this IPL 2021 season will start at 7:30 PM IST, between Punjab Kings (PBKS) and Kolkata Knight Riders (KKR) in Ahmedabad. In this article, let us discuss the Season Long Fantasy League team setup for Match 21.

Punjab Kings might be happy with their clean win over Mumbai Indians in the last match whereas KKR is in deep trouble with their batting and they are at the bottom of the points table with just one win in the five matches played so far. This is the first IPL match to be played in Ahmedabad this season. Both these teams are going to play their next four matches at this venue. Who will make this as their winning forte?

Number of Transfers: None (+ One Uncapped)

Jonny Bairstow (SRH): Except Bairstow, all the other players in our season fantasy team are playing the match today or tomorrow. So we are transferring him out.

Nitish Rana (KKR): KKR has become the worst team in Power Play this season. Their scoring rate was poor and were losing the wickets in power play. This might warrant some changes in the batting order for KKR to capitalize the power play. Whatever might be the changes, Nitish Rana should be batting at the top order only.

Note: In the recently concluded England Series, this pitch mostly assisted batsmen and spinners didn’t get much help from the pitch. After the pitch report, we might change the uncapped player accordingly.