Tabraiz Shamsi is a good captaincy option for this match. 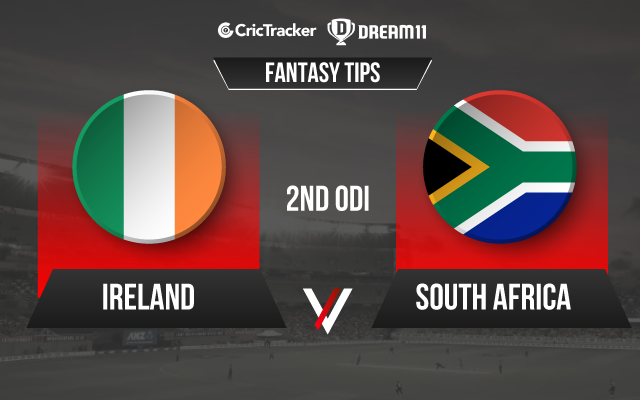 South Africa got the better of the Ireland side in the first T20I that was held at Dublin. After posting a total of 165/7 on the board, the Proteas did a tidy job and restricted the Irish outfit to a total of 132/9.

If Ireland loses the 2nd T20I, then that would mean that they lose the series. While South Africa will be looking to land the knockout blow and take an unassailable 2-0 lead in the series, Ireland will look to bounce back and square the series.

The pitch at the Civil Service Cricket Club will have some help for the seamers early on. It would be wise to put the opposition in first and scalp quick wickets. Batsmen need to be wary in the initial overs of the match.

Top Picks for IRE vs SA

Aiden Markram scored a handy 39 at a strike rate of 130 for the Proteas in the first T20I and helped them notch up a comfortable 33-run victory.

Andrew Balbirnie scored a breezy 22 off 16 deliveries in the first T20I. If Balbirnie gets off to a good start, then he can pulverize the opposition.

Simi Singh produced an excellent performance with the ball in the first T20I. In the 4 overs that he bowled, he scalped 2 wickets, giving away only 19 runs.

Tabraiz Shamsi was literally unplayable in the first T20I between South Africa and Ireland. Shamsi picked up 4 wickets and flummoxed the opposition batting lineup with his guile.

Josh Little picked up 2 wickets in the 4 overs that he bowled, and gave away 27 runs. He would be a handy pick in your side for sure.

Quinton De Kock scored a 9-ball 20 in the first T20I. Even in his brief 9-ball stay, he struck 3 fours and a six for his side at the top of the order. De Kock is a dangerous batsman to bowl to if he gets going.

IRE vs SA Must Picks for Dream 11 Fantasy Cricket

Suggested Playing XI No.1 for IRE vs SA Fantasy Cricket

Paul Stirling was not amongst the runs in the first match. But still, Stirling can cause havoc if he gets going and can be picked in your team.