Katie McGill was quite sensational in the first match.

The Ireland Women will take on the Scotland Women in the second T20I. The match will be streamed live on FanCode.

The matches will take place at the Civil Service Cricket Club, Stormont, Belfast, Ireland. The match will start at 5:30 PM IST on May 25, 2021.

Ireland Women and Scotland Women are all set to take on each other in the second T20I match. This will be a crucial contest because there are a total of four matches and the result of this match will give an idea of how well the series is shaping. On that note, it should be said that the hosts will be under pressure.

In the first match, the hosts were able to restrict Scotland for a mere 87 runs in their 20 overs. This should have been chased by the Irish team but they failed to do so. They succumbed to the pressure of the run chase and lost the match by 11 runs.

Captaincy Picks for IRE vs SCO

Celeste Raack bowled an outstanding spell in the first match between the two sides. She took three important wickets during that spell and gave just 15 runs. She also managed to make a handy contribution of 10 runs with the bat as well.

Katie McGill was quite sensational in the first match between the two sides and she and her team would hope that she continues to deliver the goods for her team. She picked up three crucial scalps and then went on to score 20 runs from 22 balls, which were precious in the context of that game. 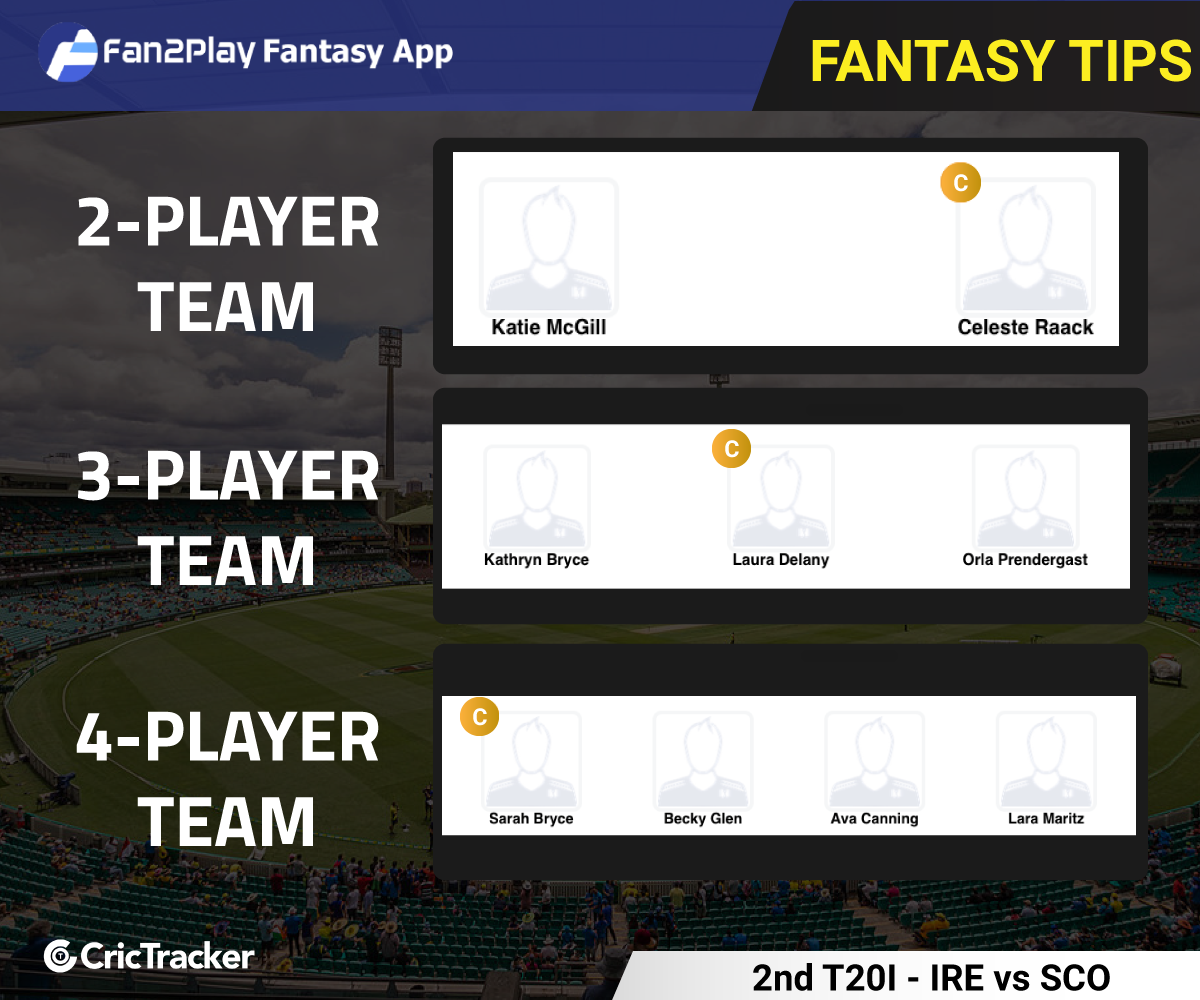 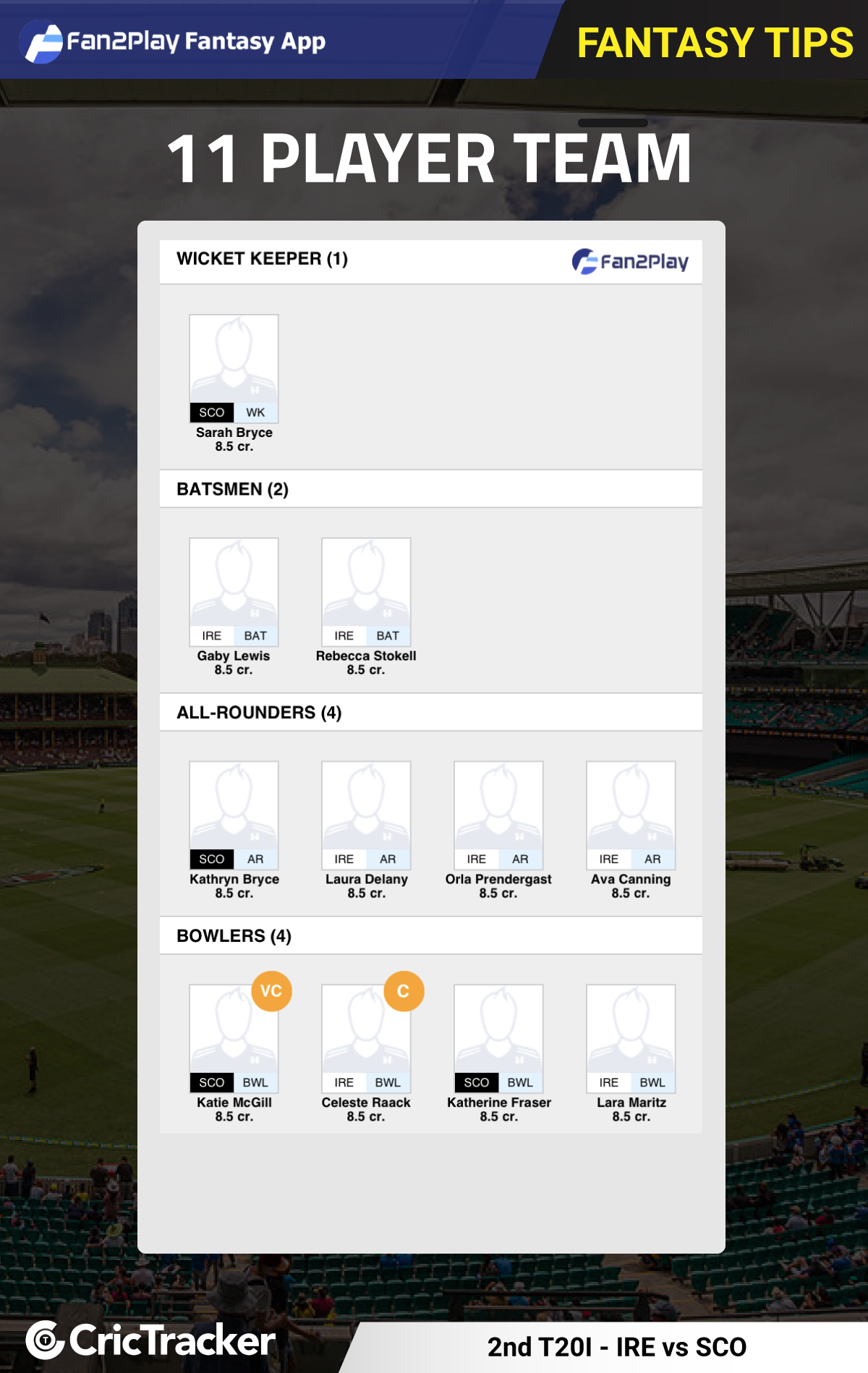