Mashrafe Mortaza didn't play the warm-up game and he is expected to return.

Windies made a stupendous start to the triangular series as they managed to beat Ireland by 196 runs at the Clontarf Cricket Club Ground in Dublin. John Campbell, the Player of the Match, and Shai Hope wreaked havoc with an opening wicket stand of 365 runs. Their bowlers then shot the hapless Irish batting lineup for 185 runs.

Their next match is against Bangladesh at the same venue. The Tigers, on the other hand, lost to Ireland Wolves by 88 runs in the warm-up fixture at the Vineyard, Hills Cricket Club in Dublin. They rested Mashrafe Mortaza for the game and Shakib Al Hasan was the skipper of the team. However, the 35-year-old Narail Express is expected to be back for the ODI tomorrow.

The other day, the pitch turned out to be an absolute belter and bowlers couldn’t do much. The track for the second game isn’t expected to change much and another high-scoring affair seems to be in store. 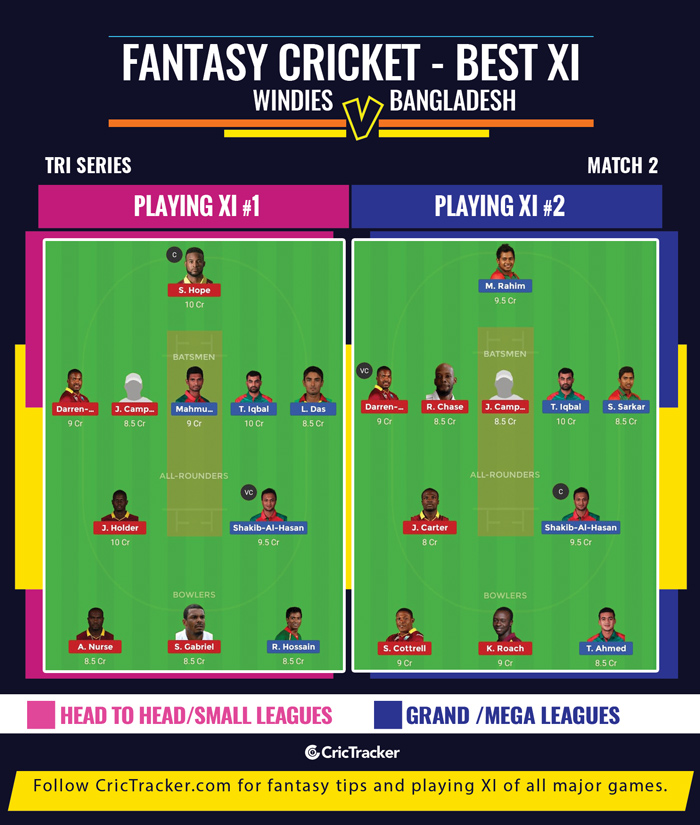 The Bangladesh bowlers have been awful in non-sub-continent conditions over the past few months and hence, try and avoid them. Also, because the pitch may not have too much for the bowlers.

The Windies are most likely to win the contest.