The Village at Dublin will host the match tomorrow, May 11 at 3:15 PM IST.

Things haven’t started well for the host, Ireland, in the tri-nation against Bangladesh and West Indies.  The team has been thrashed by both the visitors in the earlier two matches and the last match of the series has been abandoned without a ball bowled. The Village at Dublin will host the match tomorrow, May 11 at 3:15 PM IST. Ireland will have to make amends in their next matches to win. They have to mend all departments of the game and that certainly won’t be easy. Read on the statistics which can help you to pick your 11wickets Fantasy XI for the game.

With the overcast conditions and rain expected at the Village or Malahide Cricket Club Ground, the pacers are expected to get some help from the wicket.

The Ireland team led by William Porterfield isn’t the best of the Irish sides seen over the years. The team doesn’t have the most encouraging record against the West Indies they are playing at their home conditions and blessed with quality seam bowlers they would be looking to cause an upset.

The West Indies team do not really have their full strength squad available. It is giving good game time to the players who are not participating in the Indian T20 League and are in the World Cup squad.

Both the teams have played 9 ODI matches together earlier, out of which Ireland succeeded in winning just 1 match. West Indies have beaten the Irish on 6 occasions. One match brought no result in 2007 and another was abandoned in 2017. 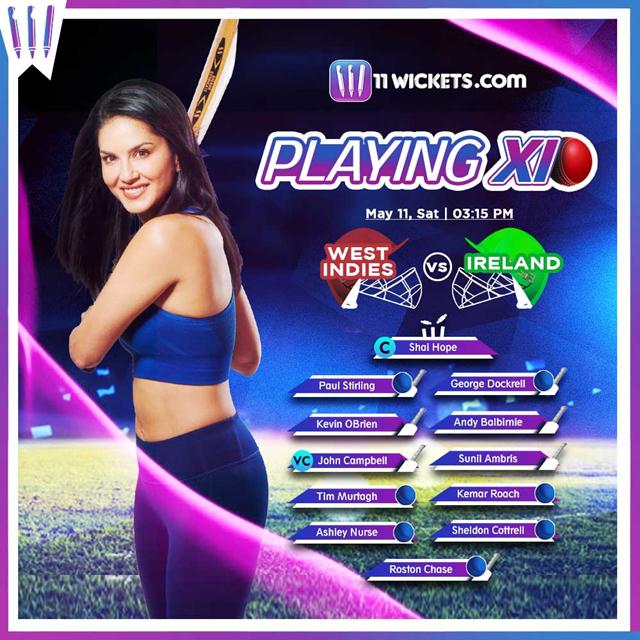 Ireland has the advantage of playing in their own conditions and they have the pace attack that can trouble the Windies batsmen.

Cottrell, the left-arm Windies pacer is likely to inflict some damage on the hosts.