Porterfield and Balbirnie scored fifties in the first game before the rain arrived.

Nothing much could be written home from the first ODI between Ireland and South Africa on Sunday, July 11 at The Village. Rain played spoilsport as the match had to be abandoned after the home team notched 195 runs for the loss of four wickets in their 40.2 overs.

William Porterfield and skipper Andrew Balbirnie notched half-centuries and seemed to take Ireland to a respectable score before the rain arrived. The Proteas bowlers looked a tad off colour and strained to make breakthroughs as quickly as they would have wanted in the match.

The pitch at the Village turned out to be a decent one for batting as run-making wasn’t all that tough. The bowlers need to be on their mark from the outset. As far as the weather is concerned, there are no chance of rain, though there will be intermittent clouds. An uninterrupted game can be expected.

Quinton de Kock has been a key member of the Proteas batting lineup for around eight years now. He has been able to get some important knocks under his belt across three formats. He was also the leading run-scorer in the five-match T20I series against the West Indies where he notched three half-centuries in a row.

Kagiso Rabada has been a prolific wicket-taker for South Africa over the last six years or so. In the first ODI, he showed decent form. In 8.2 overs, he bowled a couple of maidens and gave away 43 runs at an economy rate of 5.20. He also picked up two crucial wickets of Andrew Balbirnie and Harry Tector. 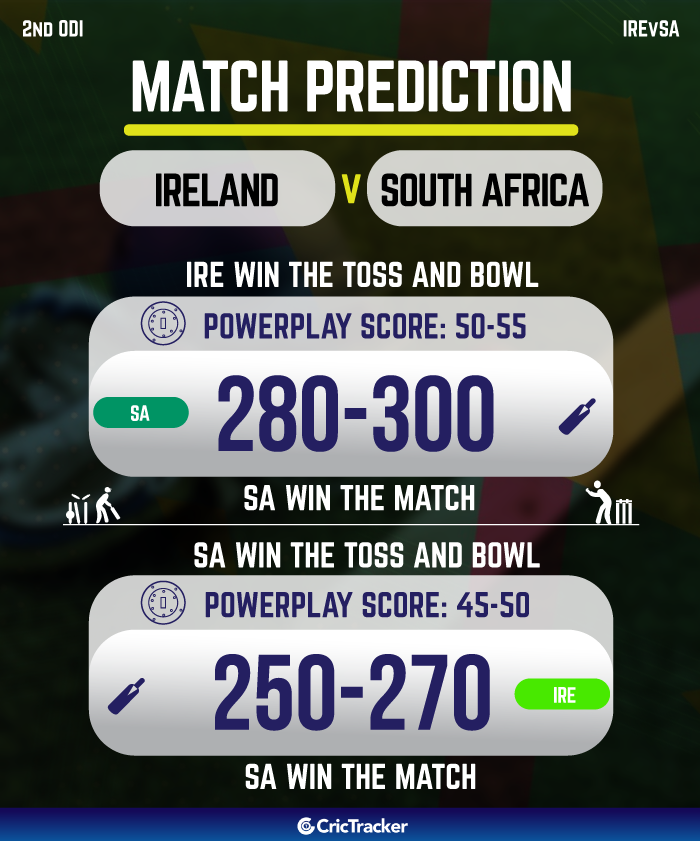