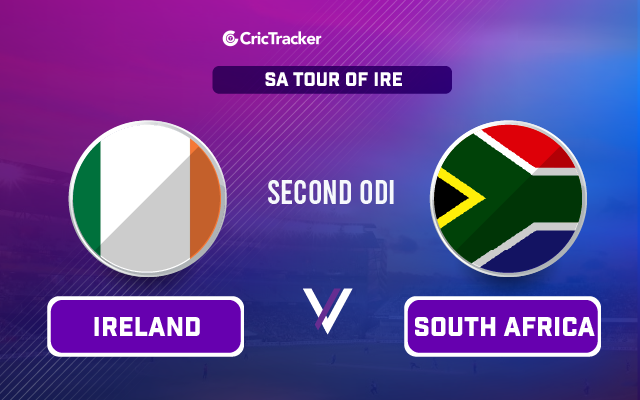 The first ODI between Ireland and South Africa was washed out. The teams will now lock horns for the second ODI on 13th July. Ireland started slowly in the first game, but eventually seemed to have got their momentum.

Moving ahead in this encounter, they will be keen to perform well. South Africa too would look forward to securing a win and bring their A-game onto the field. This encounter thus would be an intriguing one to watch out for.

The batters will probably have to stay firm on the crease and then build on to their innings. The pitch is expected to be inclined towards the fast bowlers with spinners coming into action as the game progresses. Chasing the total would be a good option to go after having won the toss.

Andrew Balbirnie scored 65 runs in the first ODI and is an important asset of his team. Heading into this game, he would be determined to further stretch his abilities and perform for the team.

Kagiso Rabada is a stand-out player for South Africa. His abilities with the ball are known to all. In the first ODI, he scalped 2 wickets at an economy rate of 5.16. He can be a good choice for this match as well.

For South Africa, Quinton de Kock’s services have always been crucial. In the previous series against West Indies too, he had held the opening fort for the team and is an important cog of the team’s wheel. He was rested for the first game but can feature in this match. 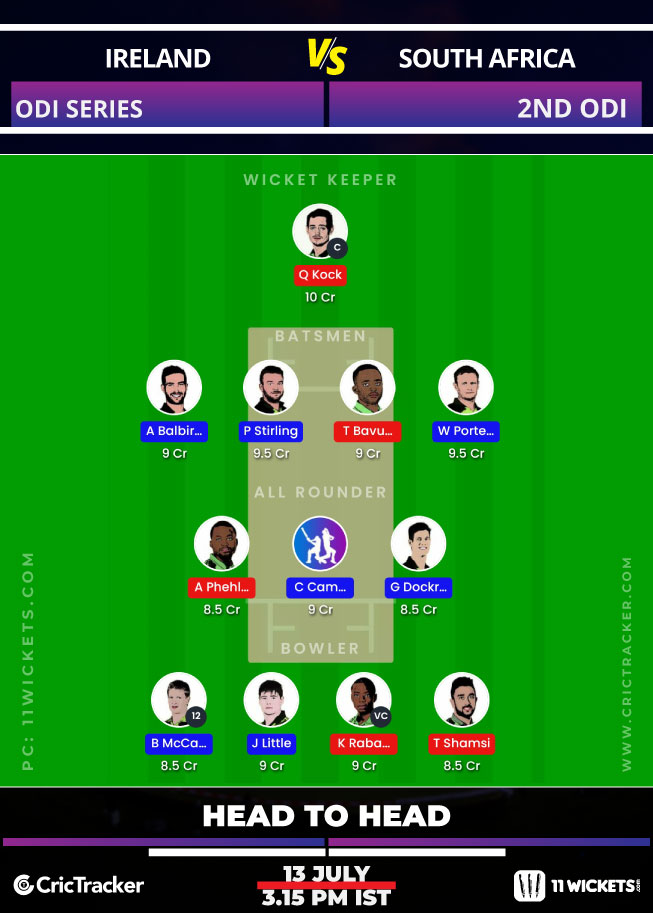 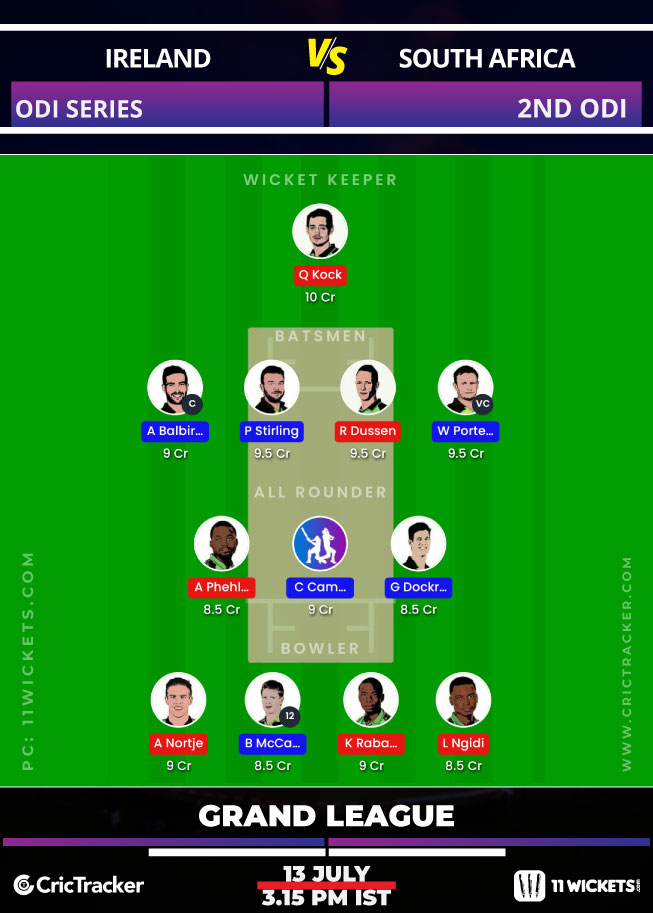