Kagiso Rabada is a good captaincy option for this match.

Ireland will take on South Africa in the 2nd ODI between the two sides on 13th July 2021. This match will be played at The Village in Dublin.

This encounter will commence at 03:30 PM IST and will be streamed live on FanCode.

The first ODI between South Africa and Ireland ended in a No Result. The Ireland side batted first, and their scorecard read 195/4 after 40.2 overs when the rain came down.

Now, there is everything to play for between these two sides. The 2nd ODI of the three-match series assumes importance and both these sides will be looking to seize the initiative and get a win on the board. So, which side will outdo the other?

Ireland skipper Andrew Balbirnie showcased his class in the first ODI between South Africa and Ireland. He scored 65 off 79 deliveries and played the role of anchor to perfection. Balbirnie will look to repeat his heroics in the 2nd ODI as well.

Kagiso Rabada was the pick of the bowlers for the Proteas in the first ODI. In the 8.2 overs that he bowled, the right arm pacer scalped the two crucial wickets of Andrew Balbirnie as well as Harry Tector. Rabada will surely not be easy to handle for the Ireland side. 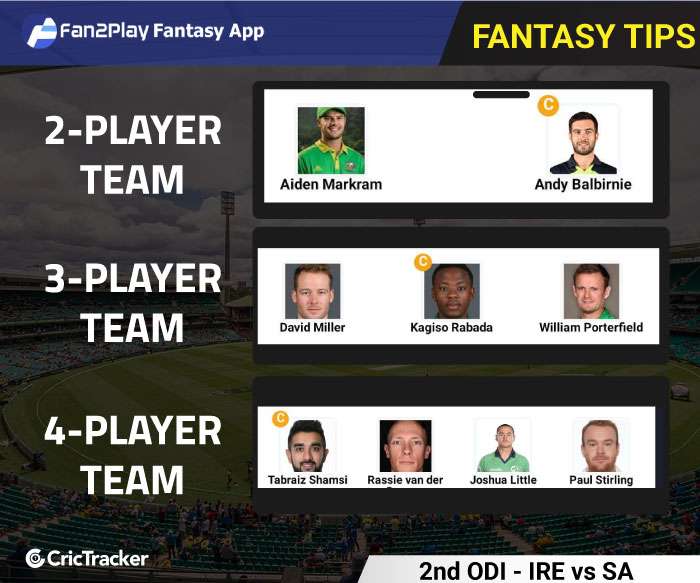 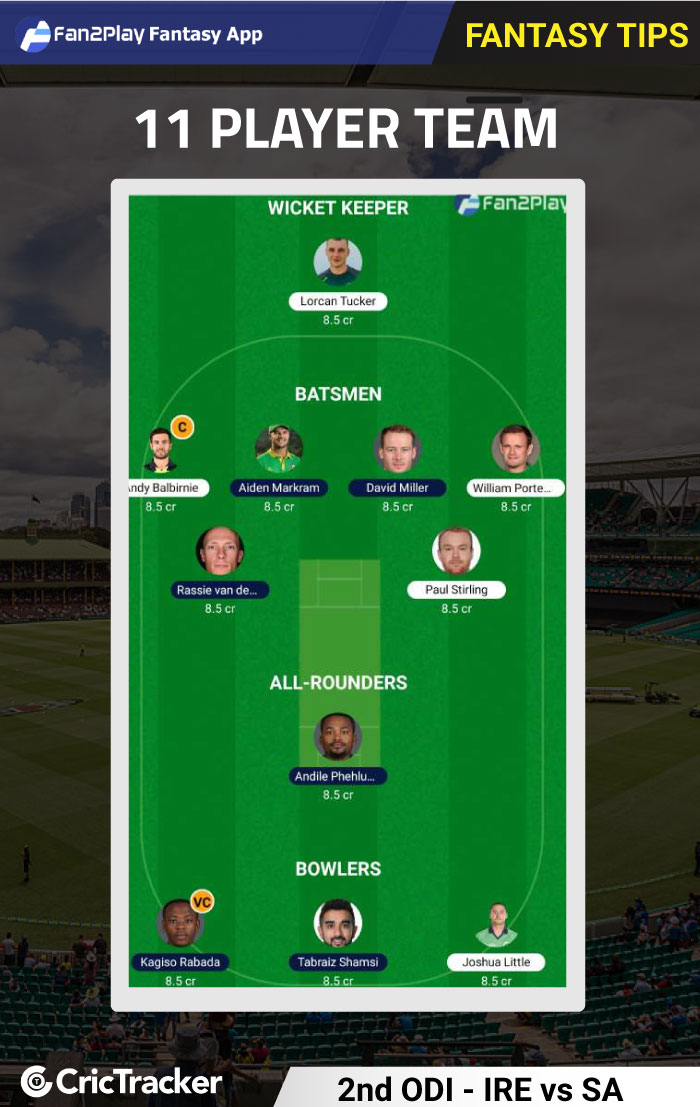