Andrew Balbirnie is a good captaincy pick for this game. 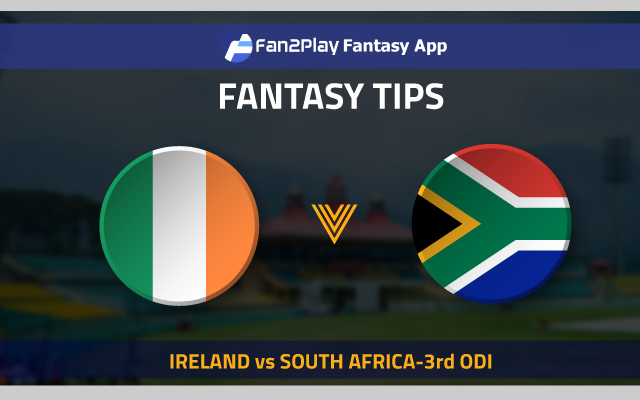 Ireland will lock horns with South Africa in the third and final ODI of the series. The encounter takes place at The Village, Dublin on July 16 (Friday).

The game will commence at 3:15 PM IST and fans can switch to FanCode to catch the live action.

While the opening ODI got washed out due to rain, Ireland shocked the cricket fraternity in the second game, defeating South Africa by 43 runs. Batting first in Dublin, the home team posted 290/5, thanks to a brilliant century from skipper Andrew Balbirnie. Harry Tector also played a handy knock of 79 runs to power his side’s total.

Although the total was competitive, many backed the Proteas side to cross the line. They even got a good start with Janneman Malan and Rassie van der Dussen playing substantial knocks. However, a batting order collapse meant South Africa lost their last eight wickets inside 88 runs. With this win, Ireland got an unassailable 1-0 lead in the series. Hence, the third ODI is a do-or-die game for the visitors.

Captaincy Picks for IRE vs SA:

As mentioned above, captain Andrew Balbirnie was Ireland’s stand-out performer in the previous game and he wouldn’t mind replicating his heroics. The opener paced his knock to perfection and scored runs all over the park. He, in total, slammed 102 off 117 deliveries as Ireland advanced to a match-winning total.

Another opener who shone in the previous contest was Janneman Malan. Despite losing Aiden Markram and Temba Bavuma early, the youngster didn’t put his guards down and kept his side in the hunt. He eventually got dismissed after 84 off 96 balls.  South Africa would certainly want him to play a similar or even more substantial knock in the upcoming game. 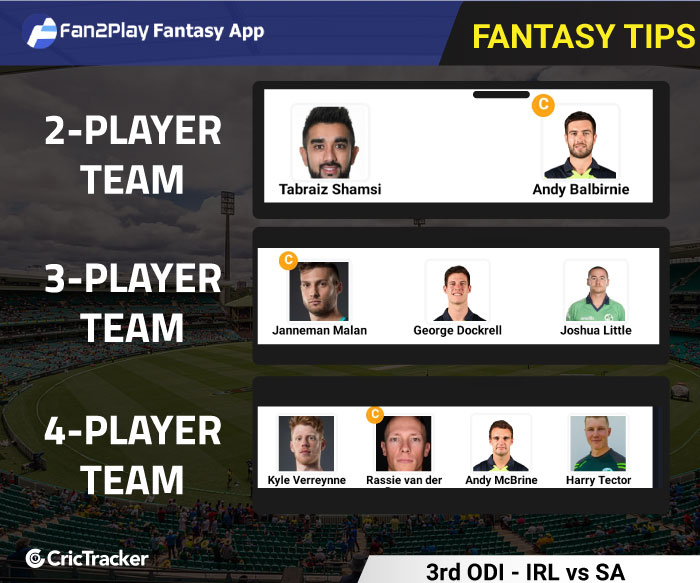 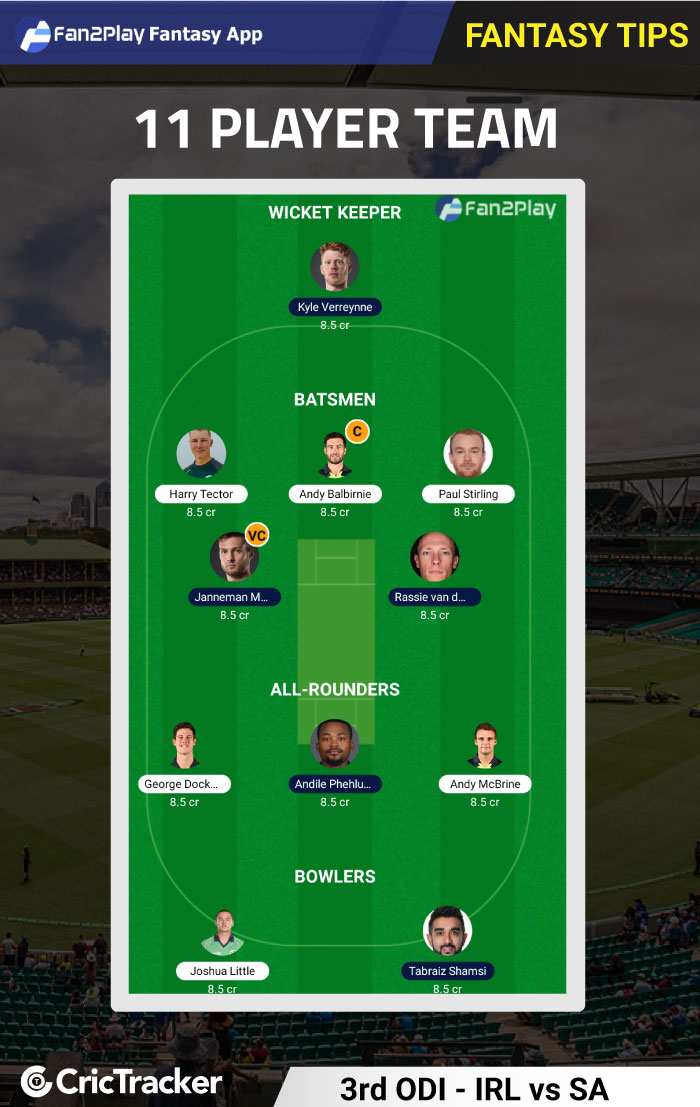