Babar Azam has been in scintillating form. 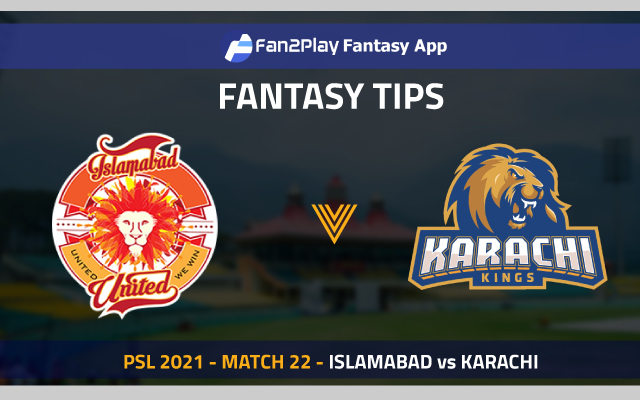 Match 22 of the Pakistan Super League 2021 will see Islamabad United battling it out against Karachi Kings. The encounter will take place at the Sheikh Zayed Stadium in Abu Dhabi on Monday (June 14).

This game will commence at 9:30 PM IST and can be streamed live on the Sony Liv platform.

Islamabad United have been on a roll this season and are leading the points table with five wins in seven outings. The Shadab Khan-led side is also just one win away from securing a place in the playoffs, and they would be determined to beat the Karachi Kings. They’ll head into this fixture on the back of a 28-run win over Lahore Qalandars.

On the other hand, Karachi Kings have blown hot and cold this season, and their position in the team standings narrates the entire story. With three wins and as many defeats in six games, the Kings are holding fourth place. However, a spot in the playoffs is still within their reach, and they would like to enhance their performance. Their last assignment resulted in a 12-run defeat against Multan Sultans.

There’s no stopping Babar Azam at the moment as he has been on a roll lately. The Karachi Kings opener scored a match-winning 77 in his first outing after season resumption and backed it up with a fighting 85. Azam doesn’t tend to lose momentum after a couple of good outings. Hence, Islamabad United bowlers must come up with a solid plan against him.

Islamabad United skipper Shadab Khan has made notable contributions with both and ball this season, playing a vital role in his side’s successful campaign. The leg-spinner has been miser in leaking runs, and his happy knack of taking wickets in middle overs has troubled many batting line-ups. He can also play big shots at will, which makes Shadab an even more incredible asset. 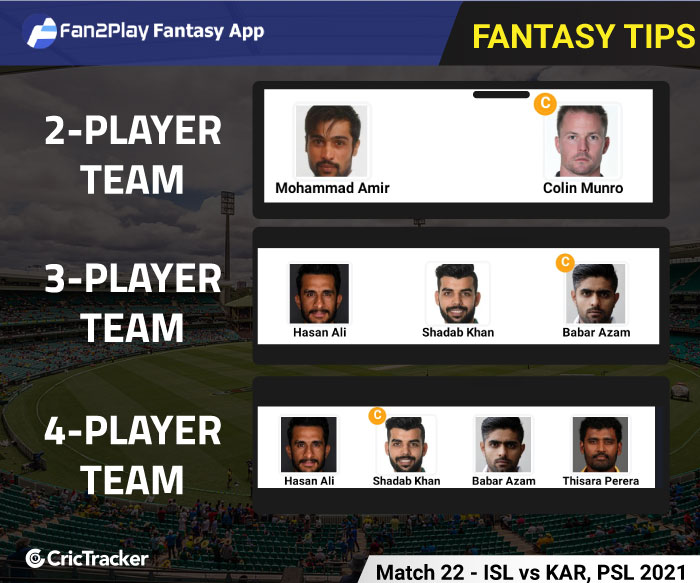 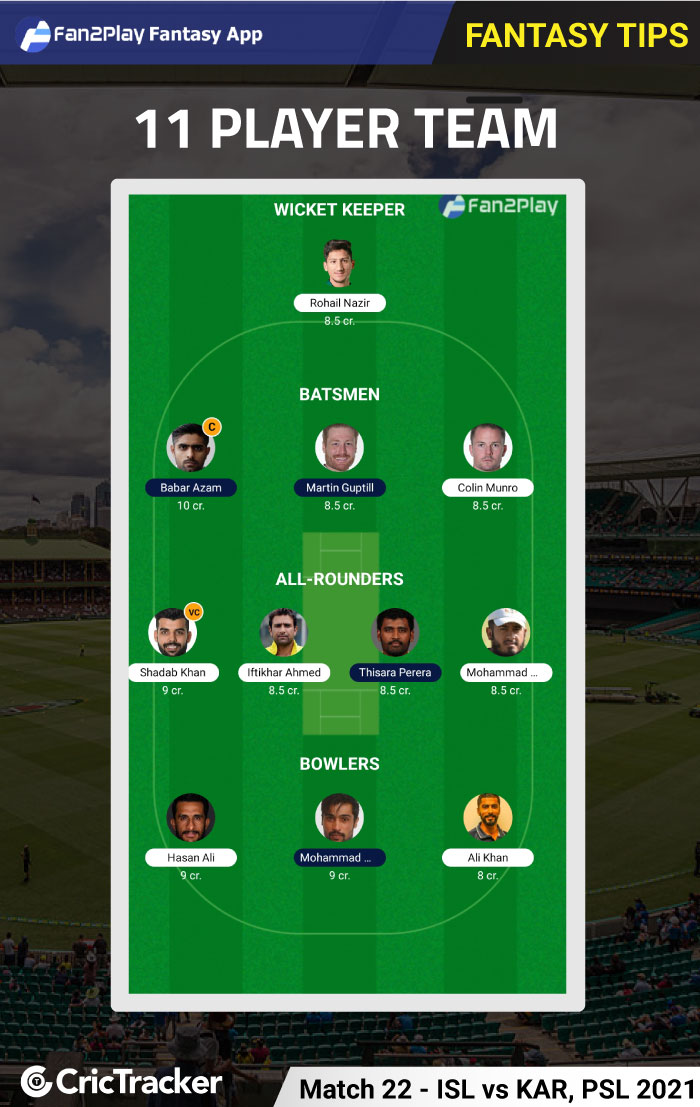