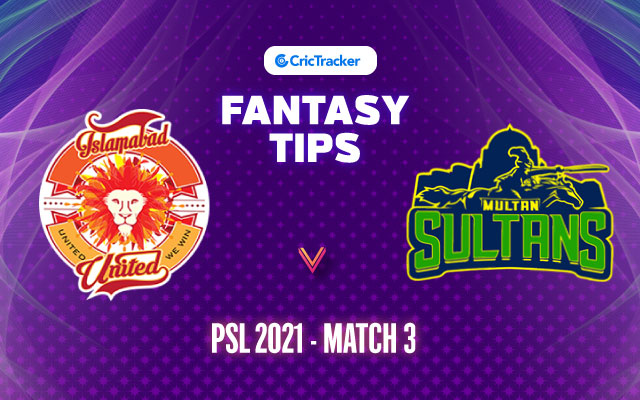 The 3rd match of the Pakistan Super League 2021 will be played between Islamabad United and Multan Sultans on 21st February at National Stadium in Karachi.

The match is scheduled to start at 7:00 PM local time (7:30 PM IST) and it will be streamed live on Sony Sports Network and Sony Liv.

The Islamabad United and Multan Sultans will get their campaign underway in Match 3 of the sixth edition of the Pakistan Super League (PSL). The Islamabad franchise will be keen on beginning this season with a win after a disastrous season last year where they could win only three matches. On the other hand, Multan Sultans have appointed Mohammad Rizwan as the skipper who is in the form of his life and are the favourites to win this match.

There is no chance of rain in Karachi with the temperature ranging between 22 and 26 Degrees.

The pitch is not easy to bat on and the players will have to bide time before going for their shots. Dew will also play its part and chasing should be a preferred option.

Shadab Khan has turned into an all-rounder having scored 263 runs and picked 8 wickets in the last PSL season. Alex Hales was in exceptional form in the BBL amassing 537 runs in 16 innings and he will be a top pick again here. Mohammad Rizwan is a perfect captain material looking at the way he is batting currently and is coming off a sensational series against SA at home. 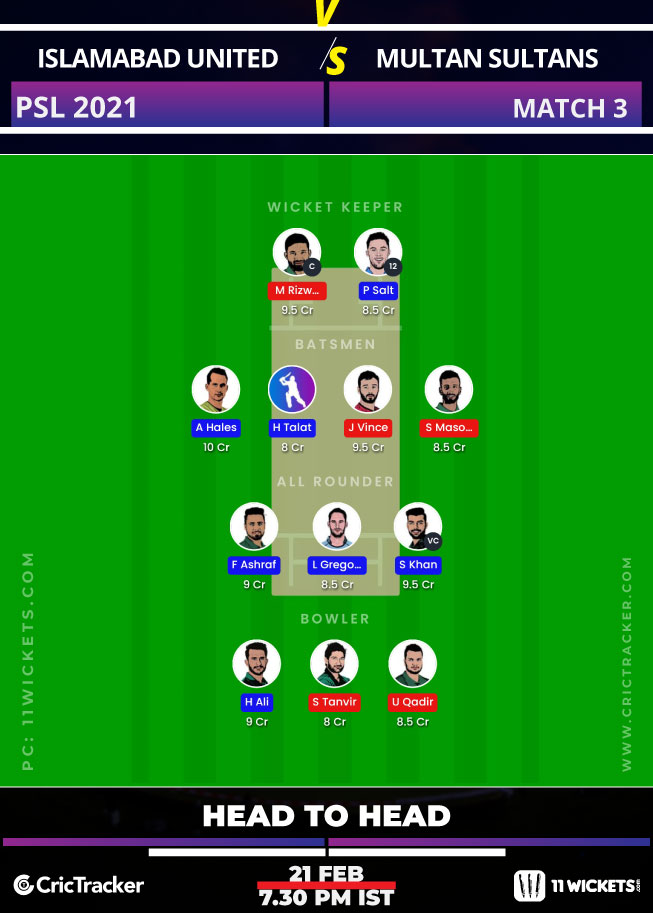 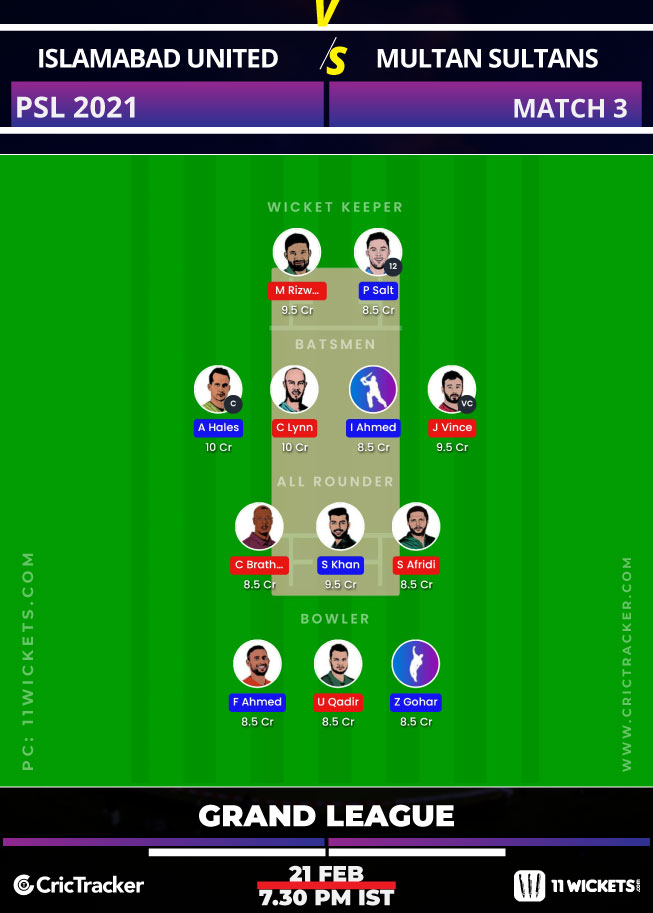 Alex Hales and Vince are in great form and they can be made C and VC of your Fantasy teams.