Alex Hales is going to return for this game after leaving PSL a week back due to bio-bubble fatigue.

Islamabad United and Peshawar Zalmi will play the eliminator 1 of the Pakistan Cricket League. The winner of this game will face Lahore Qalandars in eliminator 2. The United has won only a single game in the last five games and they would need to reassess their strategies. Shadab Khan is likely to make a comeback for them along with Alex Hales who made an exit from the tournament a week back.

Peshawar Zalmi won their last game against Lahore Qalandars in the super over. They would be without Ben Cutting and Usman Qadir in this game due to the duo testing positive for Covid.

This game might be played on a fresh pitch which could be a good sign for the bowlers. The batters have been able to breach the 200-runs mark here more often in this tournament and the same might happen in this game as well.

Islamabad United’s skipper Shadab Khan might make a return in this game after being sidelined due to an injury.

Alex Hales last played for the Islamabad United on February 14 and then decided to leave citing bubble fatigue as the reason. But, he is going to make a comeback in this game and it would be a huge boost for the team. Hales has made 255 runs in seven matches at an average of 42.50 and a strike rate of 156.44 including two half-centuries in the tournament.

Salman Irshad is the leading wicket-taker for the Peshawar Zalmi. He has picked 12 wickets in seven games at an average of 19.41, an economy of 8.32, and a strike rate of 14.

Shoaib Malik is aging like a fine wine. At 40, he is still going strong and has scored 346 runs in ten games. His batting average of 43.25 and strike rate of 138.95 is enough to prove that he can be a key player for the Peshawar Zalmi in this game. 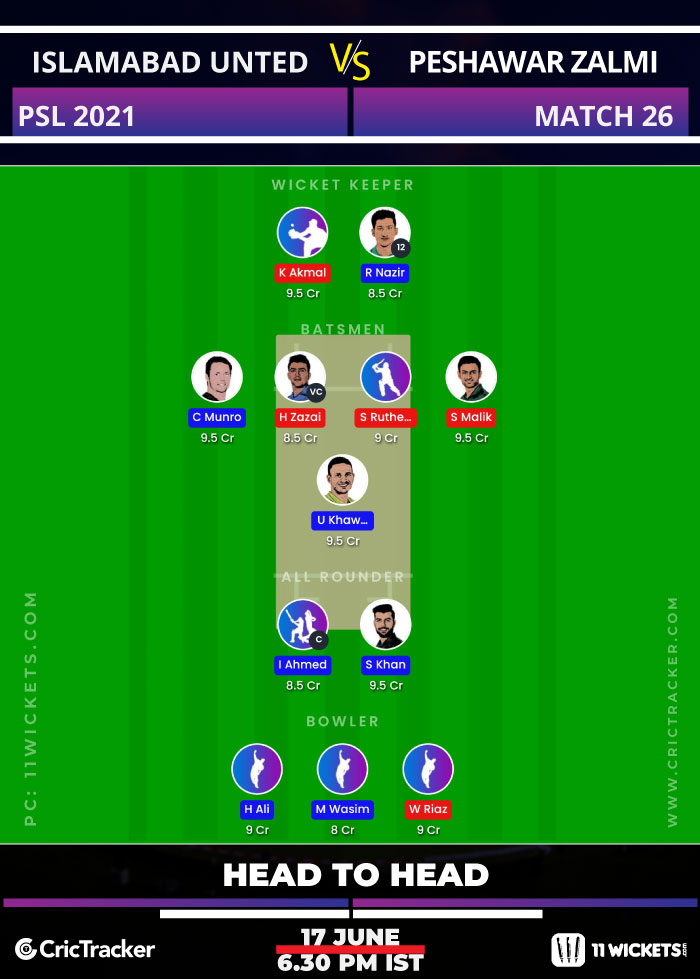 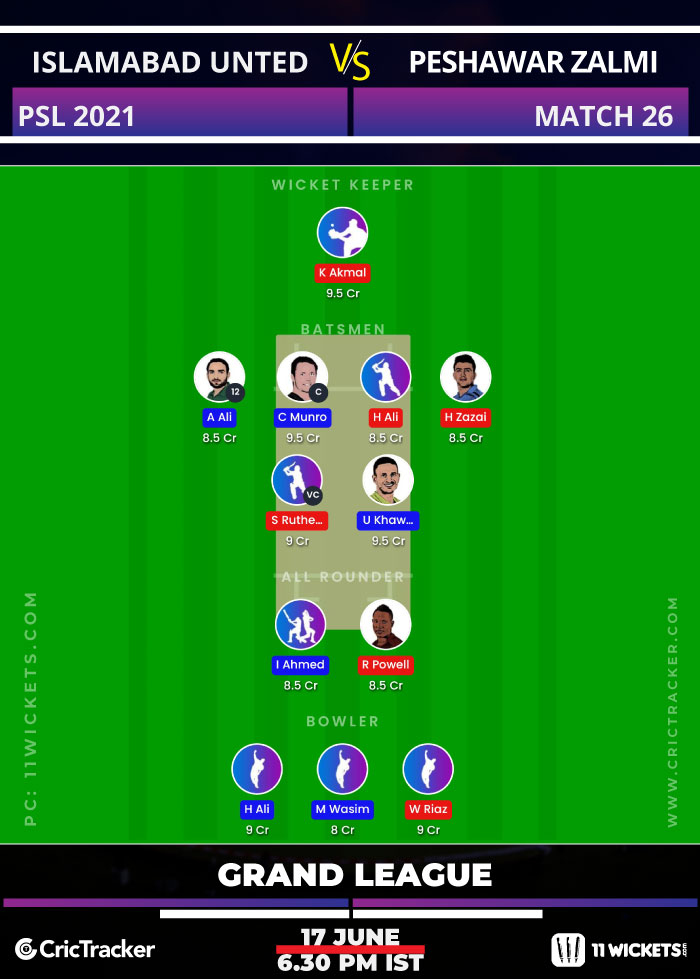