At only 8.5 Cr, Hussain Talat should be a good buy. 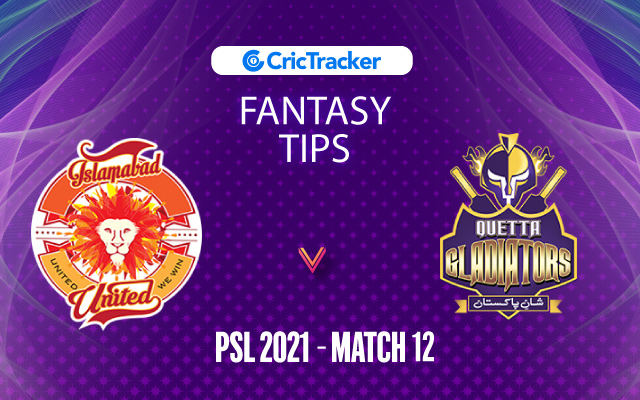 The 12th match of the Pakistan Super League 2021 will be played between Islamabad United and Quetta Gladiators on 1st March at the National Stadium in Karachi.

Quetta Gladiators have got ff to a nightmarish start in the ongoing edition of the Pakistan Super League. They have lost all of their first three games and will be desperately searching for a win when they will face Islamabad United in today’s match.

Islamabad United’s start to their season was fantastic, as they won their first two games. However, their juggernaut came to an abrupt halt in their last game, as Peshawar Zalmi defeated them by 6 wickets. Hence, they too will be willing to get back on track as soon as possible.

The weather will be perfect for a game, as the temperature will be at a pleasant 24 °C and there are no chances of precipitation.

The pitch has been completely in favour of the batsmen. Anything under 170 should be chased down without breaking much sweat.

173 (Last 5 matches of this tournament played on this venue)

Alex Hales has carried his superb form of the BBL into this competition. He has scored 116 runs at an average of nearly 40 and a strike rate of over 170.

Faheem Ashraf has been influential with his all-round skills. He has scored 49 runs and has also picked up 1 wickets.

Sarfaraz Ahmed’s team has got off to a poor start, but his start, but his performances with the bat has been phenomenal. He has scored 128 runs at a strike rate of nearly 160.

Mohammad Wasim can be a clever budget pick for your team. He has picked up 4 wickets and has maintained an economy rate of under 8 runs per over, which is commendable on this track.

From the batsmen, Iftikhar Ahmed should be a good budget pick. He has scored 57 runs at an average of nearly 30. 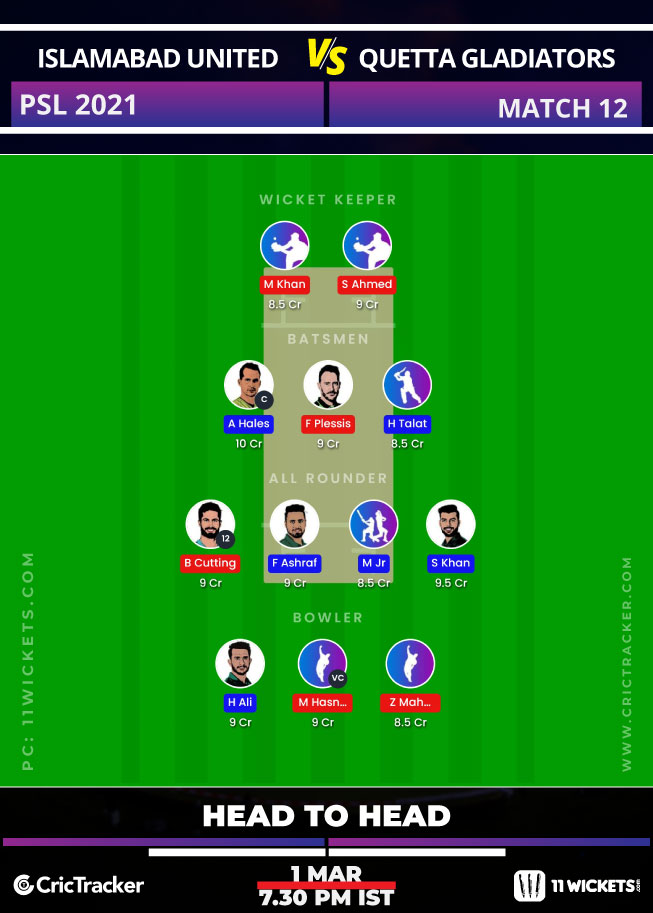 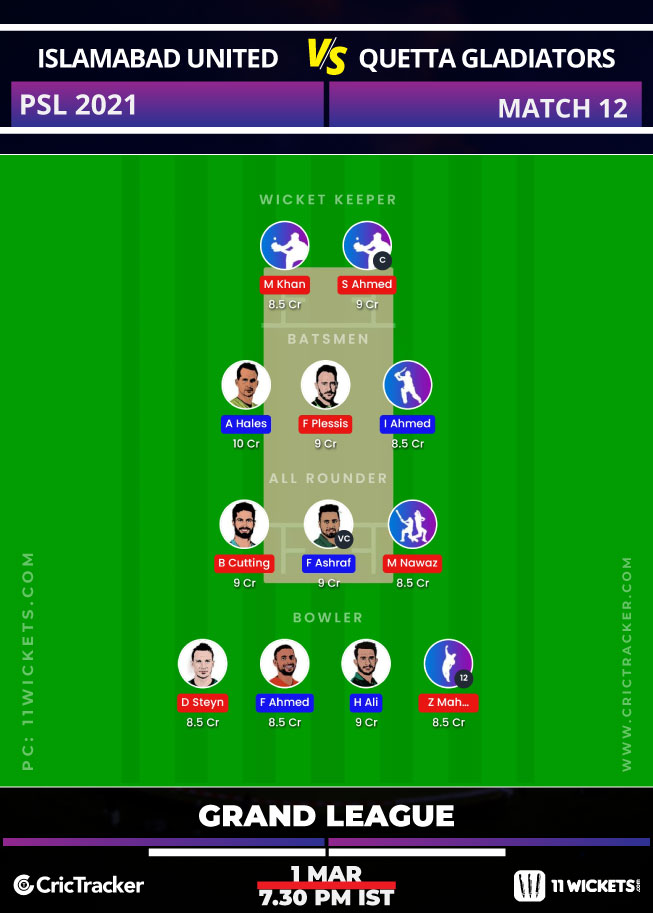 At only 8.5 Cr, Hussain Talat should be a good buy. He has scored 74 runs at an average of nearly 25 and a strike rate of over 115. In addition to that, he also has picked up a wicket.

Islamabad United are expected to win this match.