Preview of JAM vs DHA:

After being defeated by Dumka Daredevils, Jamshedpur Jugglers will face Dhanbad Dynamos on this Monday. Dhanbad Dynamos, meanwhile, won their previous battle against Dumka Daredevils as they defended a total of 146 runs posted by them. Moreover, they have won their last 4 out of five matches in the tournament and are currently placed on the 2nd spot with two points in their bag.

The weather is forecast to be clear for this match as it will be mostly sunny with the temperatures hovering around 28 degrees Celsius range.

The pitch at the Jharkhand State Cricket Association Stadium has helped the batsmen to get some runs on the board in the last few games. Bowlers also getting wickets, especially in the first innings of the match. The team winning the toss will look to bat first on this track as none of the teams has been able to chase down a target on this track in the last five games.

India vs England: Rahul Tewatia fails to clear the fitness test ahead of T20I series

Jaskaran Singh will be the key bowler for Jamshedpur Jugglers as he has taken 10 wickets from 8 games.

Atul Singh Surwar has been decent with the bat adding 79 runs and also picked up 7 wickets.

Abhishek Yadav is looking very good with the ball as he bagged 12 scalps from the 9 matches he played.

Nazim Siddiqui, the skipper of the side, has scored 99 runs in the last three games that he played at an average of 33.

Vikas Kumar has been very consistent with the ball. He has taken 6 wickets from 4 games including a 3-wicket haul in the last match.

Suggested Playing XI No.1 for JAM vs DHA Fantasy Cricket: 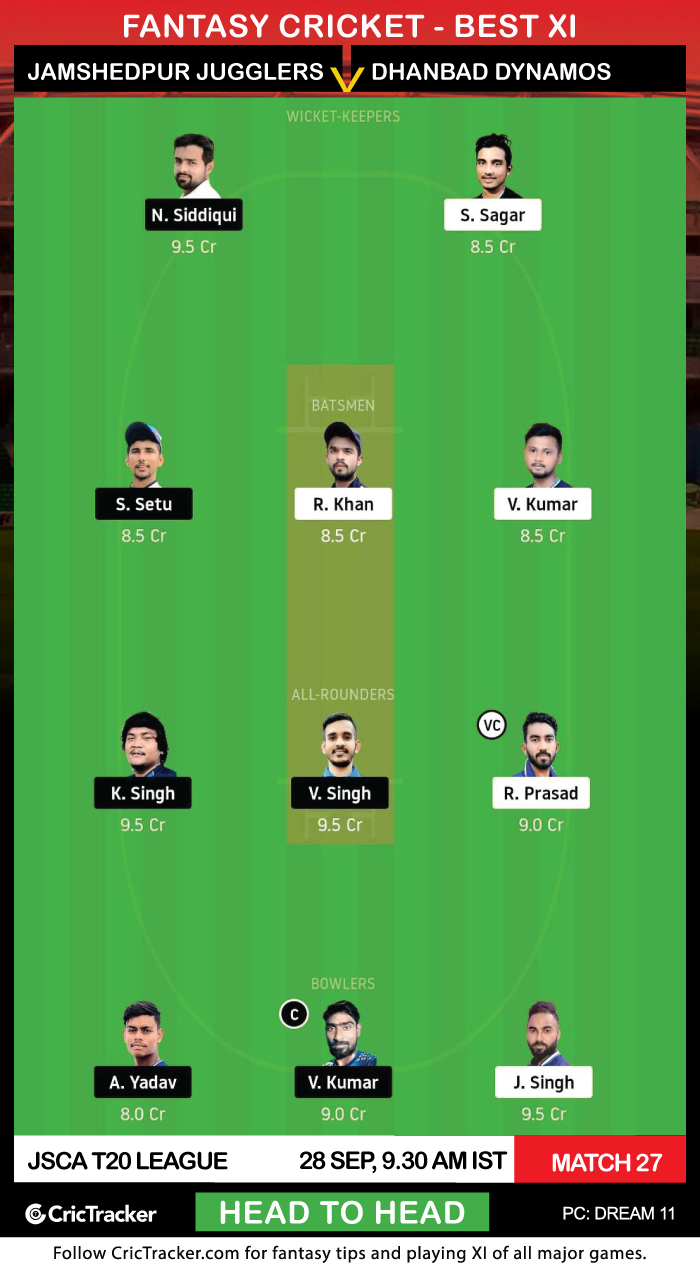 Suggested Playing XI No.2 JAM vs DHA for Fantasy Cricket: 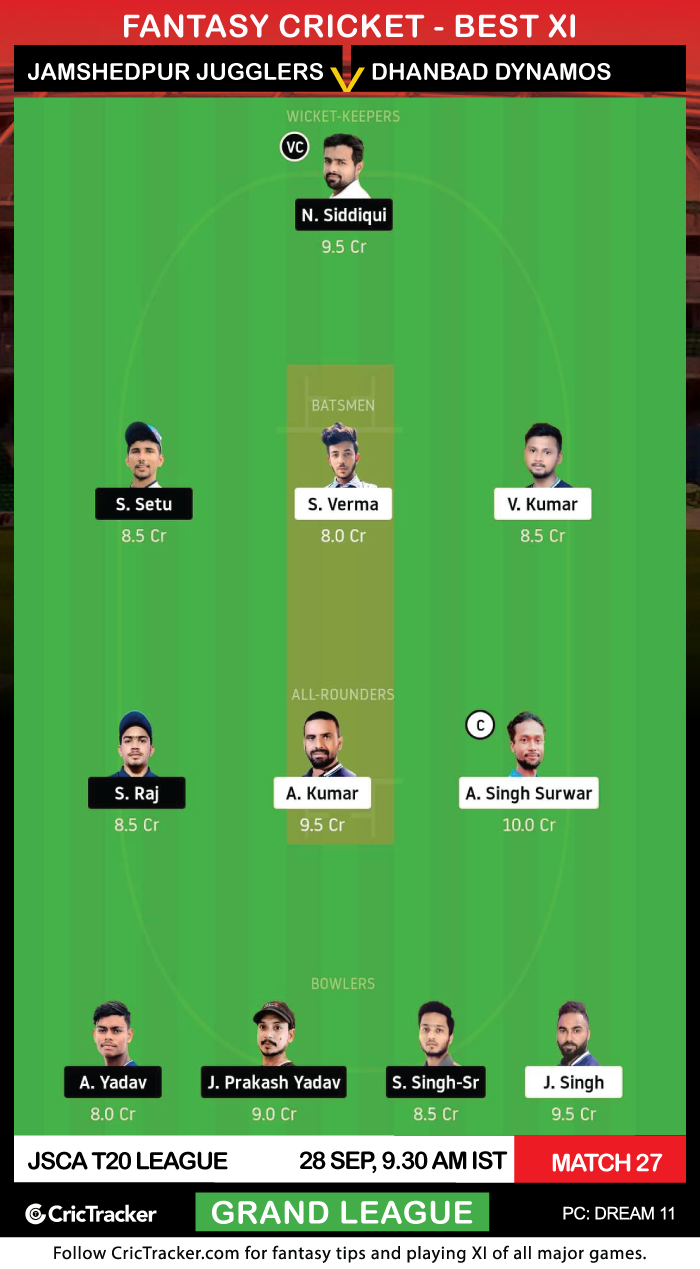 Try making Sahil Raj the Captain in your Dream11 Fantasy team because he is a good all-rounder and has the ability to change the face of the match at any moment.