Singhbhum Strickers are expected to win this match.

The 16th match of the Jharkhand State T20 League 2020 will be played between Singhbhum Strickers and Jamshedpur Jugglers at Jharkhand State Cricket Association Stadium, Ranchi.

The Singhbhum Strickers have gone all guns blazing in this tournament. They have won 3 of their 5 games in the league so far and are placed fourth on the points table. Cometh this game, they will be looking forward to winning by a big margin and thereby improving their NRR.

Jamshedpur Jugglers, however, have struggled thus far and are yet to open their account. They are presently tailing the table with 0 wins from their 5 matches. They were unlucky on a few occasions and must be eyeing for a big turn around in this game. The last match these two teams played, resulted in an easy win for Singhbhum. They won it by 6 wickets.

The weather hasn’t been a pleasing one in Jharkhand for the past few days and that has directly impacted the matches. The issue continues to remain even for this match. The temperature will be around 25° C. The chances for rain in this match is pretty high, along with thunderstorms. Rain might play a big factor in this match.

The pitch at JSCA Stadium, Ranchi, is generally batting-friendly. But in this tournament, there has been good support for spinners and medium pacers.

Bowlers with most maiden overs in IPL history

Kumar Suraj is one of the leading run-scorers of this league, scoring 142 in just 5 matches. He has an unbelievable strike rate of 125+. He has hammered the bowlers all around the park in this league so far.

Wilfred Beng is one of the most talented players from Jharkhand and has made the headlines in local newspapers on several occasions. The opener has shown consistency in scoring runs for his side and giving them a strong base. His registered knocks of 41, 35 and 39 against some of the strong teams in the tournament.

Vivek Kumar from Jamshedpur Jugglers is another strong opener in this tournament. With an astonishing strike rate of 132, the opener has got the calibre to score quick and crucial runs for the team.

Bal Krishna is the go-to bowler for the Strickers. He has hunted 7 scalps in his 5 matches so far.

Jaskaran Singh is the player that the Jugglers will bank on to dismantle the Strickers. He has picked 8 wickets in the league so far. The strike left-arm medium-pacer has performed exceptionally well so far. 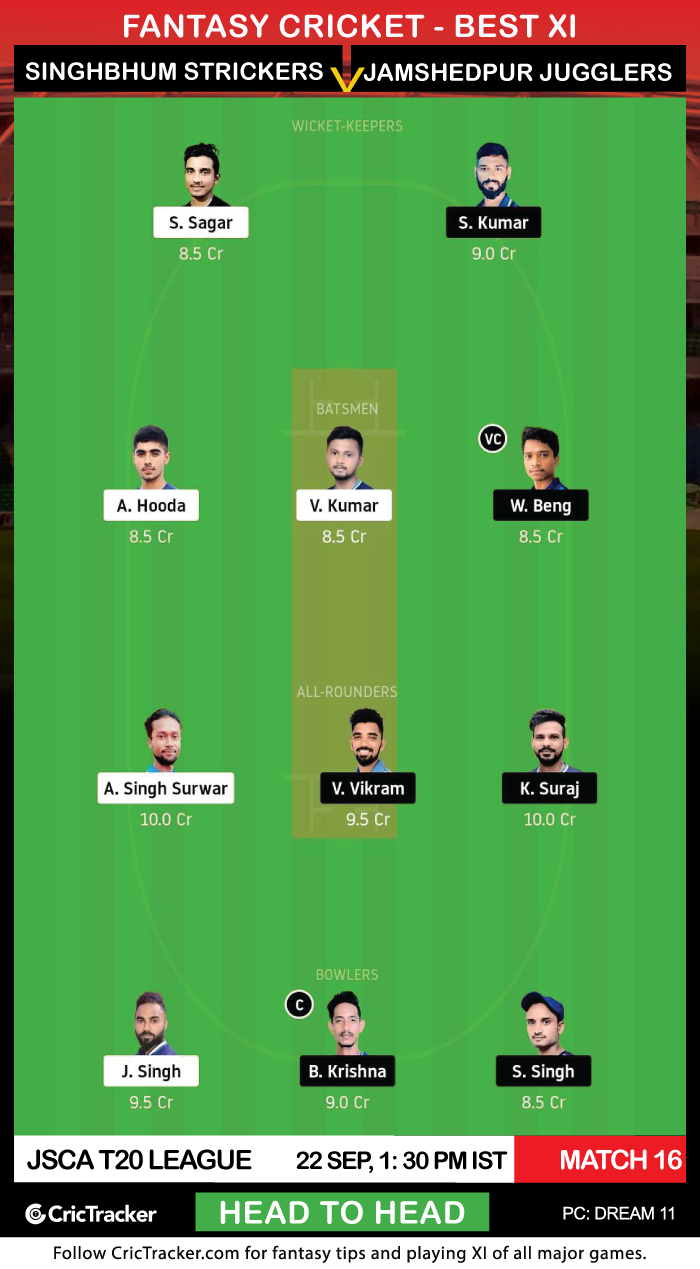 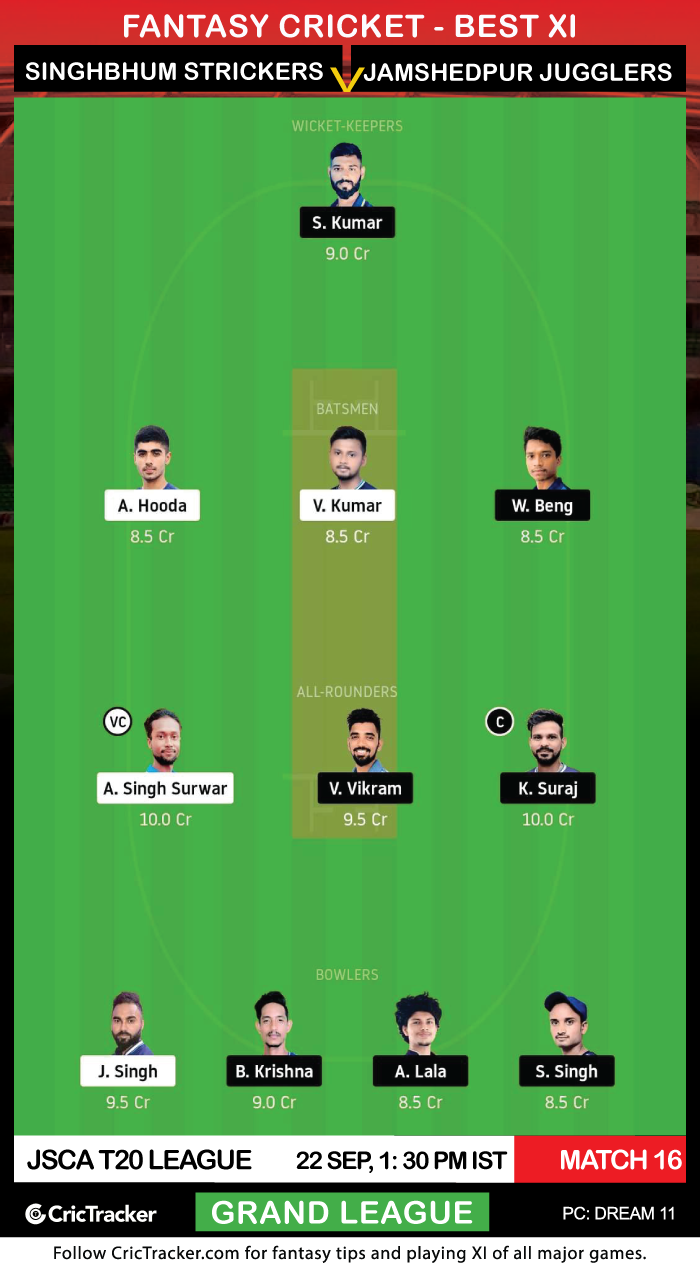 Fill in your teams with more bowlers and all-rounders. The pitch hasn’t seen any high scores so far. You can even prefer selecting all-rounders as your multipliers.

Singhbhum Strickers are expected to win this match.