It is advisable to pick more all-rounders in your Dream11 fantasy team.

The 16th match of the Jharkhand Women’s T20 Trophy 2021 will be played between Ranchi Roses Women and Dumka Daisies Women on 21st February at JSCA International Stadium Complex in Ranchi.

The match is scheduled to start at 02:00 PM Local time and IST, and it will be streamed live on Fancode.

Ranchi Roses Women will go one-on-one against the Dumka Daisies Women in the 16th match of the Jharkhand Women’s T20 Trophy 2021 on Sunday. Last time when both teams meet each other., the match got abandoned due to rain. But teams will be looking forward to winning this match and get some valuable points in their bank.

Both teams have won three out of six matches they played and the difference is of losses. Ranchi Roses Women have only lost a single match, while their two matches got abandoned. On the other hand, Dumka Daisies Women lost two matches their one match abandoned. Both the teams are evenly balanced and it will be interesting to see who will come on top.

It is going to be a sunny day in Ranchi on Sunday with the temperature hovering around 27 degrees Celsius. There is no forecast of precipitation for this match.

Bowlers will be very happy bowling on this kind of track. The average first innings score here is below 90 in the last four matches. The team batting second has won only 1 of the last 4 matches. Toss will be crucial for both teams and whoever wins the toss should bat first.

India vs England: Virat Kohli rushes out of the dressing room to celebrate Rishabh Pant's century

Monika Murmu has impressed everyone with her all-round performance in this season so far. She has scored 131 runs in just 4 innings at a strike-rate of 100+. She also picked up two wickets in the last match against Jamshedpur Jasmines.

Mamta Paswan was in brilliant form with the ball in the last match against Daffodils, where she picked up 3 wickets for his team. She can pick wickets at regular intervals.

Nidhi Buley is the most economical as well as leading wicket-taking bowler for Ranchi Roses. She scalped 3 wickets in the last match with two maiden overs in her quota of 4 overs. She can also score some crucial runs with the bat.

Devyani Prasad has scored 48 runs and picked up 3 wickets in this season. She is a key all-rounder for Dumka Daisies.

Priyanka Sawaiyan is a very consistent performer with the bat for Dumka Daisies in this tournament. She scored 69 runs in the last two matches for her team. 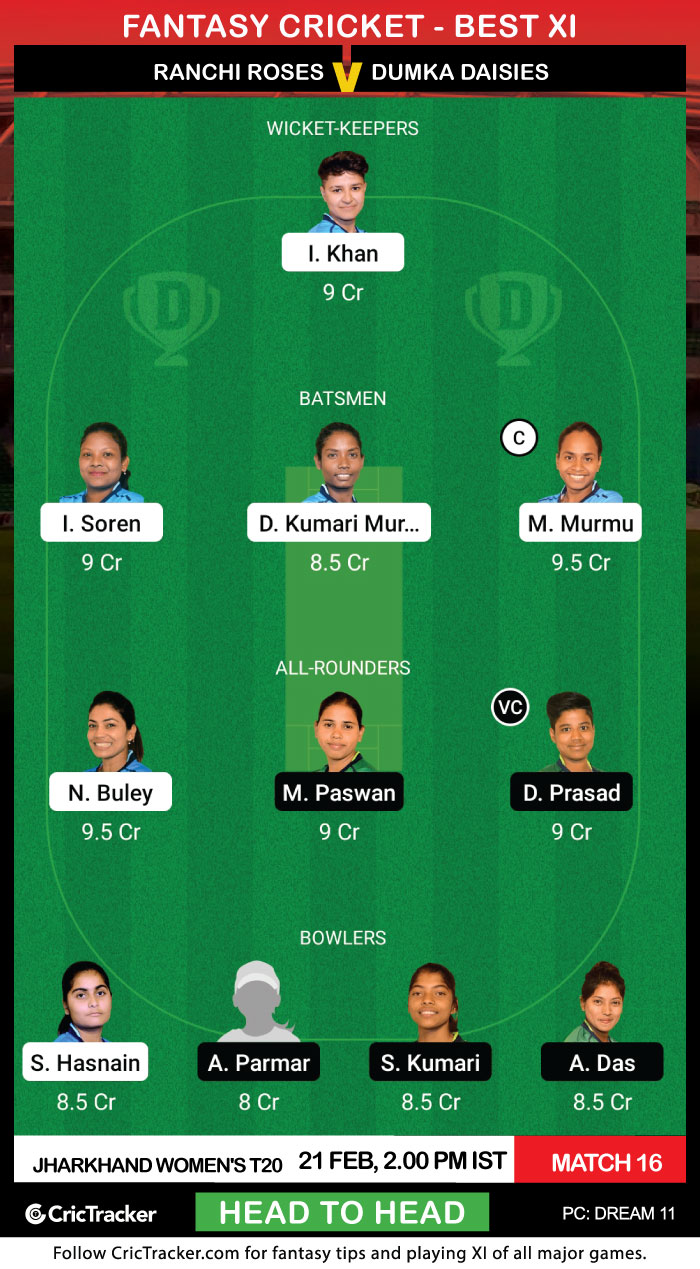 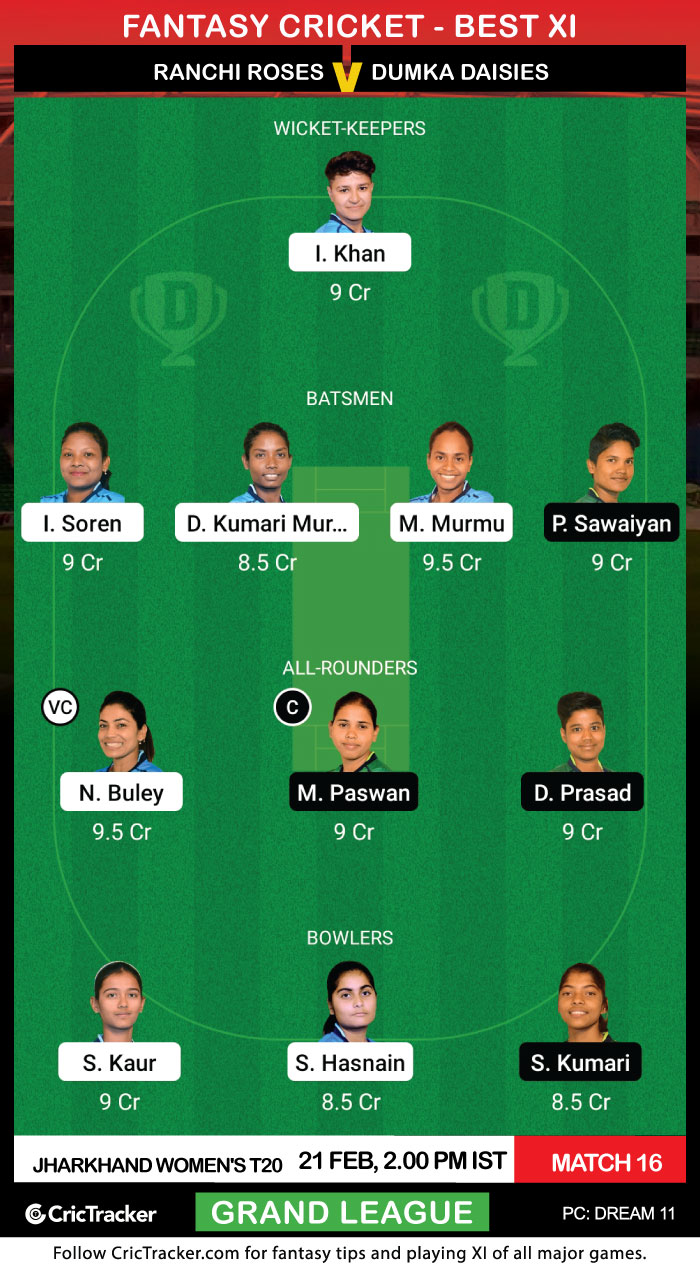 It is advisable to pick more all-rounders in your Dream11 fantasy team as they can provide you some valuable points with both bat and ball.

Ranchi Roses Women are expected to win this match.