Dumka Daisies are expected to win this match.

The 18th match of the Jharkhand Women’s T20 trophy, 2021 will be played between Dumka Daisies Women and Jamshedpur Jasmines Women Royals on 23rd February at JSCA International Stadium Complex, Ranchi.

The match is scheduled to start at 2:00 PM IST and it will be streamed live on FanCode.

Dumka Daisies and Jamshedpur Jasmines will play against each other in the 18th match of the Jharkhand Women’s T20 Trophy on Tuesday. Dumka Daisies played 7 matches and won 4 out of 7 and they are currently at 2nd position in the points table with 18 points.

It’s going to be a sunny day in Ranchi, Jharkhand with the temperature hovering around 29 degrees Celsius. There is no forecast of Precipitation for this match.

In the last 5 matches played on this ground, the side batting first has won thrice. So both the teams will look to defend the target and expecting a low-scoring game.

Rashmi Gudiya is the top run-getter in the tournament for Jamshedpur Jasmines with 143 runs and also when the last time JAM-W won the match, that time she won the player of the match award.

Priyanka Sawaiyan is the 2nd leading run-getter in the tournament with 169 runs at an average of 24. She is the opening batsman so she can face most of the deliveries if she stays in the crease and she is a very good bowler.

Mamta Paswan has bowled 4 overs against DHA-W and given just 4 runs and taken 3 wickets. Her bowling figures look like 4-2-4-3. In a T20 game bowling 2 maidens in a match is an incredible feat.

Devyani Prasad is a very good all-rounder for Dumka Daisies. She played really well in the last match with both bat and bowl. She won the last match for DUM-W by scoring quickfire 24 runs.

Anjali Das is one of the best bowlers for Dumka Daisies along with Mamta Paswan. 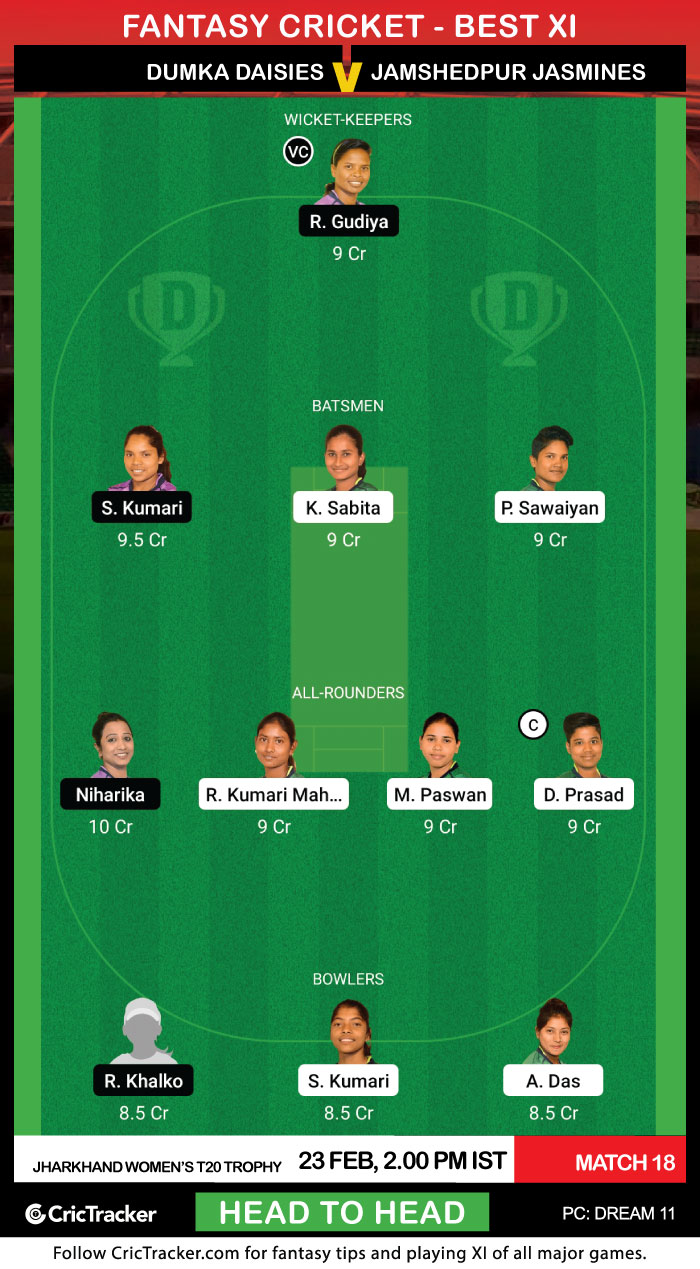 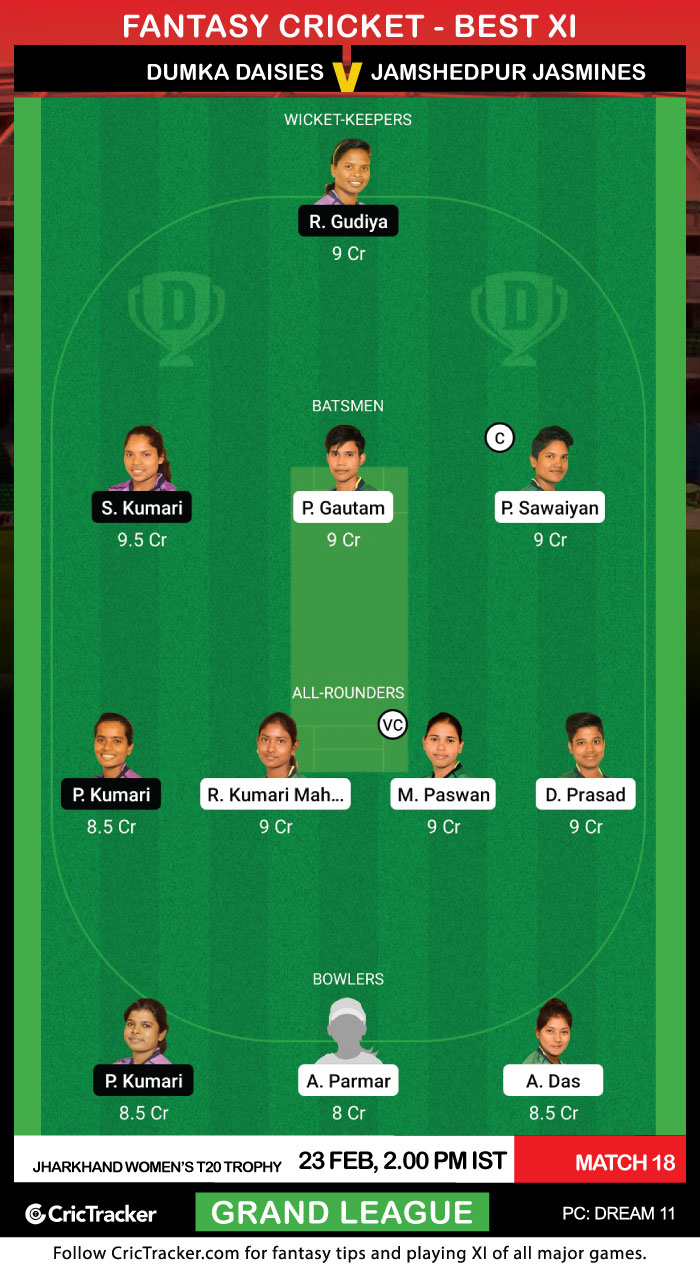 Actually, all-rounders tend to get more points because of their multi-skills, so keep D Prasad or M Paswan as your captain in your dream team.

Dumka Daisies are expected to win this match.

Disclaimer : This team is based on the understanding, analysis and instinct of the author. While selecting your team, consider the points mentioned and make your own decision.