Joe Root was in red hot form in the just concluded Test series against Sri Lanka. 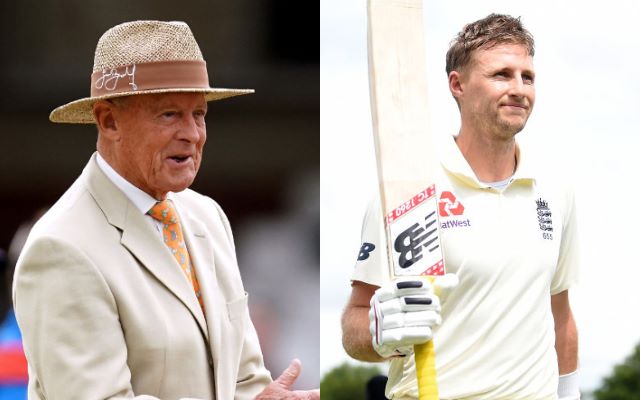 England just whitewashed Sri Lanka in the Test series concluded on January 25, and their skipper Joe Root has turned all the heads with his absolutely swashbuckling performance in the series. Root amassed 426 runs in four innings at an average of 106.50, which included two tons and the highest individual score of 228 runs. Due to the sheer heroics of their leader, hosts registered a 2-0 series sweep over Lanka on their soil.

In the same light, legendary Geoffrey Boycott believes that the prolific English skipper has all the talent and capabilities to surpass the record of Indian great Sachin Tendulkar in the purest format of the game. Boycott believes that he can break Sachin’s all-time record of being the highest run-scorer in near time. Root also became the four-highest run-getter for his nation and the first skipper to smash two double centuries.

Joe Root has the potential to play 200 Tests: Geoffrey Boycott

“Forget just scoring more Test runs for England than David Gower, Kevin Pietersen, and myself. Joe Root has the potential to play 200 Tests and score more runs than even Sachin Tendulkar,” Boycott wrote in a column for The Telegraph.

Boycott stated that Root is only 30and has played only 99 Tests where he already has 8249 runs in his bag. If he goes with this pace, he won’t have any difficulties in breaking Tendulkar’s record of 15k plus runs.

“Root is only 30. He has played 99 Tests and scored 8249 runs already. As long as he does not suffer a serious injury, there is no reason why he cannot beat Tendulkar’s all-time record of 15,921,” Boycott added.

Joe Root has worked on his batting a lot in COVID-19 lockdown: Boycott

Further, the legendary batsman stated that he would only like to compare Root with his contemporaries like Virat Kohli, Steve Smith, and Kane Williamson, who all are wonderful players. He believes that Root has done a lot of work on his batting in lockdown times. A player should be compared to his contemporary only and not the cricketers of the past era as every player is a product of their respective environment, reckoned the great batsman.