Although Ranchi Raiders lost their last match, Vivekanand Tiwary returned with figures of 5/24.

After losing the last match to Dhanbad Dynamos by two wickets, Ranchi Raiders will look to get back to the winning track when they lock horns with Bokaro Blasters in match number 11 of the JSCA T20 League. The Blasters are coming off a victory over Jamshedpur Jugglers in their previous match. Both teams will look to develop some consistency in the competition.

The Ranchi Raiders lost their first game but managed to record a win in their second fixture. However, they could not sustain the winning momentum against Dhanbad. Similarly, Bokaro had got off to a winning start, but they lost their second match to Dumka Daredevils by 14 runs.

The skies are expected to be cloudy for this match. Since there are no predictions for Sunday morning, the fans should get a complete 40-overs match. The temperature will loom around 29 degrees Celsius.

The pitch has been tough for batting as the teams have struggled to go past the 150-runs mark in this competition. Since the conditions will be cloudy, teams winning the toss may look to field first.

Although Ranchi Raiders lost their last match, Vivekanand Tiwary returned with figures of 5/24. Since the batsmen have struggled in this tourney, Vivekanand could make a huge impact in this game.

Captain Kumar Deobrat played a patient knock of 37 runs against Jamshedpur. He helped his team win the match by slamming one four and two sixes in his 36-ball knock.

Vikash Singh has been a match-winner for Bokaro Blasters. In the game against Jugglers, Vikash scored an 18-ball 40 and also scalped two wickets.

Roni Kumar was the star for Ranchi Raiders in their only win of the competition. Kumar top-scored against Jamshedpur, scoring 44 runs off 38 deliveries. 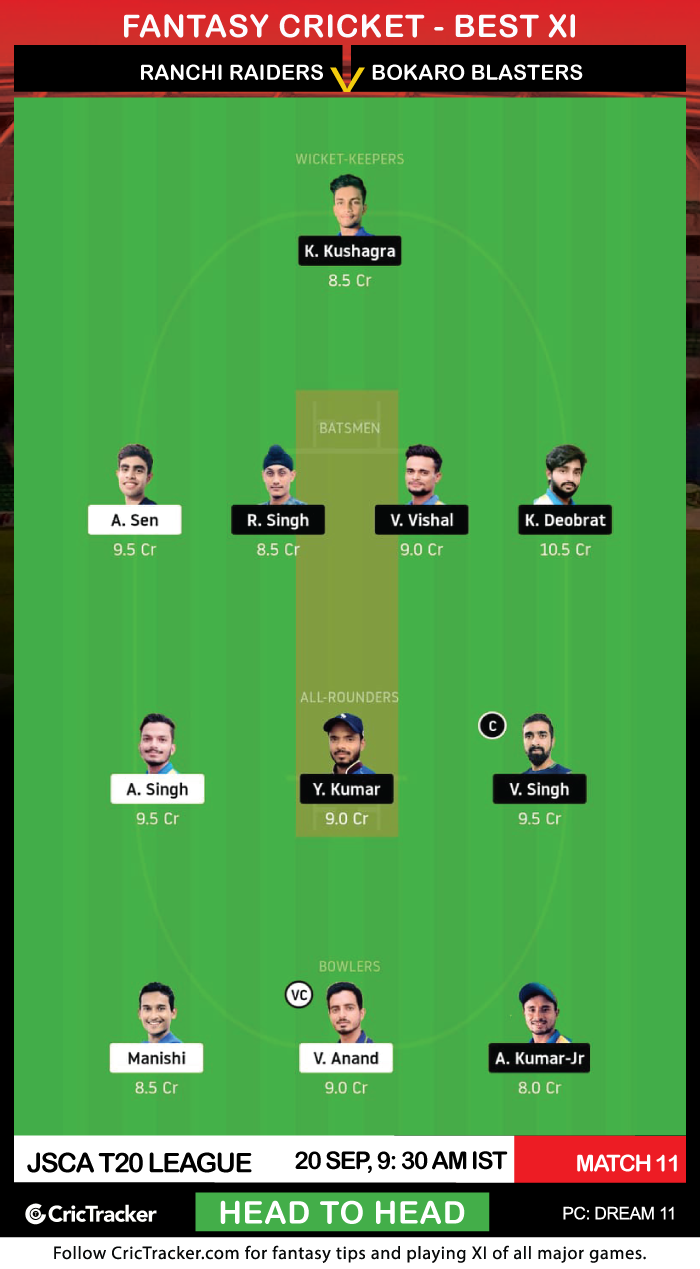 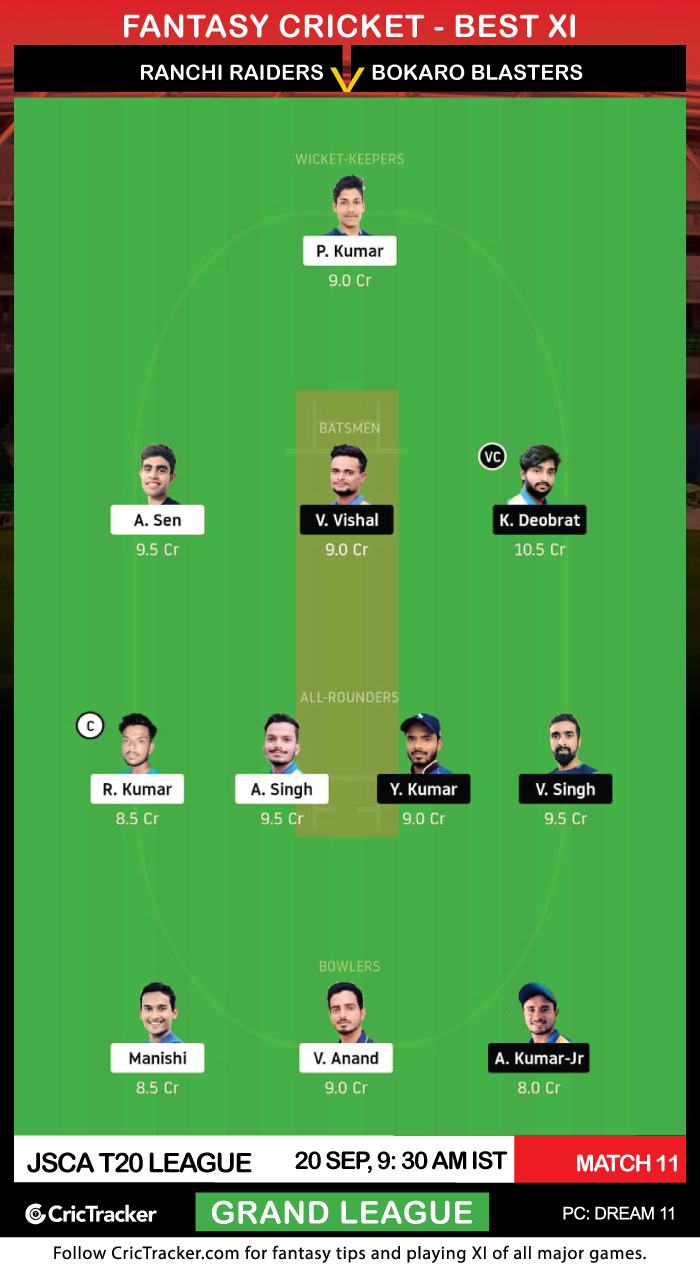 Aryaman Sen, the opening batsman of Ranchi can be backed to play a big knock in this contest. He scored a 47-ball 46 against Singhbhum Strikers in the first game. If he gets going, he can score many points in the batting section.

Bokaro Blasters is expected to win this match.