For the choice of the third batsman in your team, you can either go with Kumar Deobrat or Rajandeep Singh.

Coming out of a loss in their last match after winning their opening game, the Bokaro Blasters will be facing off against the Jamshedpur Jugglers, who have had a really tough start in the tournament, facing two losses in the first two matches that they played in. The Blasters played their matches against the Dhanbad Dynamos and the Dumka Daredevils. They successfully got past the Dynamos but failed to win the match against the Daredevils.

The Jamshedpur Jugglers, on the other hand, lost both the back to back matches they played against the Dumka Daredevils and the Ranchi Raiders. So, both the teams would come into this match, seeking a win, with one team wanting to open their account and other looking to get back to winning ways before things get out of their hands.

The weather on Friday would continue to be rough, with thunderstorms expected to plague the day, bringing the chances of precipitation up to 80 per cent and the temperature in the 27 to 30 degree Celsius.

The pitch at this ground has so far produced results, in favour of both the batsmen and the bowlers. So, the players in either of the two departments will have to bring their A-game on the field if they want to have any success.

Aryan Hooda, in the two matches he has played in so far, has scored a total of 72 runs, including one half-century, which shows that he is in good touch with the bat in hand.

Atul Singh Surwar has been in good touch with both the bat and the ball in hand. But his performances with the ball overshadow those with the bat in hand. He has played two matches and has taken 4 wickets while scoring 22 runs.

Ashish Kumar-Jr., in the two matches he has played in, has shown how capable he is with the ball. He kept the flow of runs in check, has taken a total of three wickets.

Jaskaran Singh looks to be in excellent form with the ball in hand. In the two matches he has played in, he already has two wickets to his name in total. 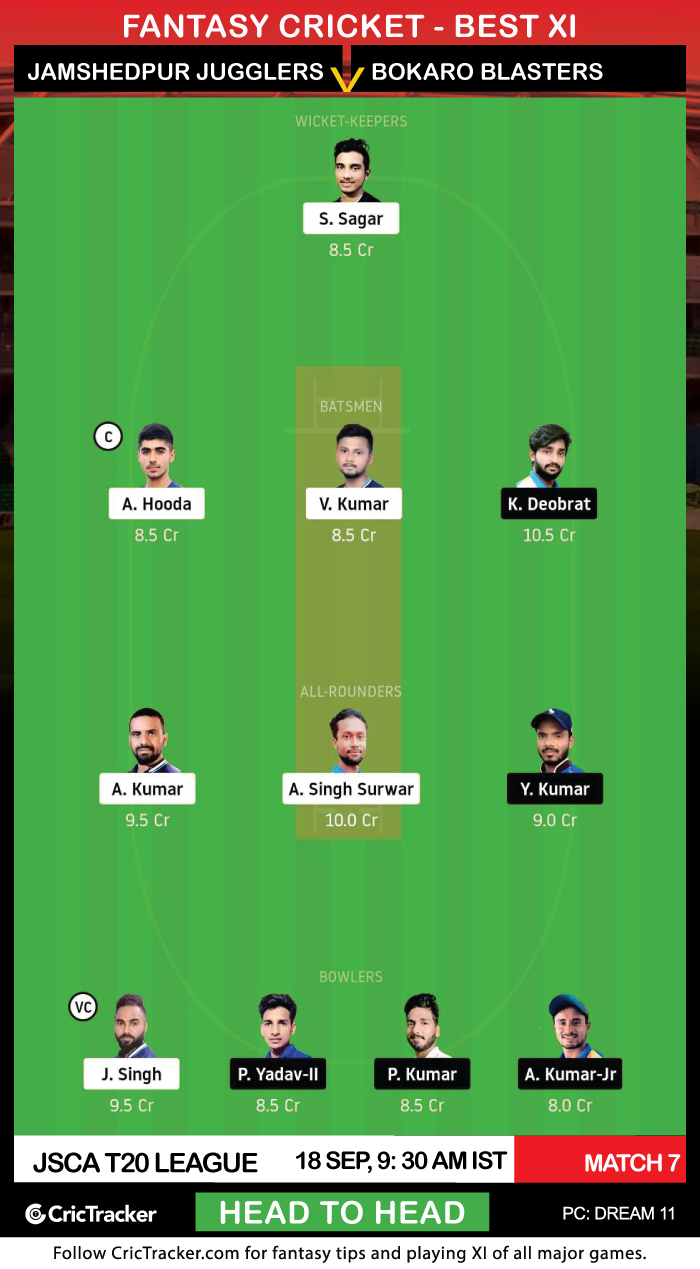 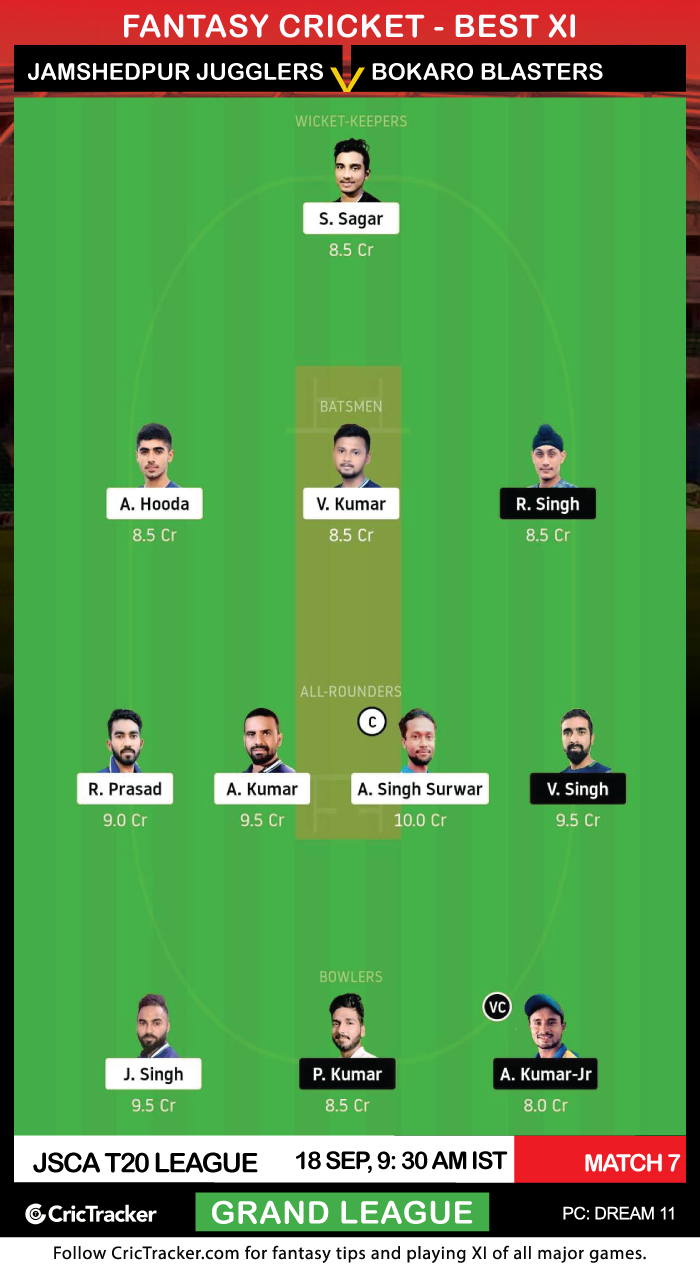 For the choice of the third batsman in your Dream11 Fantasy team, you can either go with Kumar Deobrat or Rajandeep Singh. Both of them have looked to be in good touch with the bat and can give returns on the investment you make on them.

The Bokaro Blasters are expected to win this match.