Kalighat Club skipper Subham Chatterjee has scored 94 runs in 2 matches at an average of 47 with a strike rate of 125.33.

The 9th match of the Bengal T20 Challenge will be played between Kalighat Club and Calcutta Customs Club at Eden Gardens, Kolkata.

The match is scheduled to start at 12: 00 PM local time and IST and will be streamed live on Fancode.

Kalighat Club and Calcutta Customs Club will go one on one against each other in the 9th match of the Bengal T20 Challenge on Saturday. Kalighat CC will be playing their 3rd game of the tournament. With one win and a loss, they are at 5th position in the standings with 4 points. In their first encounter, they lost to Town Club by 3 wickets as they couldn’t defend 6 runs in the last over of the game. Even their second match went for the last over against Mohun Bagan but this time they won the match by 4 wickets with one ball to spare. They want to carry the same momentum for the rest of the series.

On the Contrary, Calcutta Customs Club has played 3 matches so far and is at 2nd spot in the table with 8 standings with a +0.16 run rate. They are coming back after a successful win against Town Club by 8 wickets. Suvankar Bal was the main architect in the run chase, and he rewarded Man of the Match for unbeaten 57*. Their bowling has been right up to the mark in the last couple of matches as they restricted the opposition for low scores. Win against Kalighat Club will take them to the top of the table.

It’s going to be sunny in Kolkata with a temperature of  28 degrees Celsius and the humidity will be 56 percent. There are no chances of precipitation for this match.

The Surface is offering plenty of support for bowlers especially for the spinners, spinners are getting good turn and bounce and it’s getting difficult to score against them. The batters need to stick for a longer period of time to score big runs.

Also Read:  Sad there is a communication gap between Virat Kohli and Rohit Sharma: Ashish Nehra

I will prefer to give rest to Jasprit Bumrah and Mohammed Shami in some of the matches: Kiran More

Kalighat Club skipper Subham Chatterjee has scored 94 runs in 2 matches at an average of 47 with a strike rate of 125.33.

Suvankar Bal has scored 87 runs in 3 innings at an average of 43.5. In the previous match, he played a crucial match-winning knock of 57* against Town Club.

Shreyan Swarup Chakraborty has picked up 6 wickets in 3 matches at an excellent economy of 5. 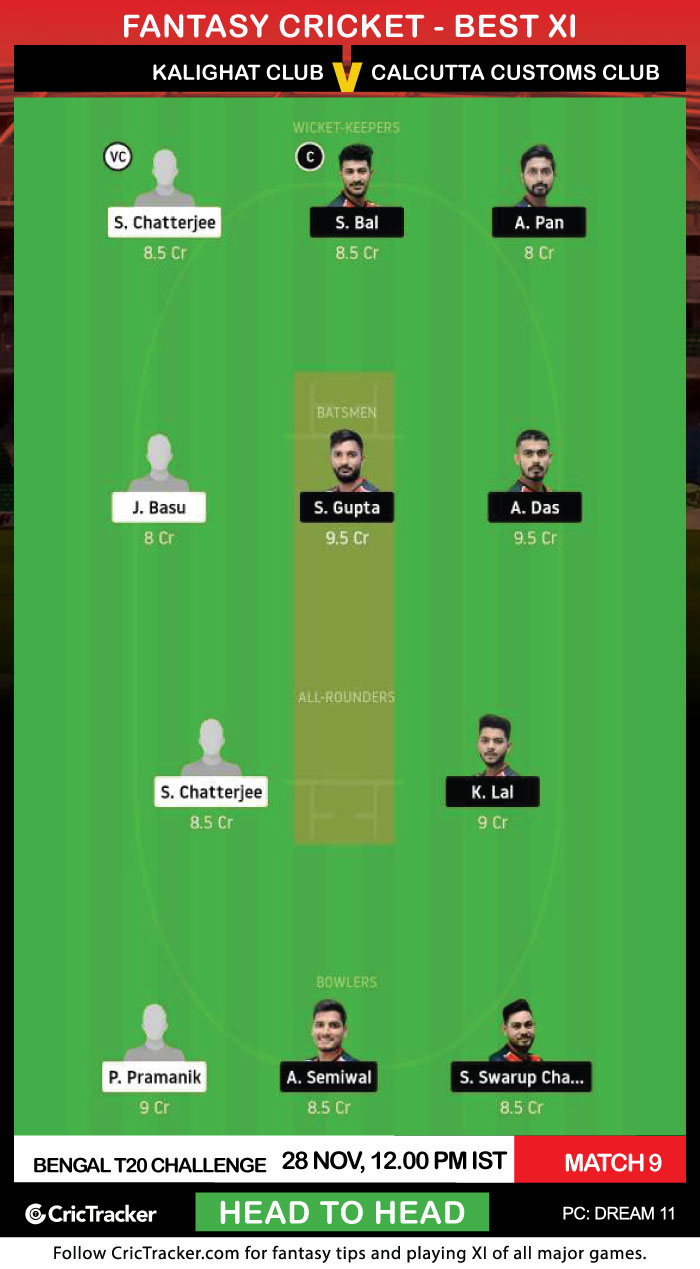 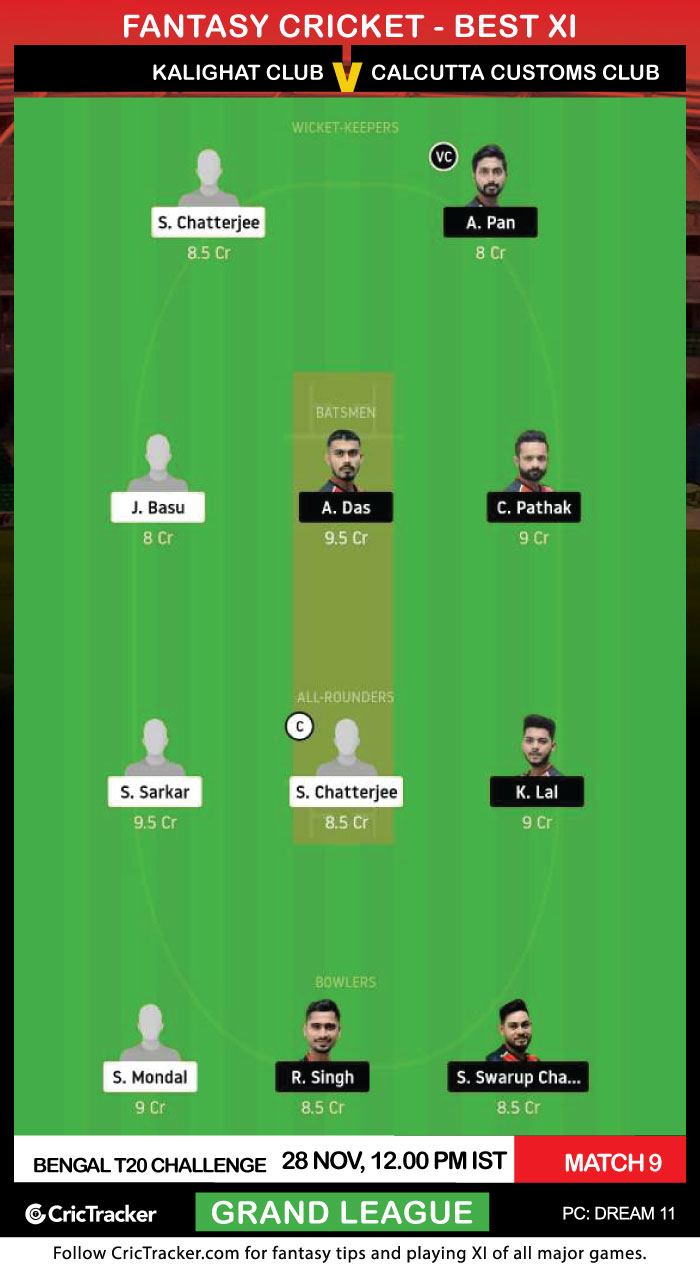 Suvankar Bal and Abhishek Das are in good form for Calcutta Customs Club, they have 181 runs between them in 3 matches. Both should be included in your Dream 11 fantasy team.

Kalighat Club is expected to win this match.