Both sides have lost their respective first games and looking forward to getting their first points on the table.

Karachi Kings will face Quetta Gladiators in the 2nd doubleheader on Saturday. Karachi Kings failed to score runs on the slow wicket in the inaugural game of the tournament against Multan Sultans and lost the match by 7 wickets. They have got immense talent in their batting line-up and just need one good match to get themselves going.

Quetta Gladiators on the other hand, too lost their first game of the tournament in a thrilling finish over Peshawar Zalmi by 5 wickets in the final over of the match. Will Smeed who played his first PSL game shined with the bat despite the losing cause. Bowlers should back their batters in the upcoming games.

We witnessed the contrasting behavior of the surface in the first couple of days where bowlers and batters had equal success. It will be interesting how the surface behaves in this match.

Babar Azam struggled to find his timing right in the opening game against Multan Sultans. He batted at a strike rate of 79.31 and managed to score 23 runs.

Will Smeed announced his arrival in a grand fashion with a scintillating 97 runs against Peshawar Zalmi, his knock comprised of 11 fours and 4 sixes.

Mohammad Nabi is the most experienced T20 player in the Karachi Kings setup. He scored 10 runs and picked up 2 wickets against Multan Sultans.

Mohammad Nawaz will give more options for his skipper. He can bat up the order and pick wickets with the ball as well. He scalped 3 wickets and scored 5* runs against Peshawar Zalmi.

Aamer Yamin bowled only 2 overs in the first game against Multan Sultans and went wicketless. He has played close to 100 T20s in his career and is a good pick for your fantasy teams.

Naseem Shah was economical with the ball against Zalmi when other bowlers went for runs. He picked up a wicket at an economy of 5.18.

Joe Clarke took his time against Multan Sultans and scored fighting 26 runs from 24 balls. He is a good striker of the cricket ball, and we can expect much improved performances from him in this match.

KAR vs QUE Must Picks for Dream11 Fantasy Cricket: 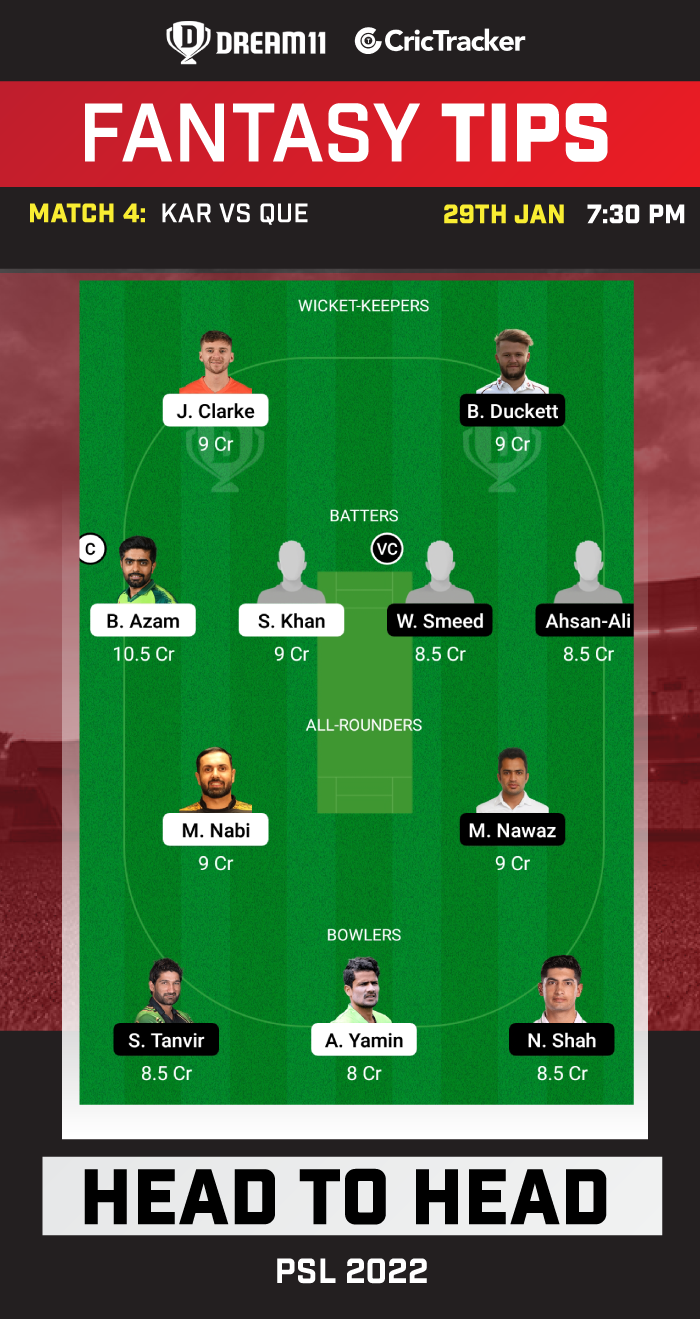 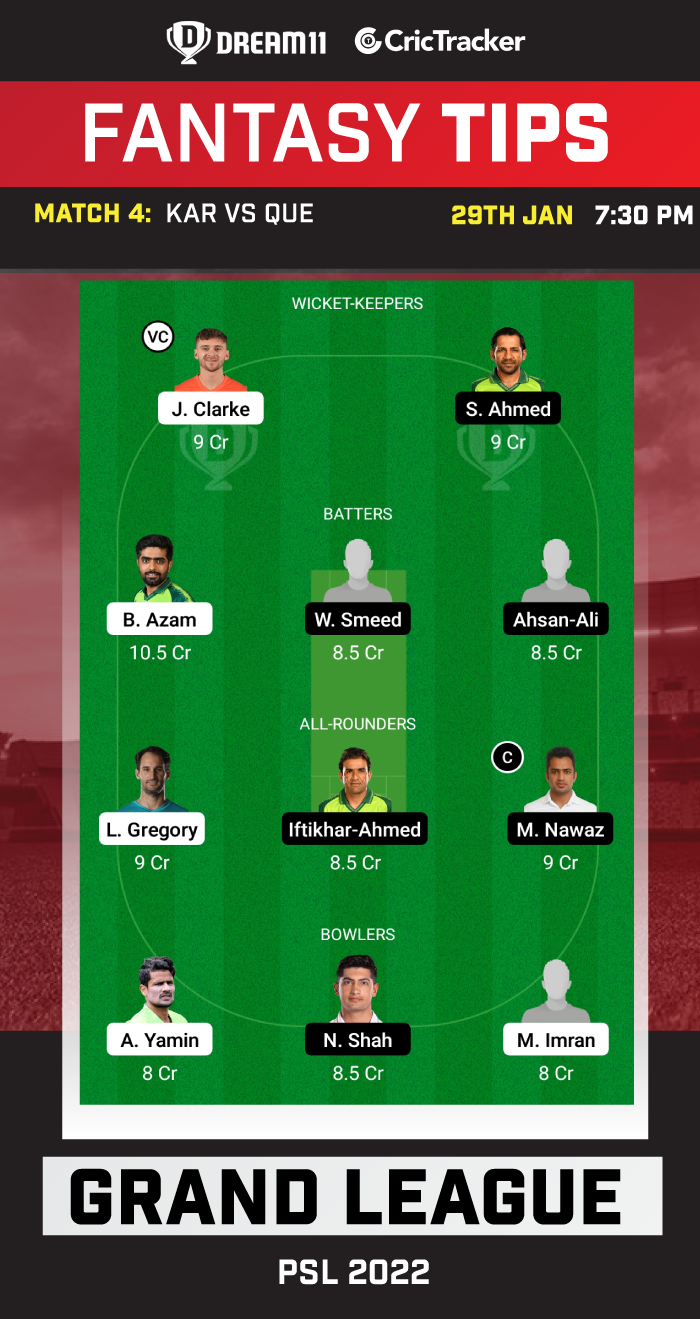 Lewis Gregory has international experience playing for England. He has scored 14 runs in the last game against Multan Sultans. He is a risky captaincy pick for your fantasy teams.

Ahsan Ali played a blinder of a knock against Peshawar Zalmi where he scored 73 runs from 46 balls which includes 8 fours and sixes. It’s worth a risk and you can pick him as your fantasy team skipper.

Ashir Qureshi is inexperienced, and he went 10 runs an over against Zalmi, it’s better to avoid him while making your fantasy teams.