Ben Dunk played an innings of 99 against Karachi earlier this season. He has SR of 200 against them. 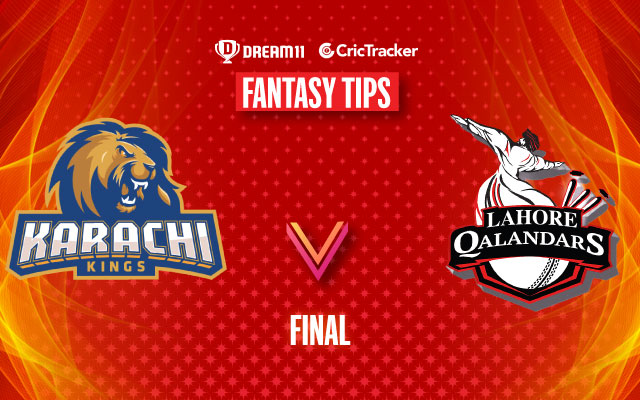 The Final match of the Pakistan Super League 2020 will be played between Karachi Kings vs Lahore Qalandars at the National Stadium, Karachi.

The fifth edition of the Pakistan Super League lights up as the tournament will get a new winner on Tuesday. Karachi Kings are taking on their biggest rival Lahore Qalandars in the big final of PSL 2020 in Karachi. Karachi Kings won a thrilling Super Over in the Qualifier against the table toppers, Multan Sultan, and reached the PSL Final.

Mohammad Amir and Babar Azam’s performance made them through to their first PSL Final. Karachi restricted Multan at 141 in 20 overs and was comfortably chasing the target till Babar was in the middle. However, after a minor collapse, it was Imad Wasim’s 27 runs which pushed the game into the Super Over. Overall, Karachi has a good combination of local players and is expected to maintain the same XI for the final. They have a good record against Lahore with six wins in ten games and are expected to continue their domination to win the title.

On the other side, Lahore Qalandars are in superb winning form as they reached the PSL Final after being qualified for their first playoffs. It was all about the David Wiese show which steered Lahore to a 25 run victory over Multan Sultans in Eliminator 2. They have a good batting depth with some serious quality in their pace attack. They have reached the final for the first time and are believed to win the tournament. With the advantage of playing an extra match, Qalandars will be very hard to defeat in the big final on Tuesday.

The weather forecast shows zero chances of rain during the final in Karachi. The temperature will drop down to 22 Degree Celsius with the dew factor coming into play once again.

It has been a perfect pitch at the National Stadium in Karachi for a T20 Match. The batting team will enjoy scoring against the new hardball during the powerplay once again. The ball stops coming into the bat during the middle overs. Whichever team plays the middle overs in a more sensible way, will have an edge over the opposition in the final.

Shaheen Shah Afridi has picked up 17 wickets at SR of 15.2. He took four wickets in the playoffs so far.

Babar Azam has 410 runs this season so far at an average of 51.25 and sitting at the top of the run-scoring chart. He scored a brilliant 65 in the Qualifier match against Multan. Babar Azam has the highest runs in this Karachi vs Lahore fixture.

Mohammad Hafeez scored a brilliant 74 off just 46 in the first Eliminator. He is in fine form and expected to score high in the final as well.

David Wiese scored a match-winning cameo of 21-ball 48 and took three big wickets to win the Eliminator 2 against Multan. He has been in fine form with SR of 208 during the death overs this season.

This is the best we’ve played in 13 years: MI franchise owner Akash Ambani 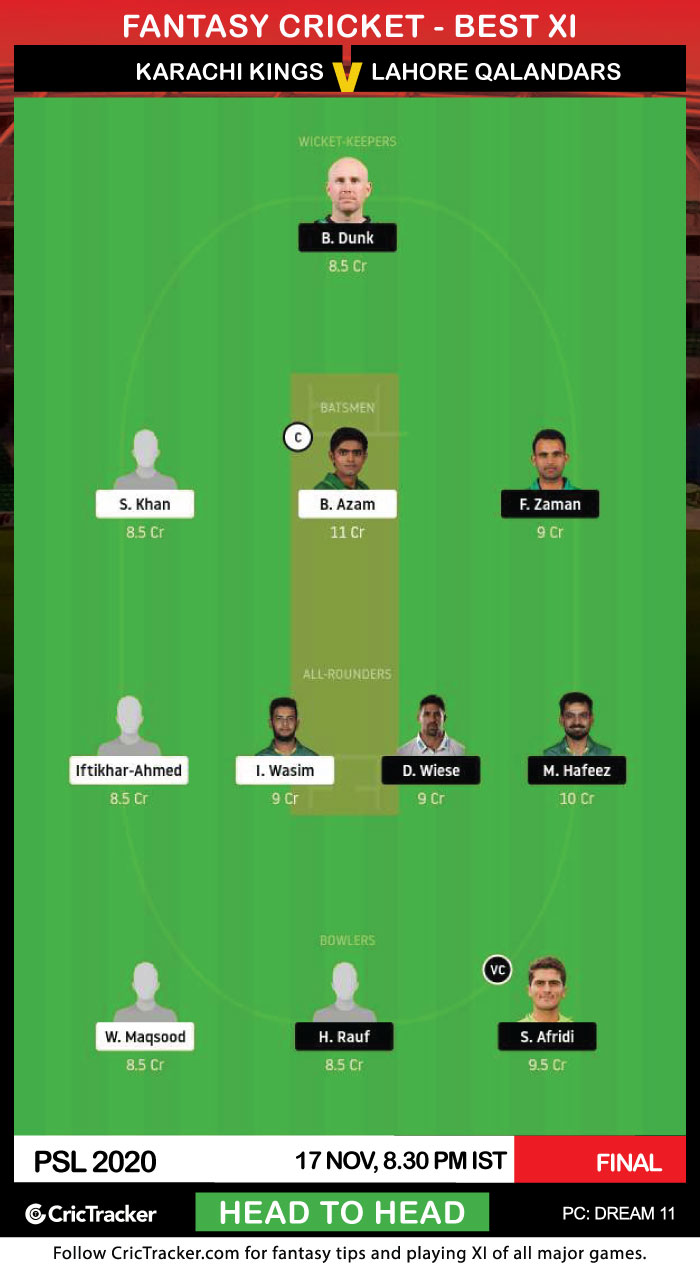 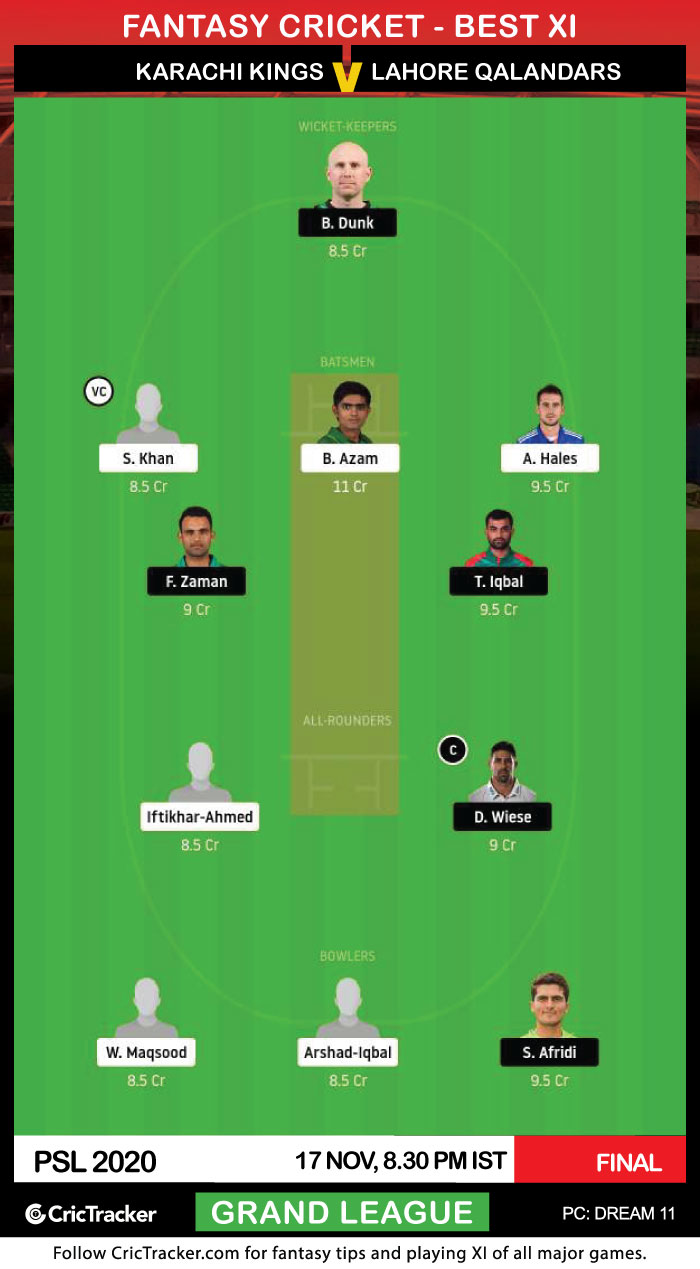 Mohammad Amir has 10 wickets till this fixture. Ben Dunk played an innings of 99 against Karachi earlier this season. He has SR of 200 against them.

Lahore Qalandars is expected to win this match.