Owned by Cycle Pure Agarbathies, the Karnataka Premier League (KPL) franchise Mysuru Warriors set to take the field from September 3rd in the 4th edition of the league. Established in 1948, The Cycle Pure Agarbathies, who belong to NR group, have also powered the ongoing Sri Lanka vs India Test series. Catch the live action of Karnataka Premier League from 3rd to 20th September on Sony Six.

The Mysuru Warriors won the previous edition of KPL in 2014 under the captaincy of promising star batsman Manish Pandey. The 25-year old will be now looking to repeat the last season heroics to defend the title. The Mysuru Warriors team staff has managed to trade some good exciting players which have put them among the title contenders already.

Here we look at all the players who will be playing for Mysuru Warriors in this season.

Manish Pandey, the captain of Mysuru Warriors, is easily the most familiar name in this squad. Manish Pandey, who made his international debut recently, would like to carry on the confidence into KPL as well. Pandey will like to put on a better show than that of previous edition, where he failed miserably. Pandey’s T20 skills might not be needed to discuss as he is the first Indian to score a century in Indian Premier League and had already played many match winning knock for his IPL sides. 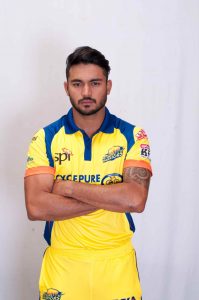 Jagadeesha Suchith was the leading wicket taker in previous edition of KPL, where he played most important role towards Mysuru Warriors’ title achievement. He was part of the Mumbai Indians in IPL, who were the champions in the latest of the 8 editions where Suchith picked wickets of some big names. With the experience Suchith has gained since the last KPL season, he will be looking to improve himself as a perfect all-rounder, as the left hander can turnout into a handy middle and lower order batsman. 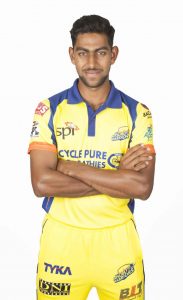 Karnataka’s premier Wicket Keeper-batsman, CM Gautam has been a responsible player for his Ranji side in the last couple of years. He was the second-highest run-getter of the 2012-13 Ranji Trophy season. A significant contributor to his state’s success over the last few seasons, he was with the Delhi Daredevils during IPL 2013, where he featured in three games. In IPL 2014, Gautam represented the Mumbai Indians before being bought again by DD in the 2015 Player Auction. The stylish wicketkeeper batsman will be looking to use all of his IPL experience to perform well in KPL 2015. 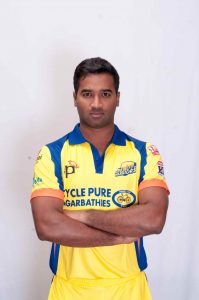