Athreya Cricket Club are expected to win this match.

The wickets at Sanatana Dharma College Ground have been balanced in recent matches, so the pacers should find some movement with the new ball. Chasing should be preferable, with the team winning the majority of matches while batting second. Eventually, the spinners might enter the picture as well.

Ravi Bishnoi will be a big star for India in the upcoming years: Rashid Khan

Rakesh KJ has had a good tournament with the bat and the ball, scoring 184 runs and claiming three wickets in six games at an impressive batting average of 36.80. He is expected to do well in this game as well.

Athif Bin Ashraf has bowled beautifully in the competition so far, taking 12 wickets at an average of 10.83 in five games.

Akshay Chandran looked impressive and displayed his all-round abilities in the competition, amassing 88 runs and taking 9 wickets at an average of 11.50  in six games.

Salman Nizar had a rare failure in both of his previous games, and he has already collected 126 runs at an average of 25.20 in six games. Given his abilities, he is an easy choice for this game.

ACC vs BKK Must Picks for Dream11 Fantasy Cricket: 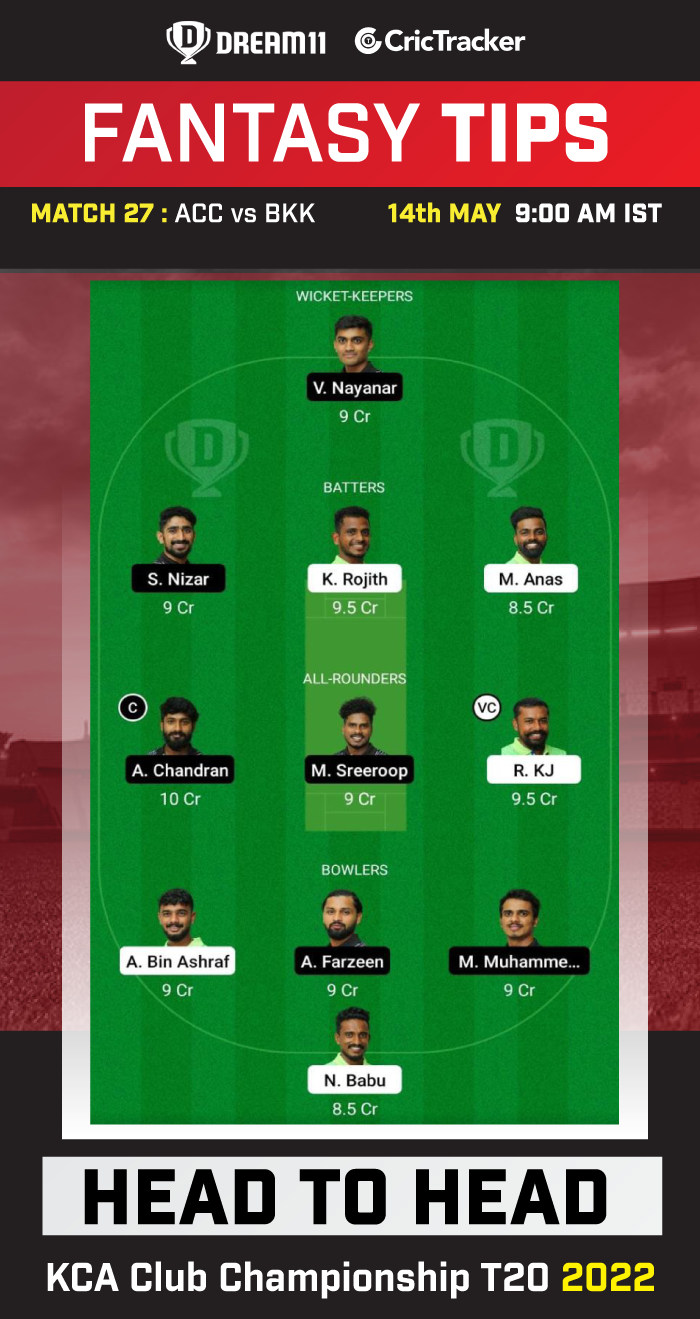 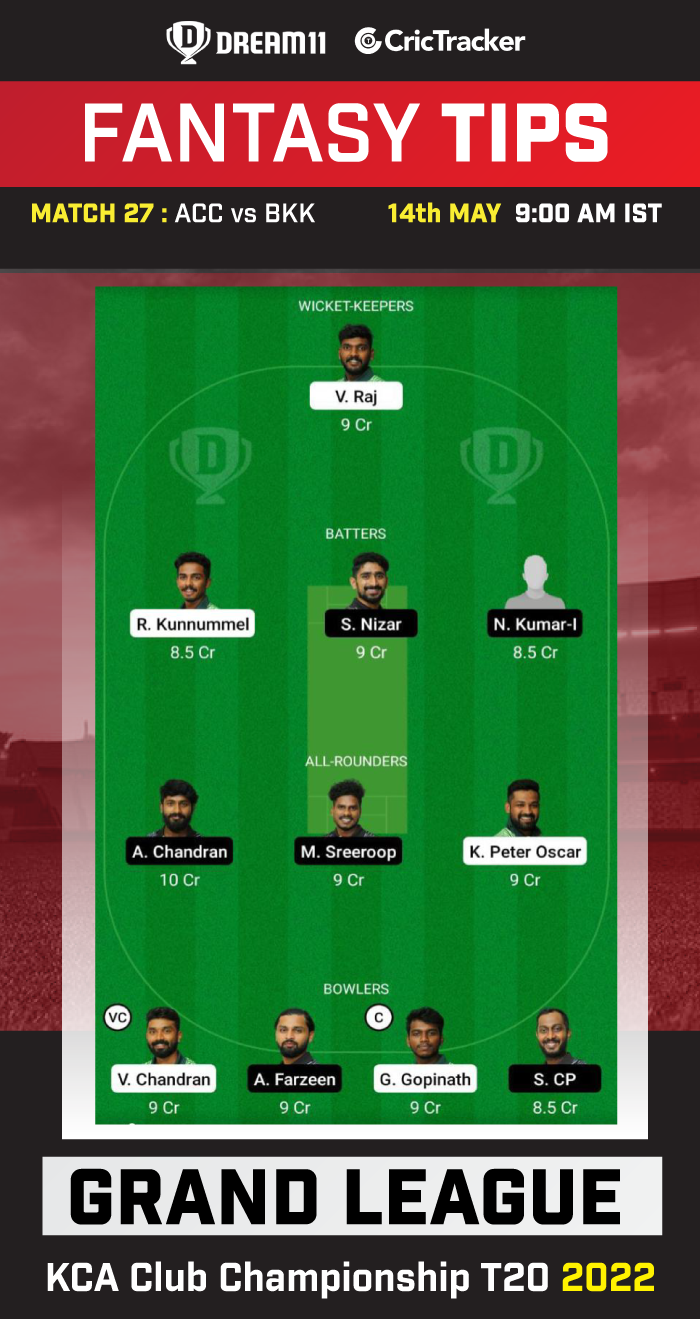 Athreya Cricket Club are expected to win this match.