Team Amber are at 3rd position with three wins from five encounters and a net run rate of +0.007. They won their last encounter against Team Pearl by 7 runs and will look to continue their winning momentum to qualify for the semis.
On the other hand, Team Sapphire have won four of their five matches and are at top of the table with 16 points and a net run rate of +0.458. Team Sapphire lost their last match against Team Ruby by 10 runs due to VJD Method. Team Sapphire beat Team Amber by 8 wickets in their last meeting.

Pitch Report: This is mostly a balanced track with equal help for the batswomen and the bowlers. So, all-rounders are likely to be successful here.

George Jincy has scored 122 runs and picked up 3 wickets so far in this tournament. Her consistency makes her a reliable captaincy choice in this game.

Diya Gireesh has scalped 7 wickets in 5 games with an economy of 6.64 runs per over. Her wicket-taking abilities in key situations makes her a must pick in your team. She can be handy with the bat in the middle order.

Sajeevan Sanjana has been impactful with both bat as well as ball in this tournament and will be eyeing for a big performance once again. She has scored 72 runs on an average of 36 in this tournament so far and has also scalped 9 wickets.

Bhoomika Umbraje is a must pick among the batsmen. She is the third-highest run-scorer in this KCA Pink T20 Challengers, having amassed 147 runs at an average of 37.

AMB vs SAP Must Picks for Dream11 Fantasy Cricket: 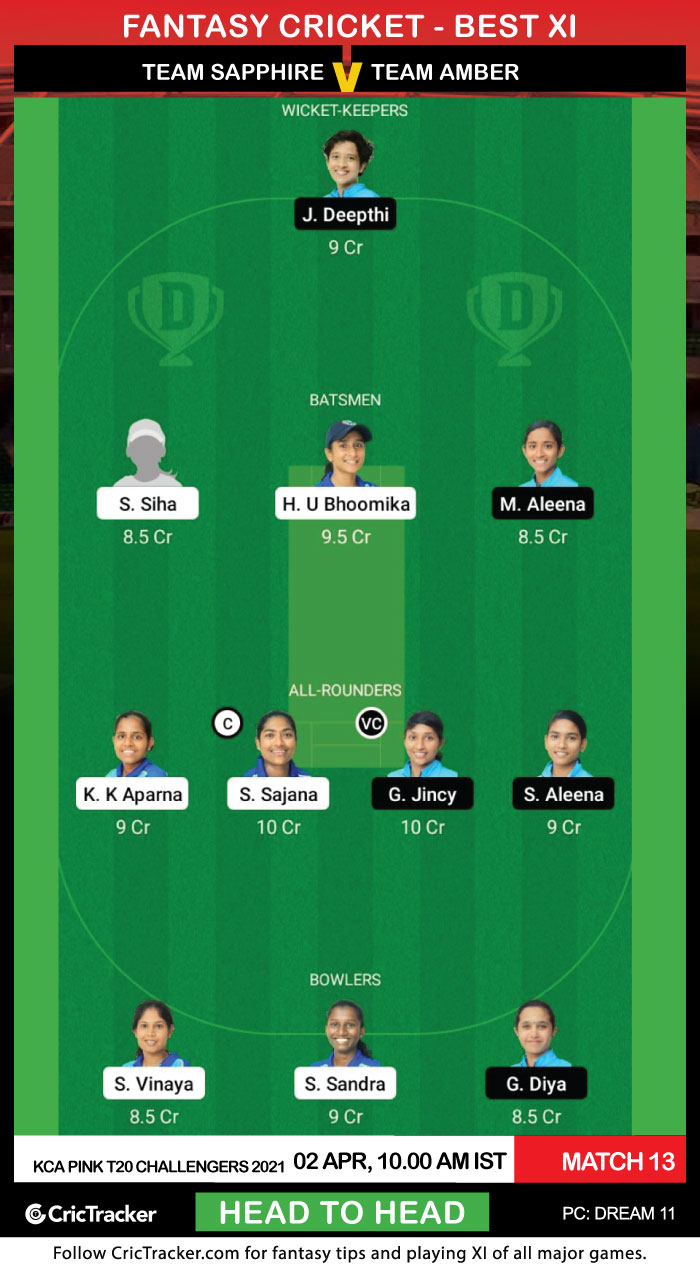 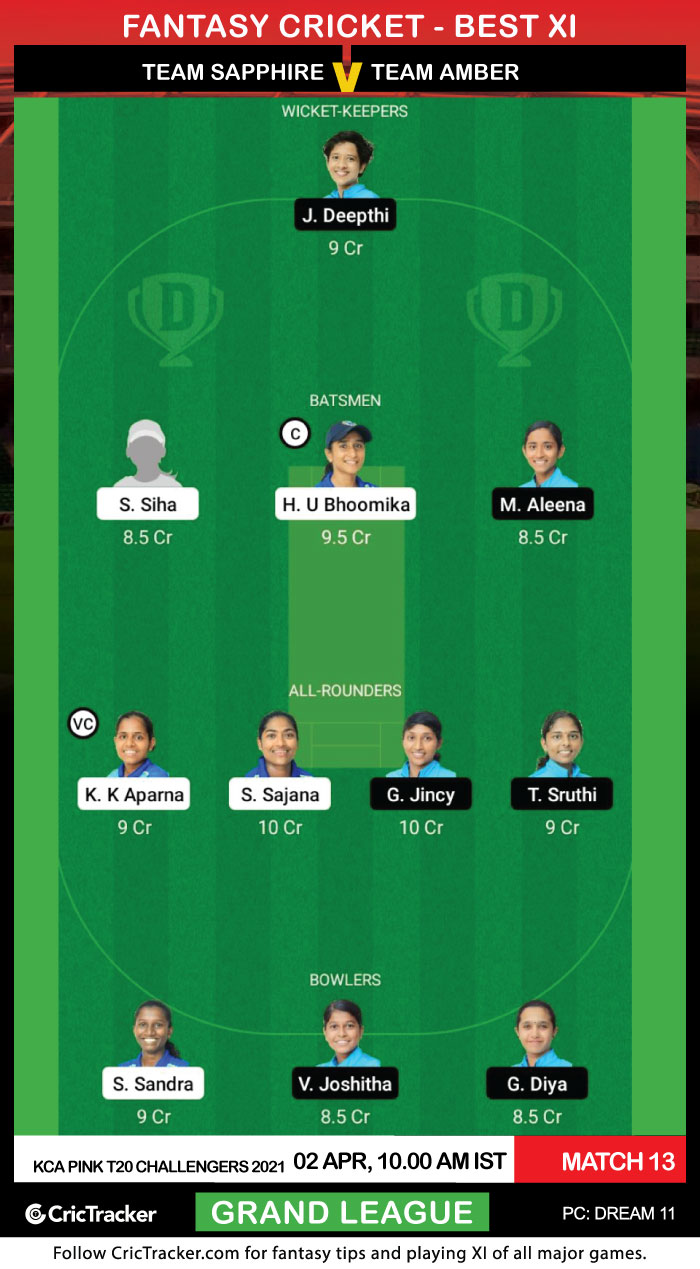