Team Pearl are expected to win this match.

Match 14 of the KCA Pink T20 Challengers will see Team Emerald take on Team Pearl on Friday. Team Emerald is having a disastrous season so far. They are yet to register their first win of this season, having lost all the four matches they played so far and currently placed at the bottom of the points table.

On the other hand, Team Pearl has won 2 out of their 5 matches and are currently placed just above their opponents on the points table. They will need to pull up their socks if they want to make a move up the points table. When last time they met, Team Pearl emerged victoriously. They won the game by 6 wickets.

The pitch at the SD College Ground is on the slower side, with the batswomen having to bide their time in the middle before going big. The pacers should get the ball to swing, making it difficult for the batsmen to get going from the word go. As the match progresses, the pitch should get slower. As a result, both teams will prefer batting first upon winning the toss. 120-130 should be a very good total, with spin expected to dominate the proceedings.

Mani Minnu has been in great touch with both bat and ball this season. She has scored 39 runs at a strike rate of 85 and has picked up 7 wickets at an economy rate of just 4.38 runs per over.

Aneena Mathew performed well with the ball in the last couple of matches. She is one of the most economical bowlers from Team Emerald and has picked up 4 wickets in her 4 outings.

Keerthi James has impressed everyone with her all-round performances this season. She has scored 50 runs at a strike rate of close to 130 and has also picked up 3 wickets at an economy rate of just 4.88 runs per over.

Drishya I V is one of the consistent performers with the bat for Team Pearl. She has scored 83 runs at a strike rate of 91.20 in 5 matches and can play a big knock in this upcoming match as well.

EME vs PEA Must Picks for Dream11 Fantasy Cricket: 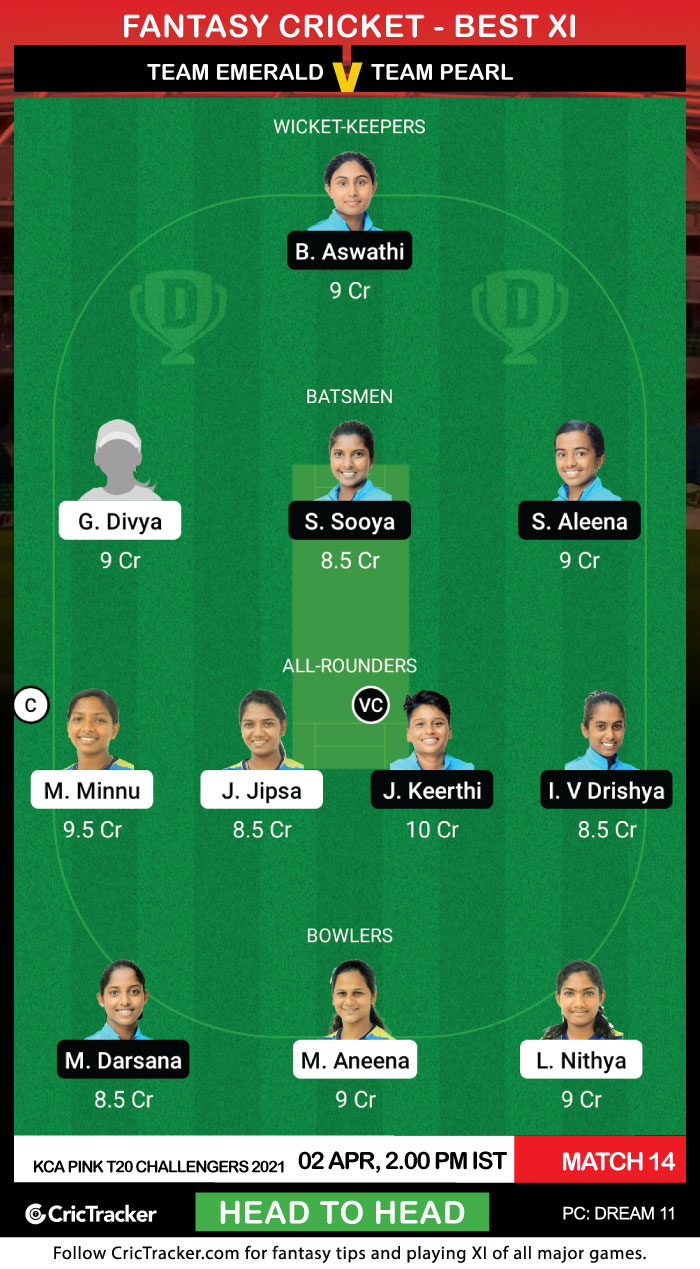 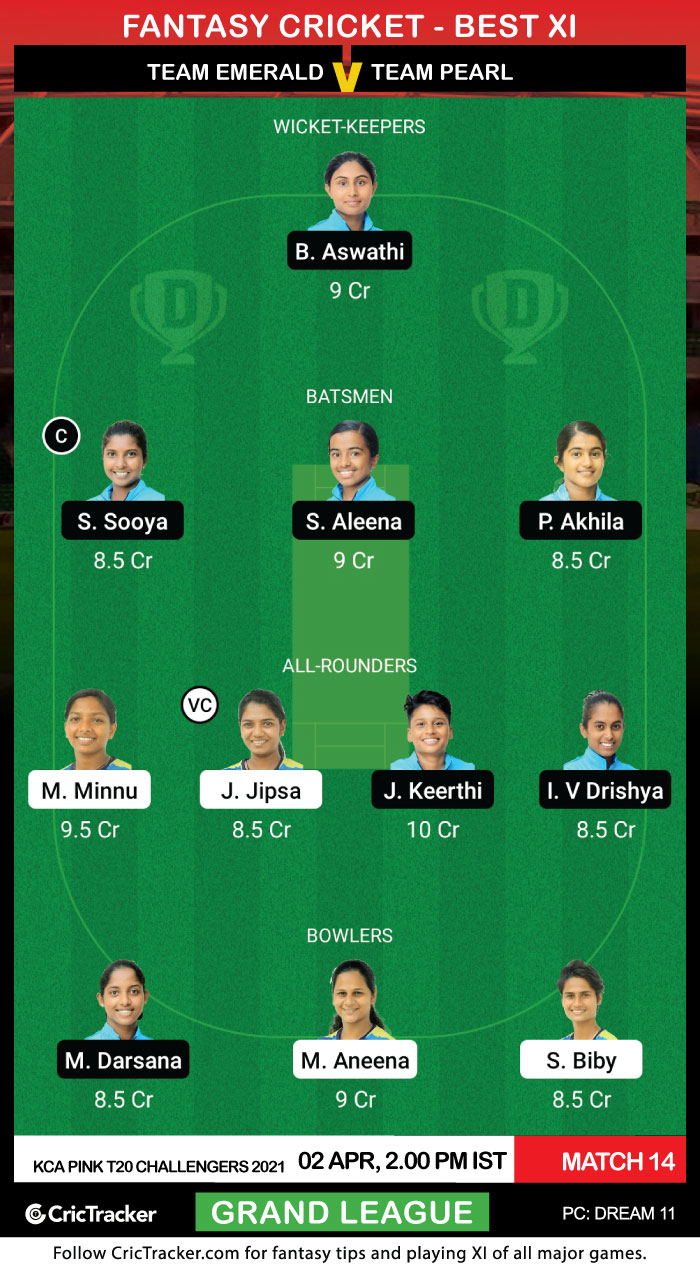 Team Pearl are expected to win this match.