Team Sapphire will take on Team Pearl in the 16th Match of the KCA Pink T20 Challengers 2021 on Friday. Both teams have already clashed earlier in this tournament, where Team Sapphire came out on top, beating Team Pearl by 8 runs.

Team Sapphire are having an excellent tournament. With 5 wins and 1 loss, they are at the top of the table with 20 points, and have almost booked their spot for the semi-finals. On the other hand, Team Pearl have played 6 matches so far in this competition. They have won 2 of them and are currently occupying the fourth spot with 8 points. Team Pearl have to win every remaining contest to get a place in the semi-finals.

The pitch at the Sanatana Dharma College Ground is a balanced one. The track is more suited to the spinners than the pacers. The average first innings score at the venue is 109.

H U Bhoomika is considered as the best batswoman from Team Sapphire. She is very strong on the on-side. Bhumika hardly plays any rash shots and will earn his runs through proper cricketing shots. She is the second-highest run-scorer of KCA Pink T20 Challengers 2021 with scored 164 runs at an average of 33.

Sajeevan Sajana can play some vital shots in the top-order and she is also one of the most important bowlers for her team. She has the potential to be among the top points-earners in the match. Sajana scored 134 runs at an average of 67 and has also picked up 9 wickets. She is the second-highest wicket-taker in this tournament.

Akhila Ponnukuttan has been one of the most consistent performers with the bat for Team Pearl. She has scored 102 runs at a strike rate of 68 and can play a big knock in this upcoming match as well.

Keerthi James has impressed everyone with her all-round performances this season. She has scored 53 runs at a strike rate of 94.64 and has also picked up 4 wickets at an economy of 4.80 runs per over.

SAP vs PEA Must Picks for Dream11 Fantasy Cricket: 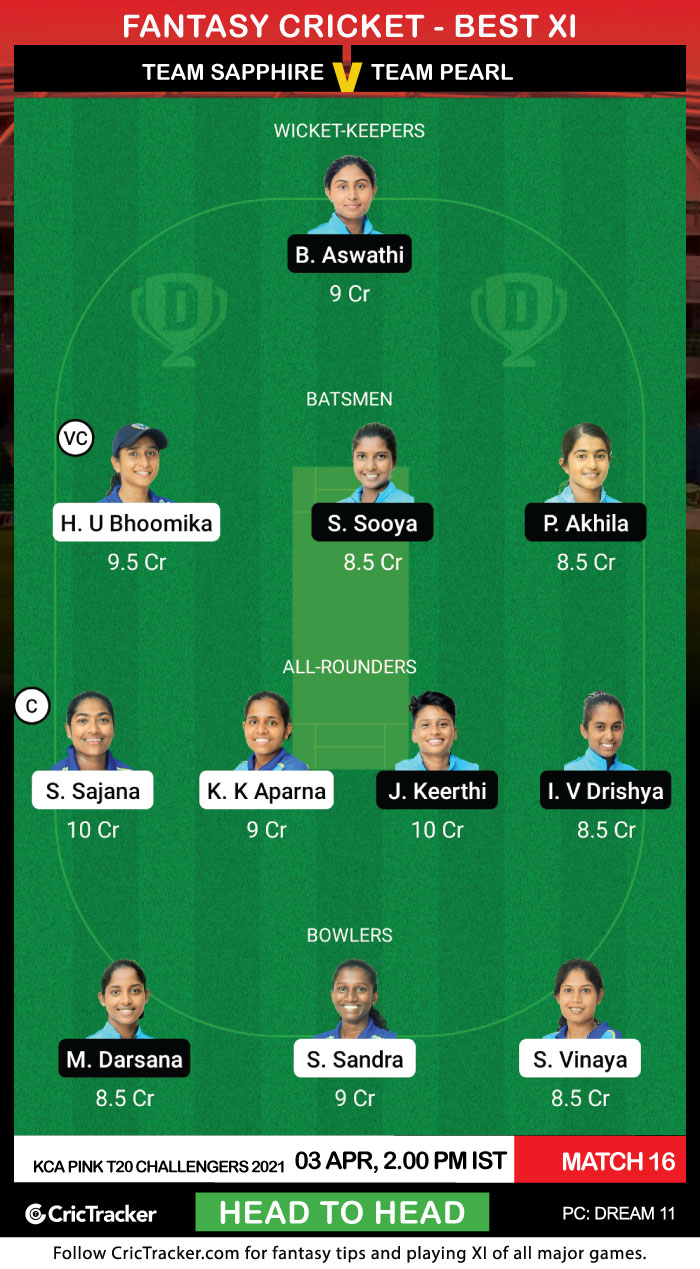 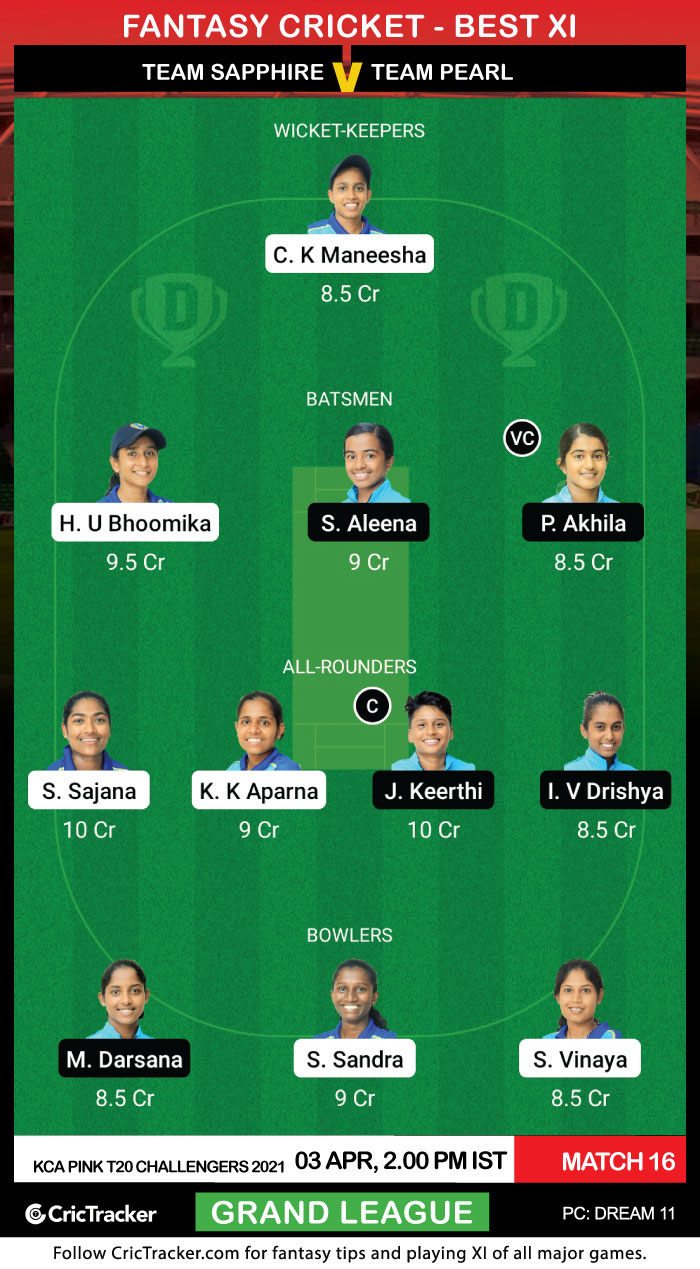