Shani Sasidharan and Akshaya Sadanandan are must picks for your Dream 11 fantasy team.

In the only time these two teams came against each other, Team Ruby thrashed Team Pearl by a huge margin of 72 runs. Team Ruby have won four out of six matches and are at the second spot on the points table.

They are looking dangerous and will be the favourites contestant to win this match. On the other hand, this match is really important for team Pearl to keep the hopes alive for the finals. They have already lost four out of six matches.

The pitch looks balanced but it helps the bowlers in the second innings. The first inning average score is 94 and it is quite defendable on this pitch. It is highly likely that whoever wins the toss would opt to bat first.

Drishya I V is the best player from Team Pearl. She has scored 119 runs in six matches with a strike rate of nearly 100, and has picked up one wicket as well.

Akhila Ponnukuttan has scored 117 runs in 6 matches with an average strike rate She is one of few in-form batswomen from her team.

Shani Sasidharan is the best all-rounder from team Ruby and the second-leading run-getter in the tournament so far. She has already smashed 195 runs in six matches and has picked up 10 wickets as well.

Akshaya Sadanandan is the third-highest run-getter in the tournament thus far. She has scored 176 runs in six matches and has also picked up 4 wickets as well.

PEA vs RUB Must Picks for Dream11 Fantasy Cricket: 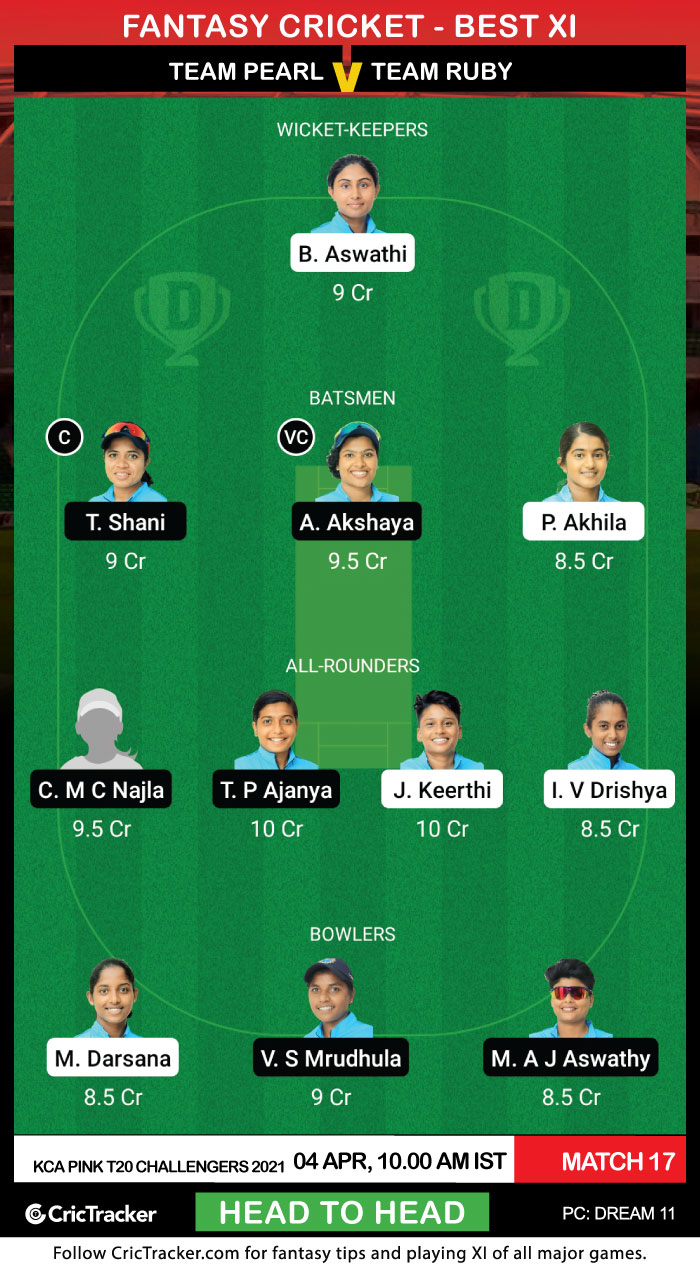 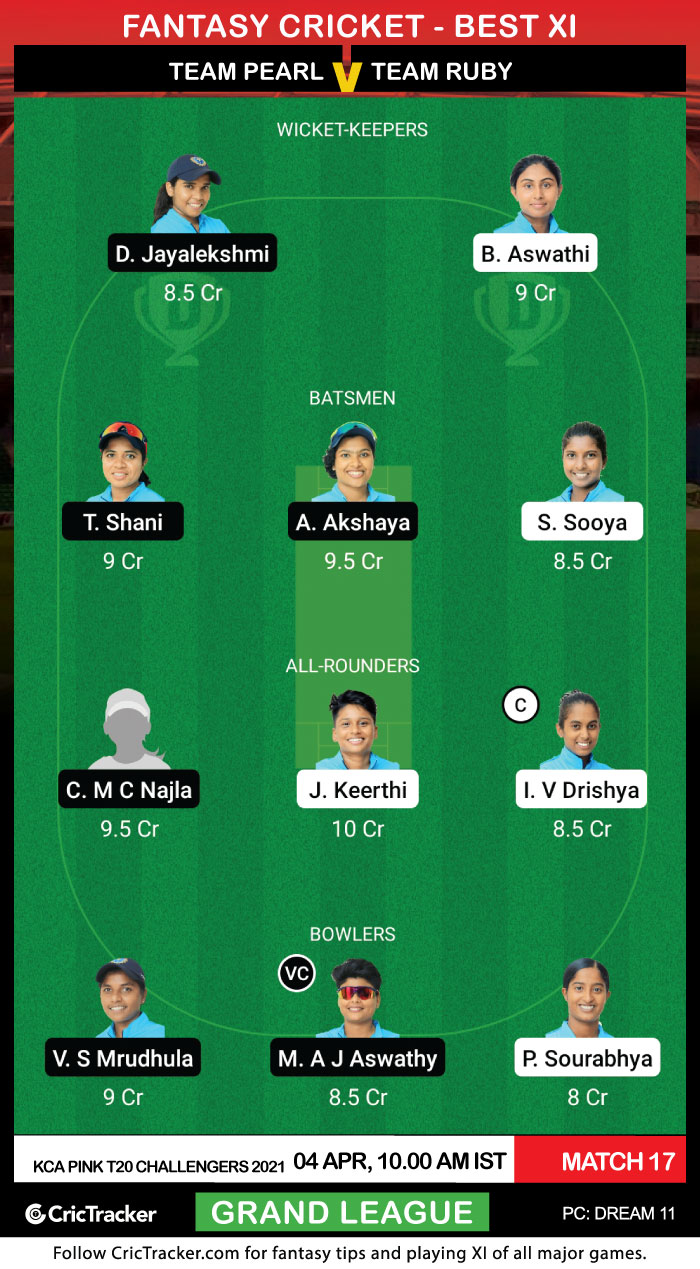 Team Ruby are expected to win this match.