Team Sapphire finished 2nd in the standings with 24 points after winning 6 and losing 2 matches. They had lost to Team Emerald in their previous match, which might be a cause of concern as they will face them again in the semi-finals.

Team Emerald qualified as the 3rd team for the knockout stages after finishing 3rd in the standings with 12 points. They have a 1:1 win-loss record against Team Sapphire. We can expect an equal contest between the two teams and whoever performs well on the given day will qualify for the all-important final.

Out of 20 matches played in this tournament, teams batting first have posted 120 or more on only 4 occasions, which shows the slowness on the surface. Anything above 100 should be a good competitive score on this venue.

Sarfaraz Ahmed is in the team with us because we trust in his abilities: Babar Azam

IPL 2021: Shah Rukh Khan heaps praise on the Kolkata Knight Riders side for notching up their 100th IPL win

H U Bhoomika didn’t fire in the last game against Team Emerald, but she has scored the most runs for Team Sapphire in this competition, scoring 213 runs in 8 matches at an average of 30.42.

Skipper Sajeevan Sajana is a must-pick from the all-rounders. She has scored 178 runs in 7 innings at an average of 44.5 and has even picked up 11 wickets at an economy of 4.71 runs per over.

Skipper Mani Minnu has scored the most runs for Team Emerald, having accumulated 128 runs in 8 innings at an average of 16 and has also picked up the most wickets for her side, with 10 wickets to her name at an economy of 3.89 runs per over.

Ganesh Divya had contributed her part with both bat and ball in this competition, scoring 126 runs in 8 innings at an average of 21. With the ball, she has picked up 5 wickets at an economy of 4.25 runs per over.

SAP VS EME Must Picks for Dream11 Fantasy Cricket: 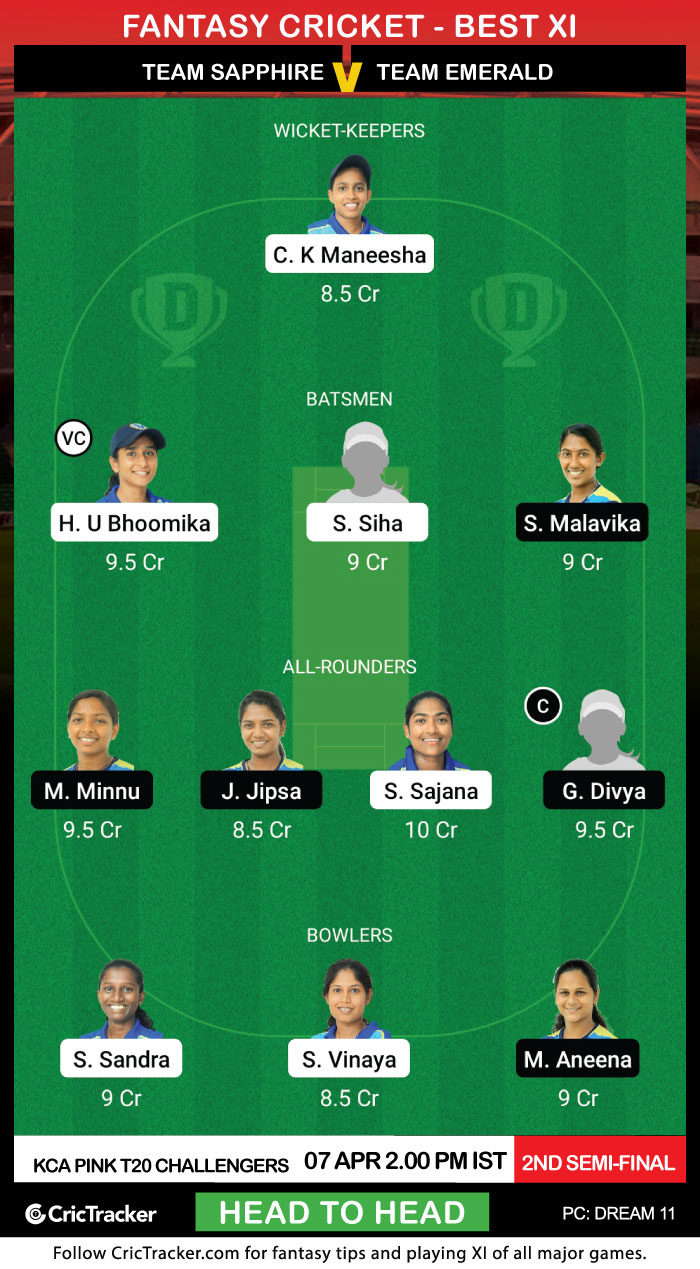 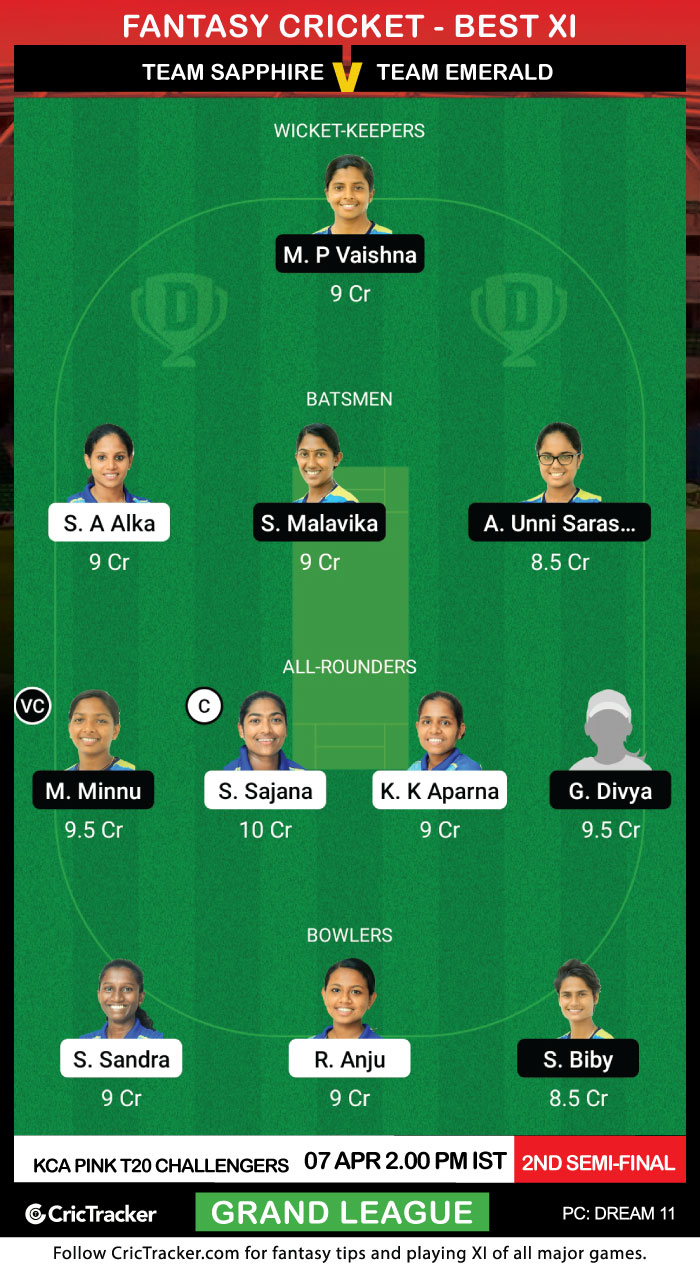