KCA Tigers are expected to win this match.

The 1st match of the KCA President’s Cup T20 2021 will be played between KCA Lions and KCA Tigers on 6th March at Sanatana Dharma College Ground in Alappuzha, Kerala.

The match is scheduled to start at 10:00 AM IST and it will be streamed live on Fancode.

In the first match of the KCA President’s Cup T20 2021, KCA Lions will take on KCA Tigers. It will be the inaugural match of the competition, which was earlier planned to held in December 2020. KCA Tigers’ team combination is looking good. They have some experienced players in their ranks.

The Tigers will go into this match as favourites. On the other hand, KCA Lions are little less experienced, although they do have good players who have performed well in the domestic circuit. Overall, we can expect an enthralling inaugural tie.

It will be a sunny day in Kerala today, with no chance of rain. But the temperature would be on the little higher side, as it is expected to be hovering around 31 degree Celsius. Precipitation and humidity are expected to be 10% and 67% respectively.

The pitch of Sanatana Dharma College Ground is balanced. If you look at the previous records, the pitch helped both batting and bowling. Batting first would be little difficult on this ground. It is expected that whoever wins the toss would go for bowl first.

Vinod Kumar is an all-rounder from KCA Lions who has scored 91 runs in 15 domestic T20 matches, with a strike rate of 175 and has taken 12 wickets as well.

Abhishek Mohan is a top-quality all-rounder. He has played 13 first-class matches and scored 84 runs and has picked up 15 wickets as well.

Ajith KA has performed decently in first-class cricket. In 16 matches, he has scored 494 runs. He can be a good addition to your Dream11 Fantasy team. 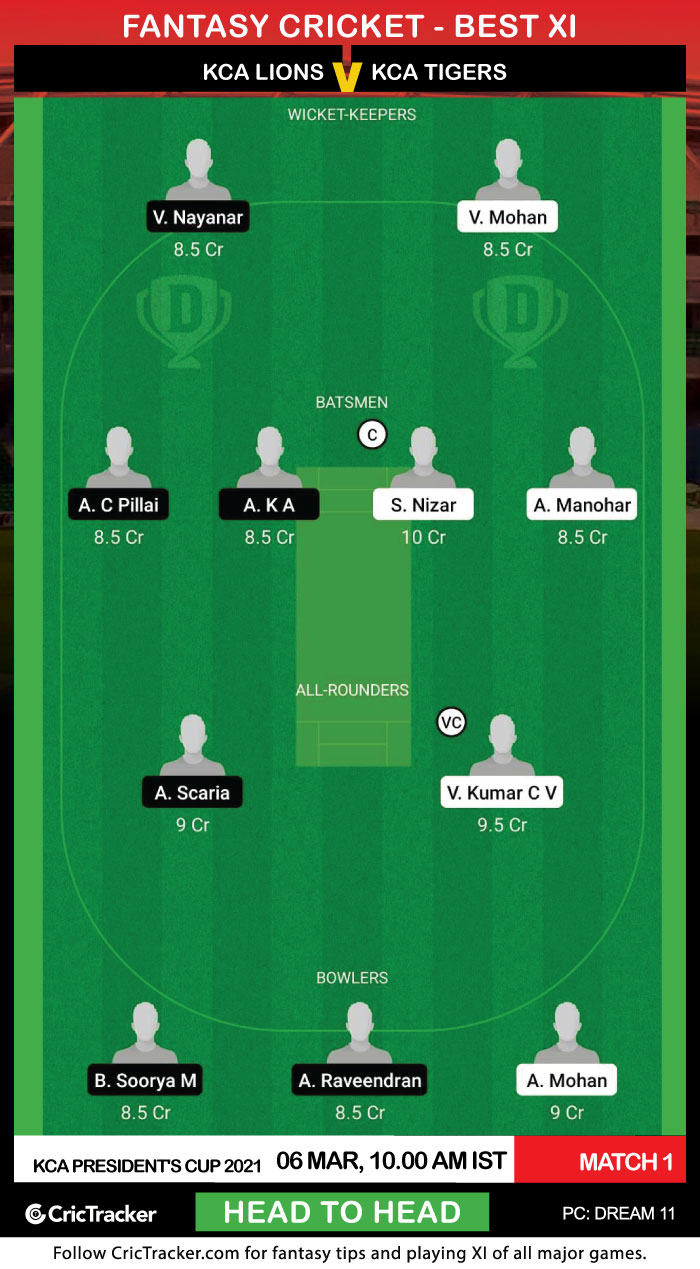 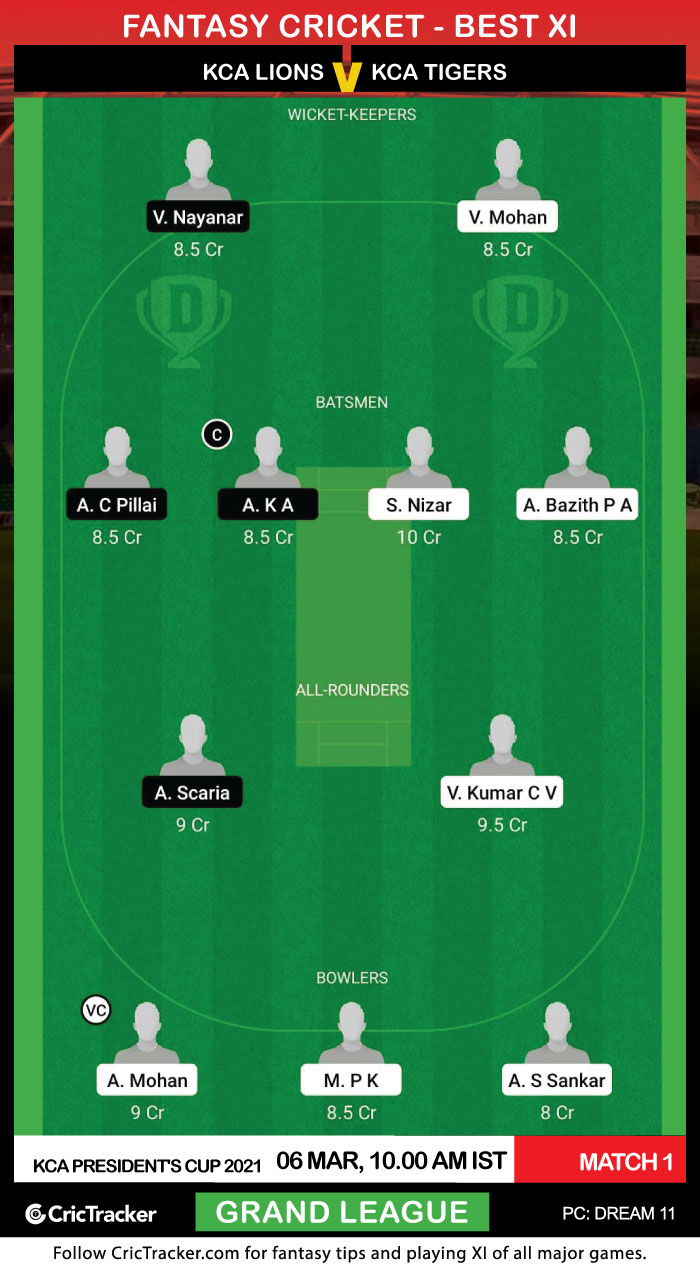 KCA Tigers are expected to win this match. Hence, it is advisable to pick more players from their squad in your Dream 11 Fantasy team.

KCA Tigers are expected to win this match.