Pak I Care are expected to retain their pole position by beating Bangladesh Kings CC.

The 15th match of the ECS T10 Barcelona 2020 will be played between Bangladesh Kings CC and Pak I Care at the Montjuic Olympic Ground, Barcelona on Thursday.

In the third match of Day 4, Bangladesh Kings CC and Pak I Care are going to face each other for the first time in this tournament. Bangladesh Kings CC defeated Minhaj CC in their last game, as they successfully defended a target of 159 runs. They have won 3 out of their four games and are placed at the 2nd spot in the points table.

Like Bangladesh Kings CC, Pak I Care have also performed well so far in the tournament. They have won 3 out of their four matches, just like their opposition. They are placed at the top of the table with 6 points in their bag, courtesy a brilliant Net Run Rate. So, Bangladesh Kings CC will have to beat Pak I Care in the upcoming encounter to claim pole position.

The weather at Barcelona has remained brilliant for cricket, and today will be no exception. The temperature will hover around 17 Degrees Celsius mark.

The pitch at this venue has favoured the batsmen more than the bowlers this season. However, the pace bowlers have had their share of fun which suggests that there might be something in it for them.

Mohammed Jamil Shemu has amassed 86 runs for his team in the ongoing tournament.

Shofiqul Islam is in very good form, as he picked up a four wicket-haul against Badalona Shaheen CC. Overall, he has picked up 6 wickets from 4 games.

Hussain Aminul is another bowler who has caught everyone’s attention in this season. He has bagged 8 scalps, including a 3-wicket haul in the previous match.

Muhammad Ihsan is in fabulous touch with the bat, as he has plundered 128 runs from the 4 matches he has played in.

Syed Shafat Ali is a must-have from Pak I Care team. He has scored 82 runs at an average of around 23.

Hassan Gondal is the leading wicket-taker for his side, who has bagged 6 wickets from 4 games. 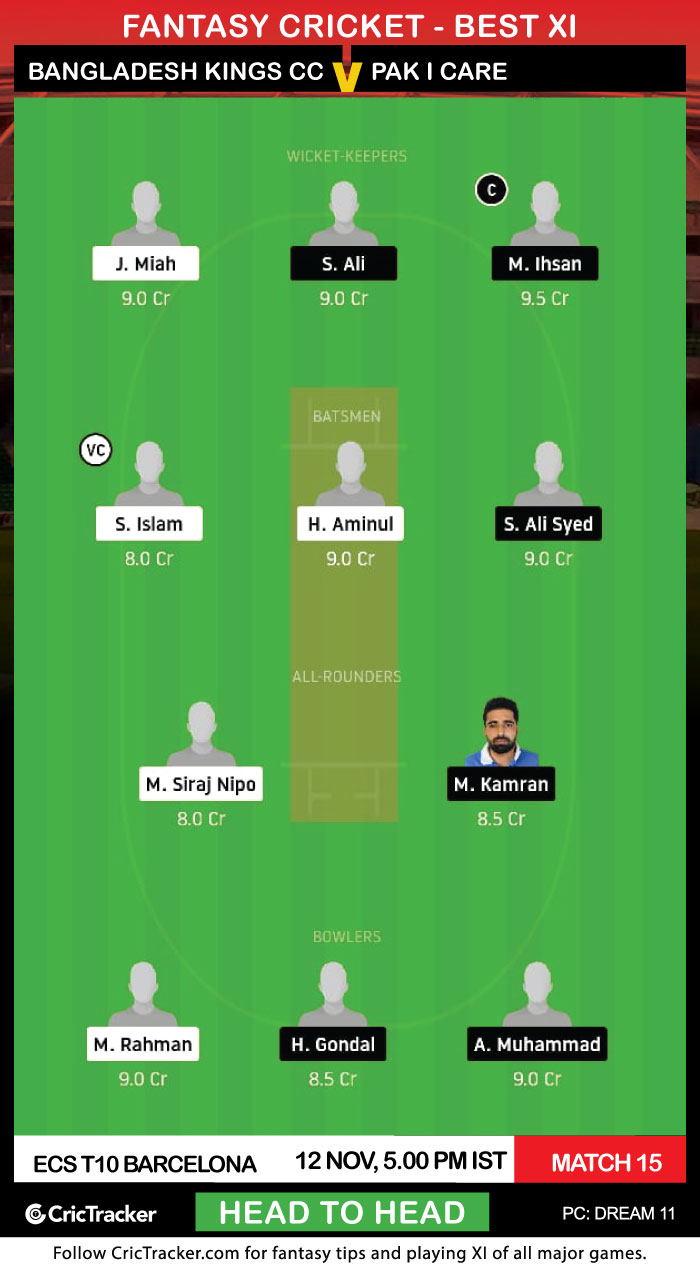 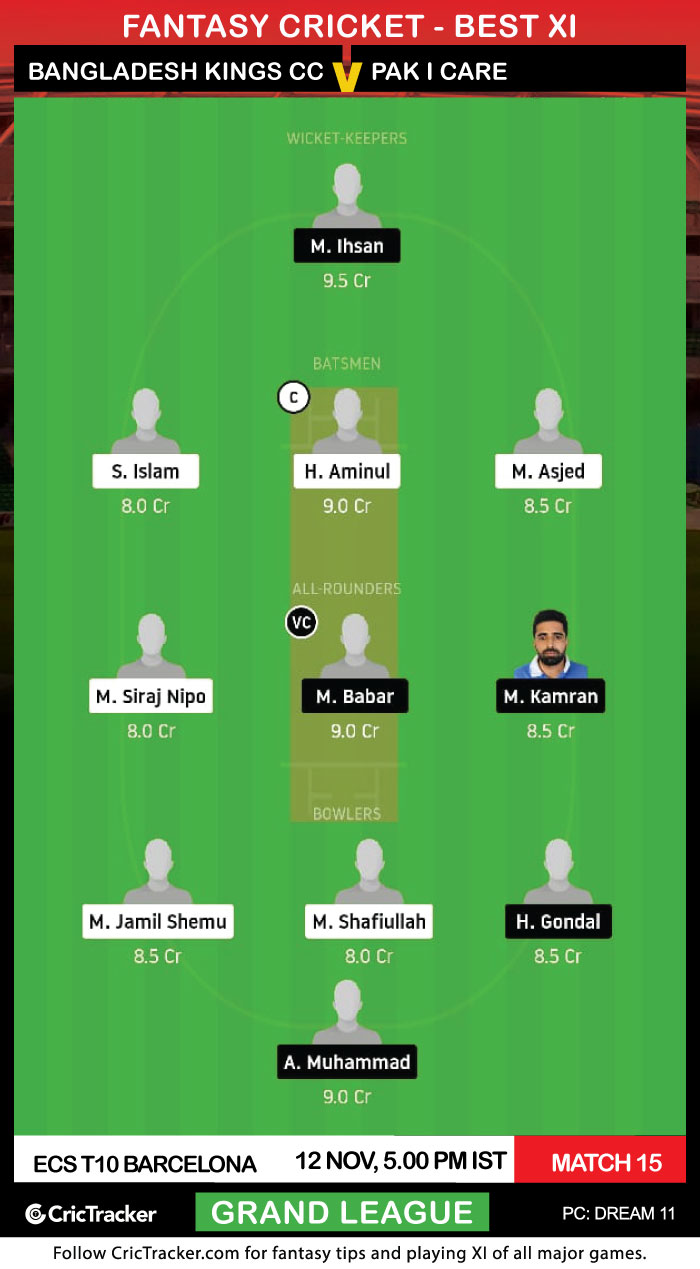 Muhammad Babar is a reliable all-rounder and will start hitting from the very first ball. It is advisable to pick him as the vice-captain of any one of your Dream11 Fantasy teams.