Sri Lanka Women are expected to win this game.

Kenya Women and Sri Lanka Women will be featuring in the 5th match of the Commonwealth Games Women’s T20 Qualifier 2022 on January 20. Kenya Women lost their first match against Bangladesh Women by 80 runs. Bangladesh scored 125 runs for the loss of six wickets in 20 overs. Kenya could make only 45 runs before getting dismissed in 12.4 overs.

Sri Lanka Women played their first match against Scotland Women on January 18. The Sri Lankan team made 182 runs for the loss of four wickets after winning the toss and electing to bat. Captain Chamari Athapaththu made 86 runs off 45 balls. Scotland could make only 73 runs and lost the match by 109 runs.

The pitch might give equal opportunity to both the batters and the bowlers. However, spinners might get a huge amount of help during the second innings as is seen in the first four matches.

Queentor Abel was the leading run-scorer for Kenya during the Kwibuka Women’s T20 Tournament last year which Kenya won by seven wickets after defeating Namibia in the final. She made 165 runs in six matches at an average of 41.25 and a strike rate of 97.05. 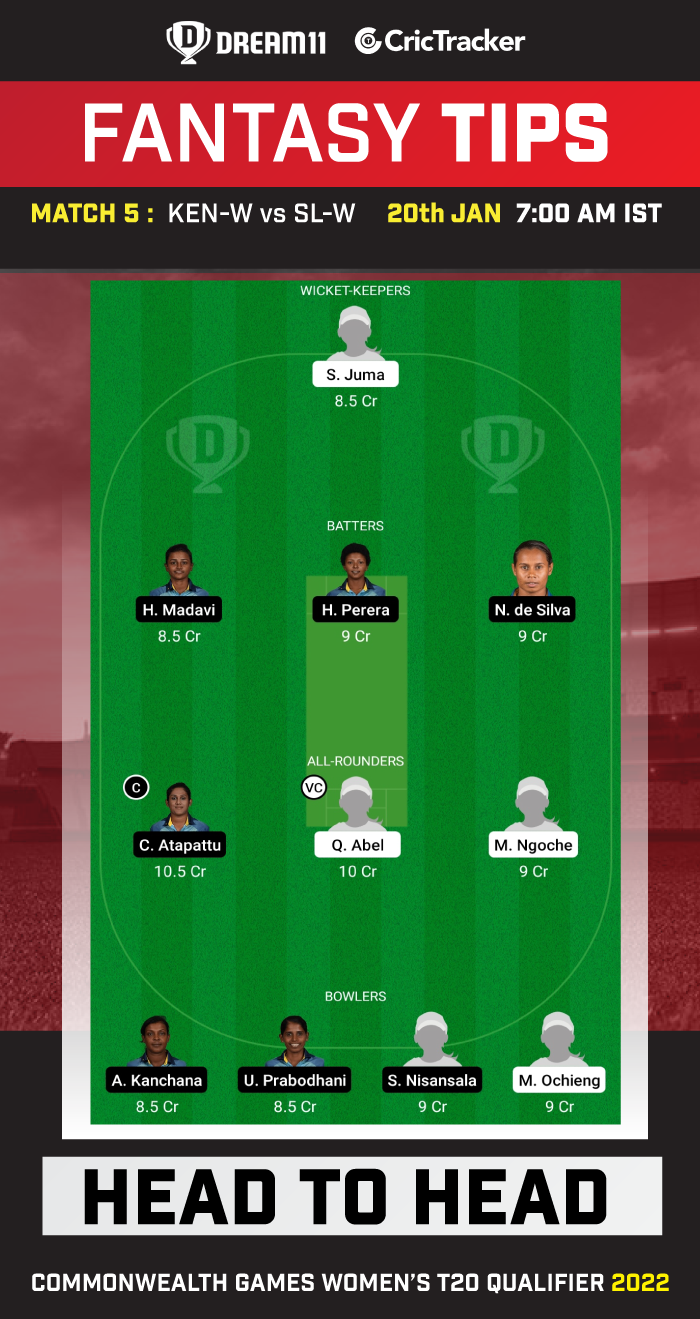 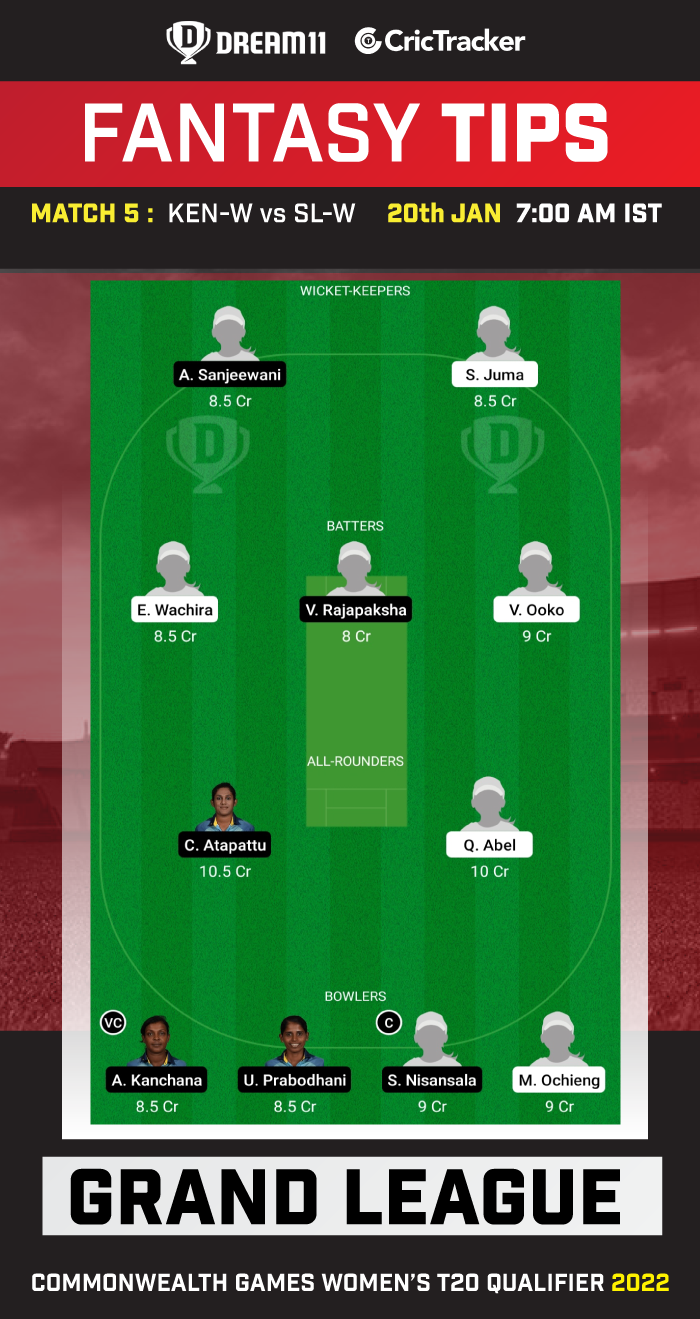 Sri Lanka Women are expected to win this game.