Champions XI are expected to cement their place in the top half of the points table by beating Kings XI.

The 25th match of the Andhra T20 League will be played between Kings XI and Champions XI at Rural Development Trust Stadium, Anantapur.

Kings XI will up against the Champions XI in the 25th match of the Andhra T20 league. Both the teams have performed really well so far in this tournament and are sitting in the top half of the table. In their previous encounter, Kings XI emerged victorious against Champions XI. They are coming into this match with two consecutive wins against the Warriors XI and Legends XI. With 6 wins and 2 losses, they are in 2nd spot on the table with 12 points in their bag.

Meanwhile, the Champions XI are coming into this match with 3 back-to-back wins. With 5 wins and 3 losses, they are in 3rd spot on the table with 10 points, sitting just below the Titans XI and Kings XI. In their previous match, they won convincingly against the Chargers XI by 5 wickets. Their team looks formidable with the likes of Ricky Bhui, M Vamsi, and Ashwin Hebbar all in great form. They would like to rectify the mistakes they committed last time against the Kings XI.

It’s going to be sunny in Anantapur with the temperature ranging between 28 to 32 degrees Celsius. There is no chance of precipitation for this match.

It is a typical sub-continent track with more advantage for the batters. There is, however, pace and bounce for the quick bowlers. For the past 3 days, we have witnessed high scoring matches.

C Rajan Gnaneshwar is the leading run-scorer in this tournament. He has scored 334 runs in 8 matches, at an average of 47.71 and a strike rate of 126.

Pinninti Tapaswi has picked up 11 wickets in 8 matches with an economy rate of under 6 runs per over. He has scored 108 runs with the bat and has an average of 13.5.

Ashwin Hebbar is going to be the key player for the Champions XI. He has scored 218 runs in 8 innings at an average of 54.5 with a strike rate of 126.74. He has impressed with the ball as well, by picking up 10 wickets. 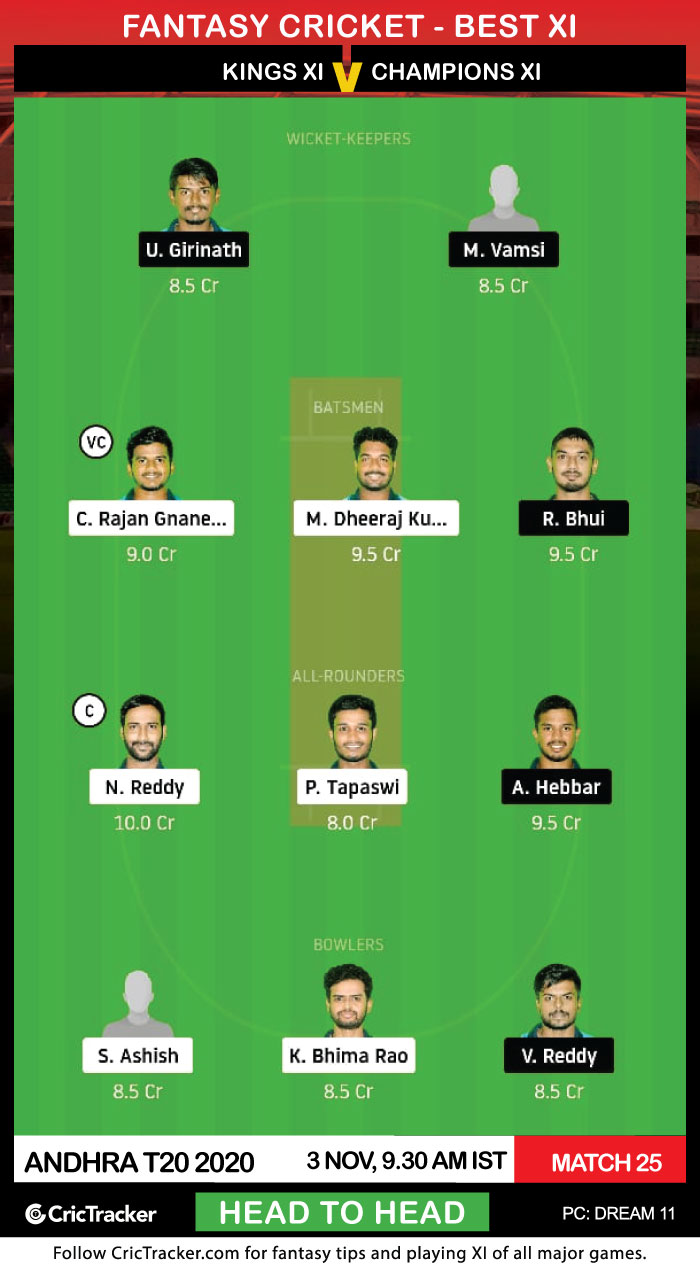 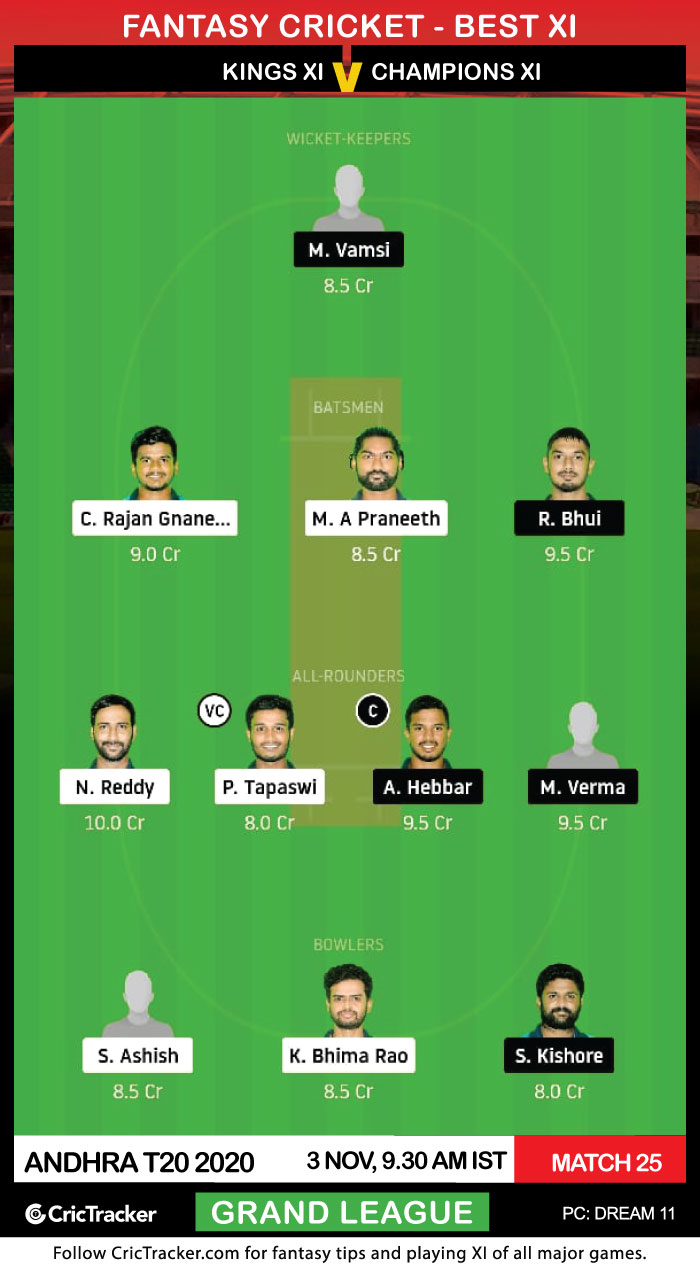 Both the teams are having excellent all-rounders in their line-ups and they are contributing well to the team. It is advisable to include the most number of all-rounders in your Dream11 fantasy team.