Kings XI are expected to fill up the second final spot by beating Champions XI.

The 2nd Semi-Final of the Andhra T20 2020 will be played between Kings XI and Champions XI at the Rural Development Trust Stadium, Anantapur.

Kings XI will take on Champions XI in the second semi-final of the Andhra T20 League. With eight wins from ten games, the former finished second on 16 points, while the latter won five of their ten games and ended up as third with 10 points. Kings XI have the upper hand over Champions XI since they won both of their league matches against them.

Kings XI are heading into this game with four consecutive wins in the league stage. With momentum on their side, they are a force to reckon with and will start as the favourites to win this match. For Champions XI, it will be a tough ask to beat their opposition but they have the firepower in their line up to overcome this challenge. All they need is perfect execution on matchday.

The weather doesn’t look good as scattered showers are predicted during this match. The humidity levels will be high and the temperature will be around 29 degrees Celsius.

The track at Anantapur has been pretty good. With 30 games already being played, it hasn’t deteriorated. The ball comes on nicely to the bat and we could expect a high scoring game.

Pinninti Tapaswi has scalped 14 wickets at an economy rate of just 5.74 runs per over. He has also scored 205 runs with a top score of 85.

C Ranjan Gnaneshwar is the leading run-scorer in the tournament. He has amassed 371 runs at an average of 41.22 from 10 matches.

Also Read – Staying in bio-secure bubbles does get difficult at times: Virat Kohli 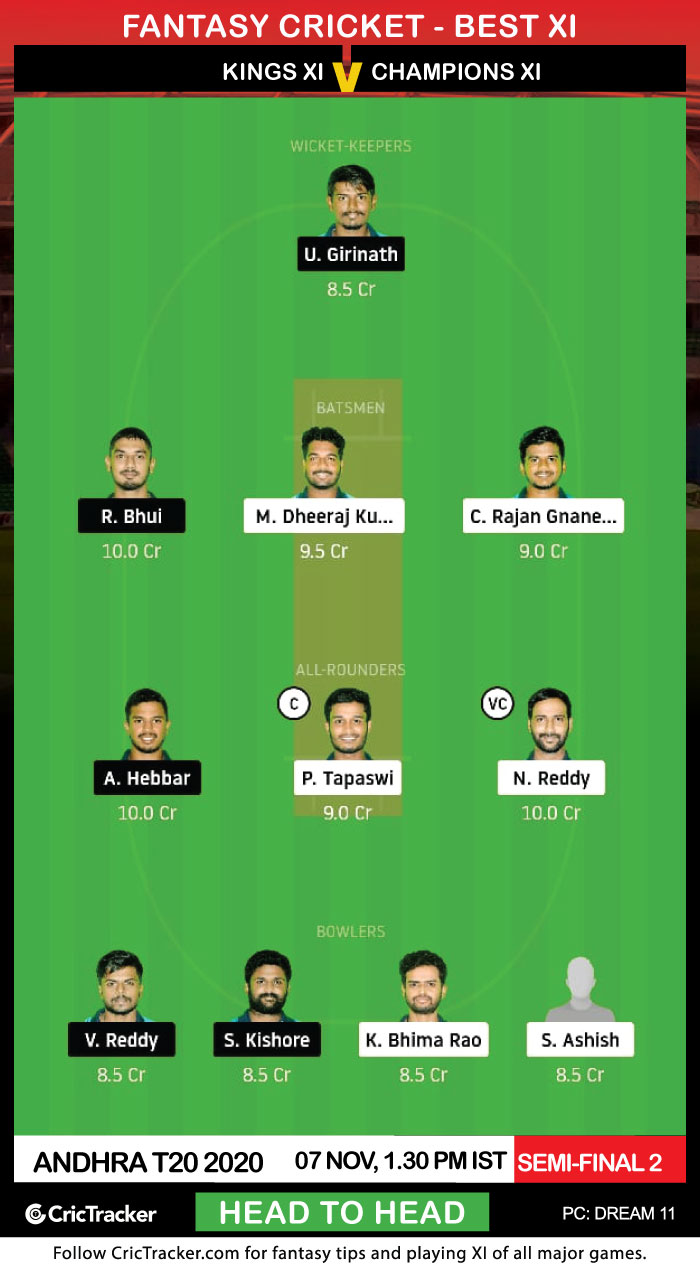 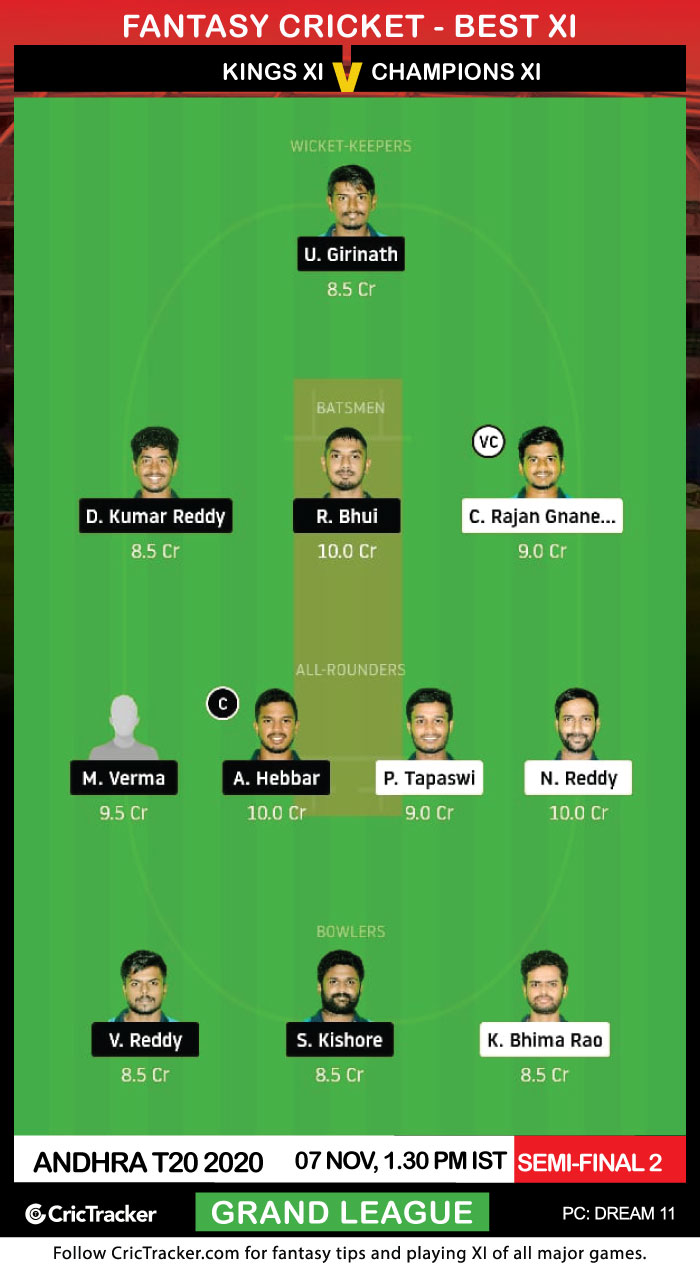 It is advisable to pick all-rounders as multipliers for this match.

Kings XI are expected to win this match.