Will Smeed looks to recreate similar performances in this match as well.

Karachi Kings will face Quetta Gladiators in the 4th match of the Pakistan Cricket League 2022 on Saturday. Karachi Kings had issues with the bat in the opening game of the tournament where they struggled to score runs and lost the match by 7 wickets. It’s just an off day for them and will look to bounce back against Quetta Gladiators.

Quetta Gladiators on the other hand should be proud of their performances with the way openers set the tune for them against Peshawar Zalmi. They lost the match in the final over by 5 wickets. They had issues with the ball in the past and need to rectify it as quickly as possible.

It’s a dry surface with more assistance for the batters. We witnessed a high-scoring thriller on Friday and can expect a similar surface for this match as well.

Babar Azam is highly regarded as a modern Pakistan legend, he didn’t score big runs in the first game against Multan Sultans where he was dismissed for just 23 runs. He is still a good pick for your fantasy teams.

Joe Clarke looked composed at the crease and batted decently for his 26 against Multan Sultans. He has played a lot of franchise cricket that will assist him for sure in this league.

Playing in his first PSL game, Will Smeed didn’t show any nerves and smoked Peshawar Zalmi bowlers to all parts. He scored 97 runs from 62 balls which includes 11 fours and 4 sixes. 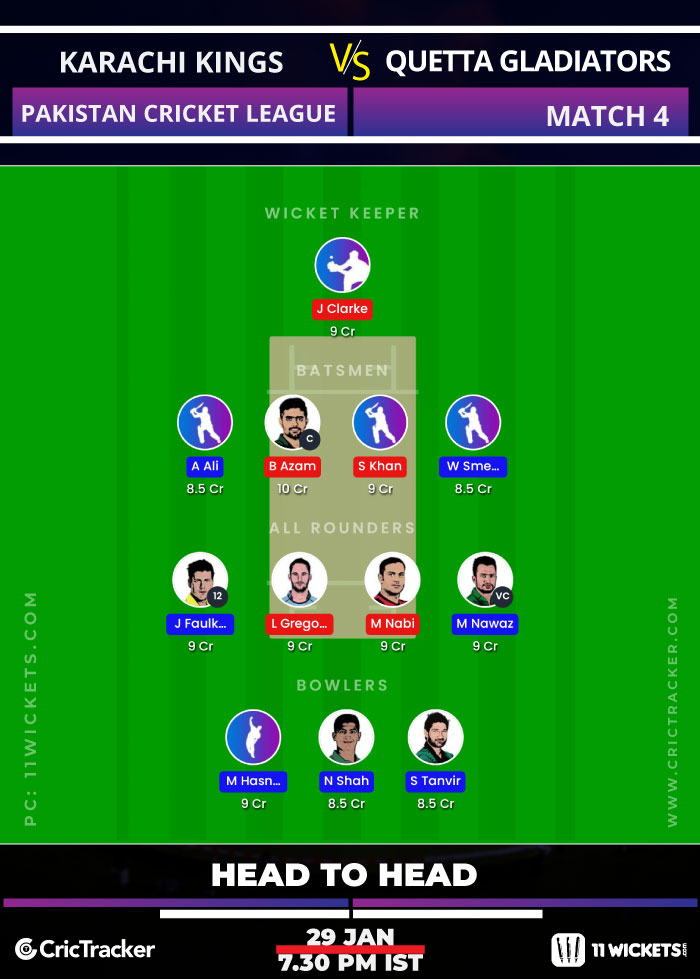 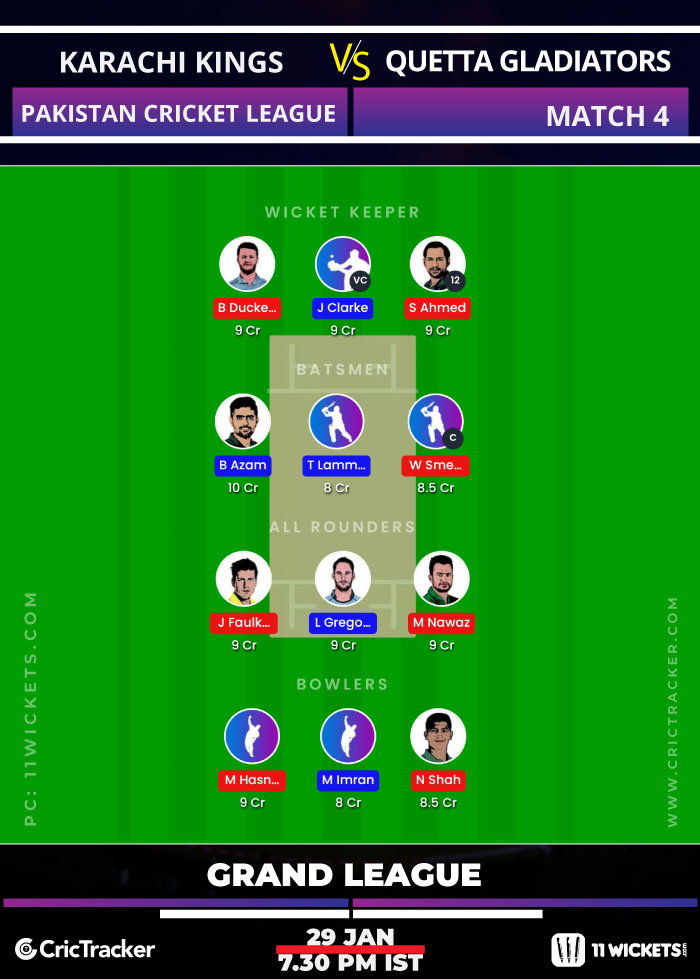