The Kings XI Punjab lost to the Kolkata Knight Riders by 2 runs earlier in this tournament. 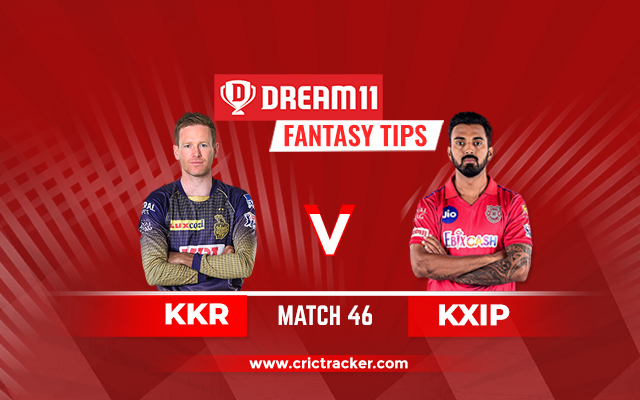 The 46th match of the Indian Premier League (IPL) 2020 will be played between Kolkata Knight Riders and Kings XI Punjab at the Sharjah Cricket Stadium, Sharjah.

The Kolkata Knight Riders (KKR) and the Kings XI Punjab (KXIP) made quite a statement in their respective last games. While KKR stunned a strong Delhi Capitals (DC) side with a 59-run win, KXIP defended 126 runs against the Sunrisers Hyderabad (SRH). Both these wins would have been hugely motivating for both these sides as we head into the final stages of the tournament.

This game, essentially, is a must-win for both KKR and KXIP. A win for KKR would take them to 14 points and further separate them from the bottom four teams. But if KXIP wins, they not only stay in contention for the playoffs but will also make the points table furthermore interesting. KXIP has won four games in a row since their 2-run loss to KKR earlier in this tournament and would want to avenge for that defeat.

The temperature will be around 31 degrees at the start and will slightly cool down as the game progresses. However, it could feel a little hotter than it actually is with no strong winds blowing around. There won’t be a significant change in the humidity levels.

With the pitches slowing down considerably, the short boundaries haven’t helped the batsmen. There is some swing on offer with the new ball at this venue.

191 (Thus far at this venue in the tournament)

KL Rahul missed out in the last game but is still the leading run-scorer in the tournament by a long margin. He scored 567 runs in 11 innings at an average of 63.

Nicholas Pooran has been doing well for the team and has mustered 327 runs in 11 matches at an average of 41 and a strike rate of 173.

Mohammed Shami has picked up 17 wickets in 11 games and has got an economy rate of 8.43.

Sunil Narine was brilliant with the bat in the last game with a 32-ball 64 but couldn’t pick up any wickets with his remodelled bowling action.

Nitish Rana, who opened the innings in the last match, scored a brilliant 81 off 53 balls and seems to have found his touch back. 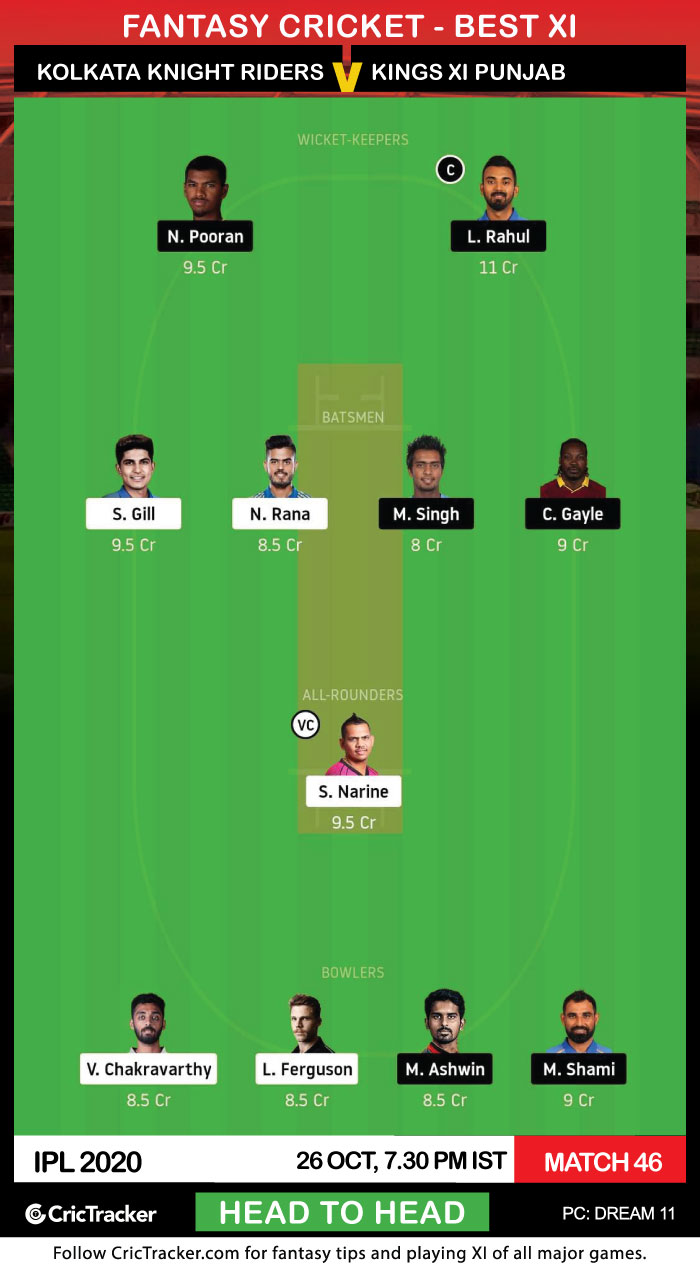 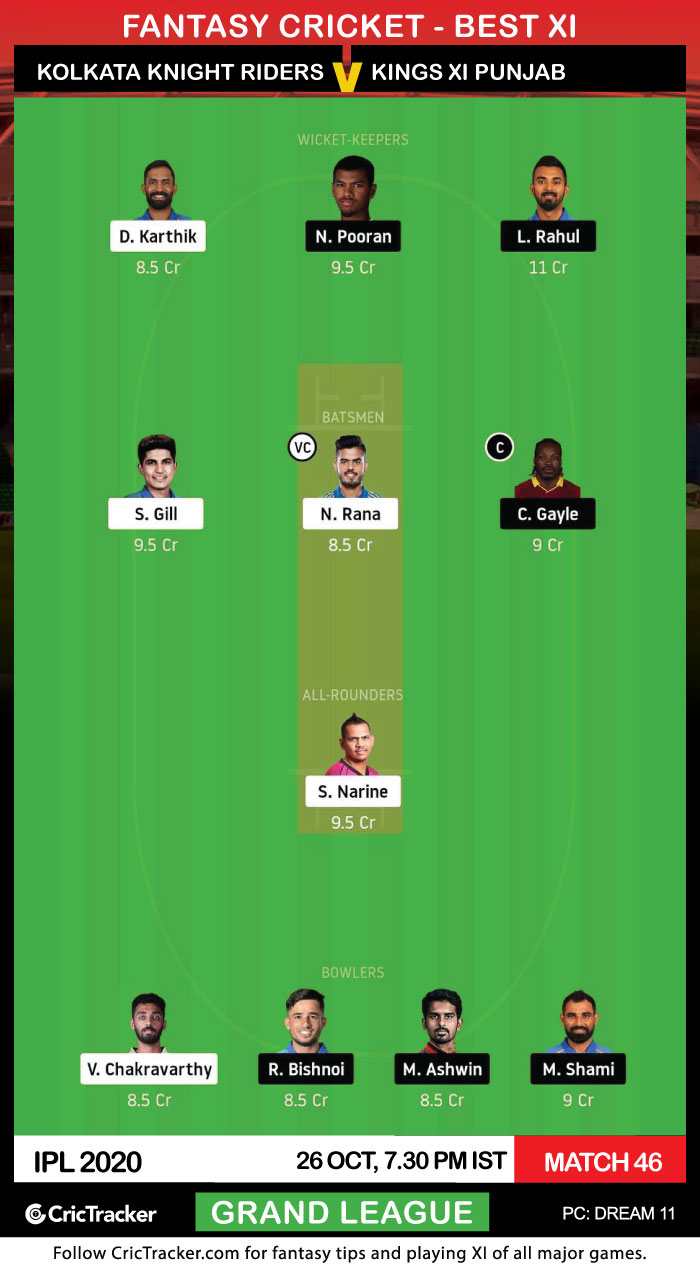 With the pitches getting slower all across the three venues, it is a good strategy to have four bowlers in your team which would be a good mix of spinners and the pacers.

Kings XI Punjab are predicted to win this match.