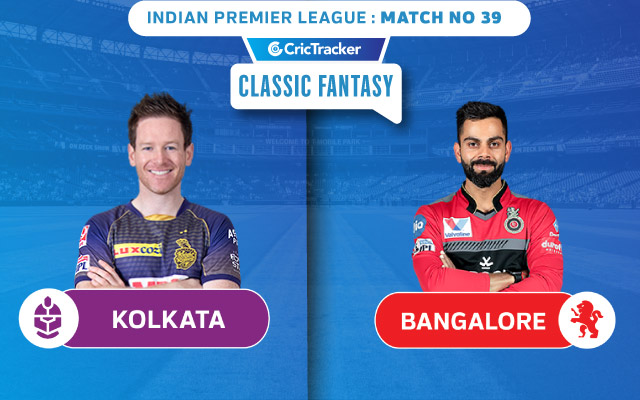 An interesting clash between Kolkata Knight Riders and Royal Challengers Bangalore will be played in Abu Dhabi on Wednesday. This match is quite important for the playoff scenarios of many other teams in the 2020 Indian Premier League (IPL). A win here for RCB is more important for the bottom four – KXIP, RR, SRH and CSK than the RCB team themselves.

Schedule logistics around KKR vs RCB

Another ABD master-class in KKR vs RCB?

AB de Villiers played a blinder of an inning when RCB faced KKR last week in Sharjah. Leg-spinner Varun was only threat De Villiers faced in that game and his late arrival helped him to blast over the KKR quicks. The South African is unstoppable at the death if he faces any sort of pace in that period. Virat Kohli, on the other hand, struggled to get going against KKR last time. He might not be convincing against the KKR team yet again due to the presence of Lockie Ferguson and CV Varun during the middle overs.

I think Shardul Thakur is not the same Test bowler we saw 18 months back: Sanjay Manjrekar

Dinesh Karthik is slowly getting into batting form and the pacers in RCB line-up could boost his confidence. A big batting performance from Karthik can be expected if he bats in the top five and negotiates the threat of Yuzvendra Chahal. Hence, we have picked him in the place of KL Rahul and also AB de Villiers by replacing Kagiso Rabada. 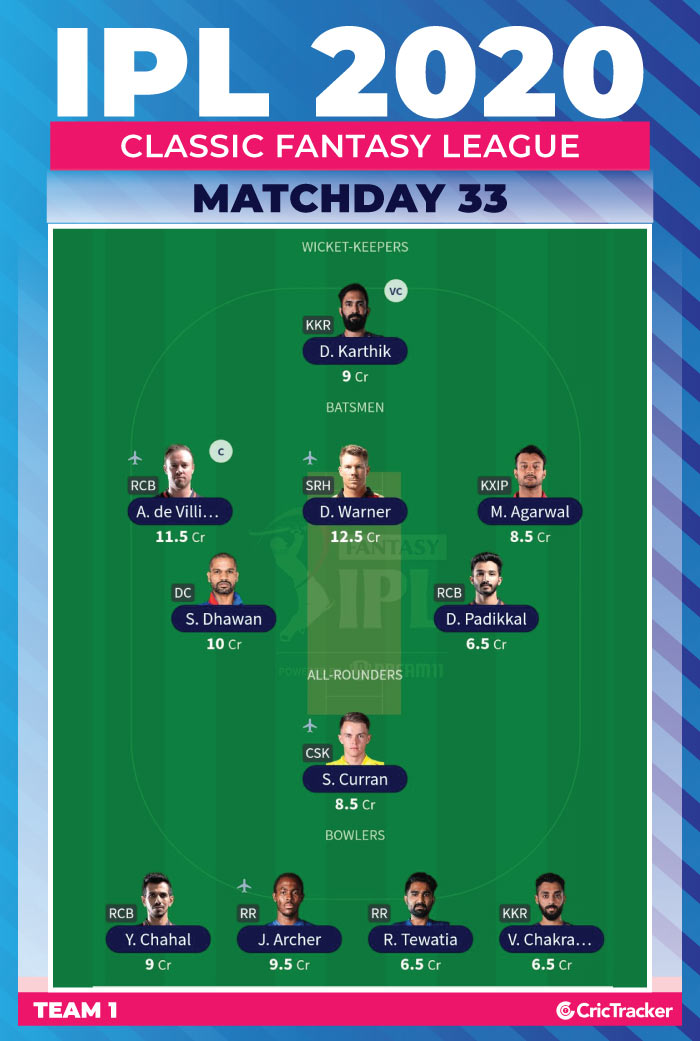 We had picked CV Varun and AB de Villiers in the place of Kagiso Rabada and Nicholas Pooran. If Sunil Narine plays during KKR vs RCB, we can pick him along with Chris Morris instead of Varun and ABD. 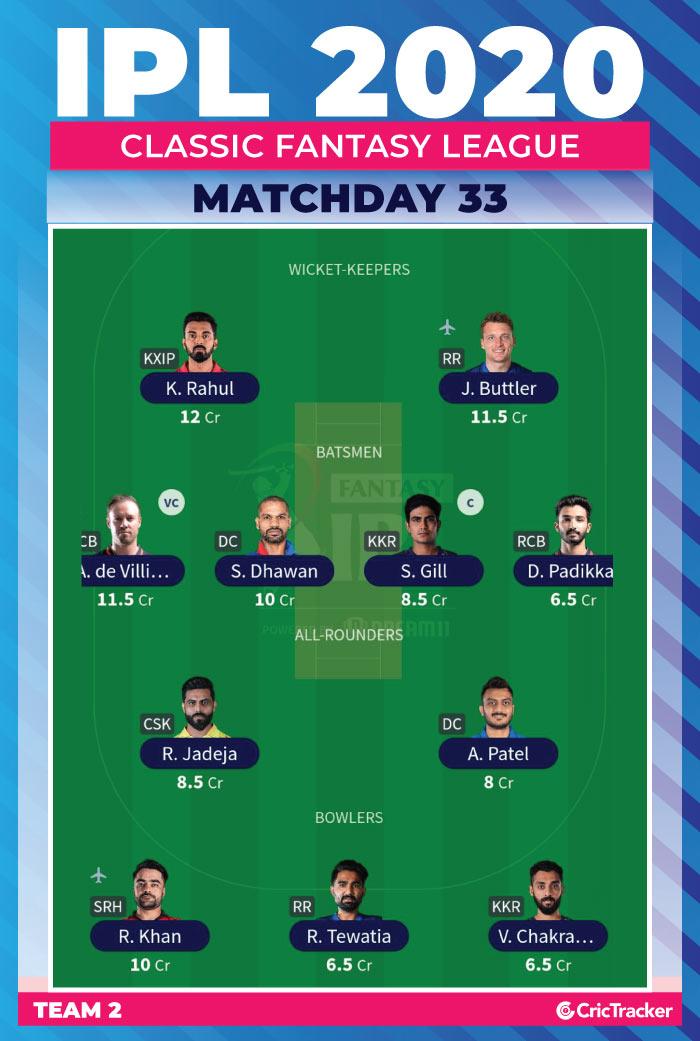