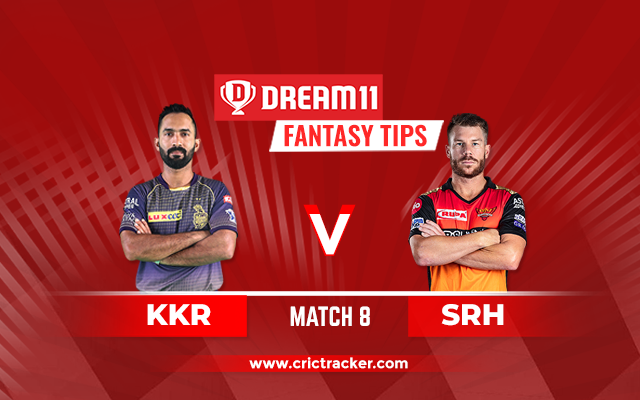 The 8th match of the Indian Premier League (IPL) 2020 will be played between Kolkata Knight Riders and Sunrisers Hyderabad at the Sheikh Zayed Stadium, Abu Dhabi.

The Kolkata Knight Riders (KKR) will be taking on the Sunrisers Hyderabad (SRH) in the 8th match of IPL 2020. Both these sides are coming into this encounter on the back of very disturbing losses. While the Sunrisers lost to the Royal Challengers in their opening game, the Knight Riders were outdone by the Mumbai Indians.

The Sunrisers were bombarded by several questions about the team selection after the first game and that is something that they have got to address. The Knights, on the other hand, should work on their batting order as the one used against Mumbai hardly worked in their favour. Moreover, they must also make a few amends to their bowling plans. As far as the head to head record is concerned, Kolkata leads the race by 10-7.

The chances of precipitation are almost nil for this encounter. While the temperature will be around 33 degrees Celsius, the humidity levels will rise as the evening progresses.

The track at Abu Dhabi was quite different from what was expected before the start of the tournament. The pitch has been surprisingly good for batting while the pacers and the spinners have also got a good amount of support.

Mitchell Marsh is ruled out of IPL 2020 after sustaining an ankle injury. Jason Holder has been called in as his replacement.

Kane Williamson injured his quadriceps while training and is uncertain for this encounter.

David Warner was quite unlucky the way he got out in the last match. But the way he crunched the ball through the covers for a boundary early on in his innings is a sign that he is in good form and that he is confident.

Jonny Bairstow was the best batsman for SRH in the last game. He mustered 61 runs at a strike rate of 142.

Shubman Gill got out for just 7 runs in the last match but is a quality, young cricketer. He could make it big in this game.

Andre Russell scored 11 runs and picked up a wicket in the last match. While he was nowhere near his best, he is unpredictable and is capable of taking the game away in a matter of a few moments.

Sunil Narine was good with the ball in the last match and picked up a wicket. He could score some quick runs with the bat too.

Manish Pandey failed to convert his start in the last match as he got out after scoring 34. But he has the potential to play a big knock. 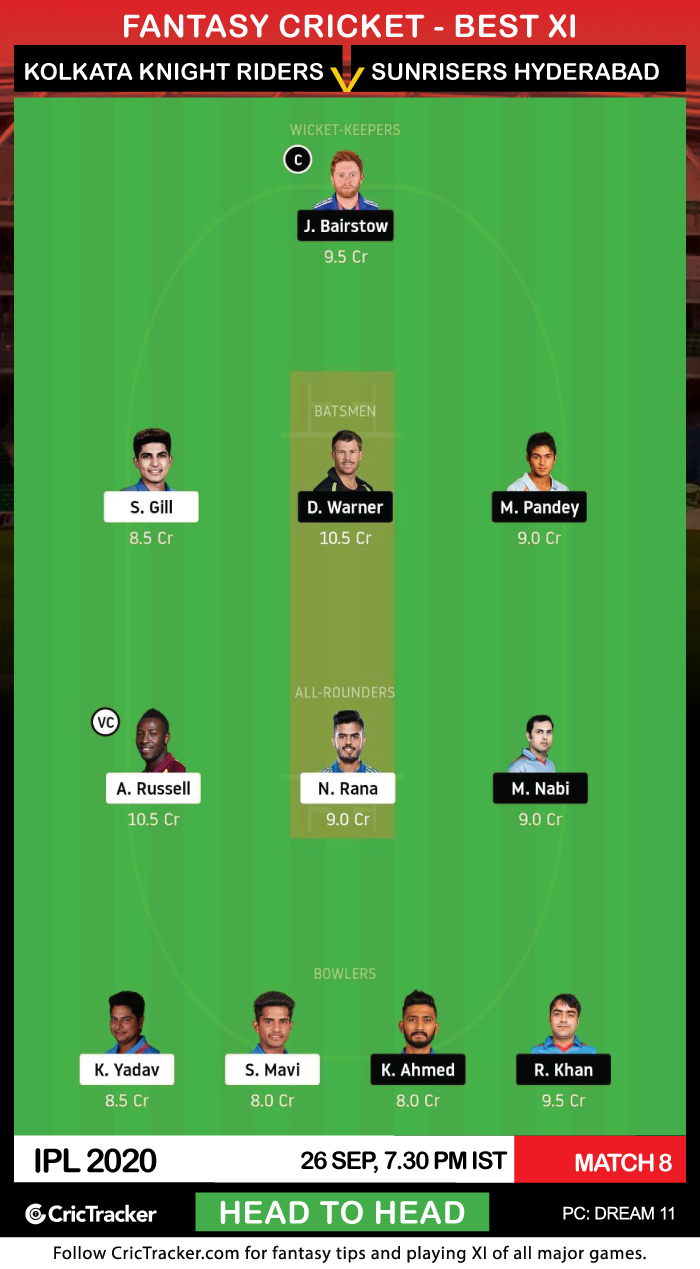 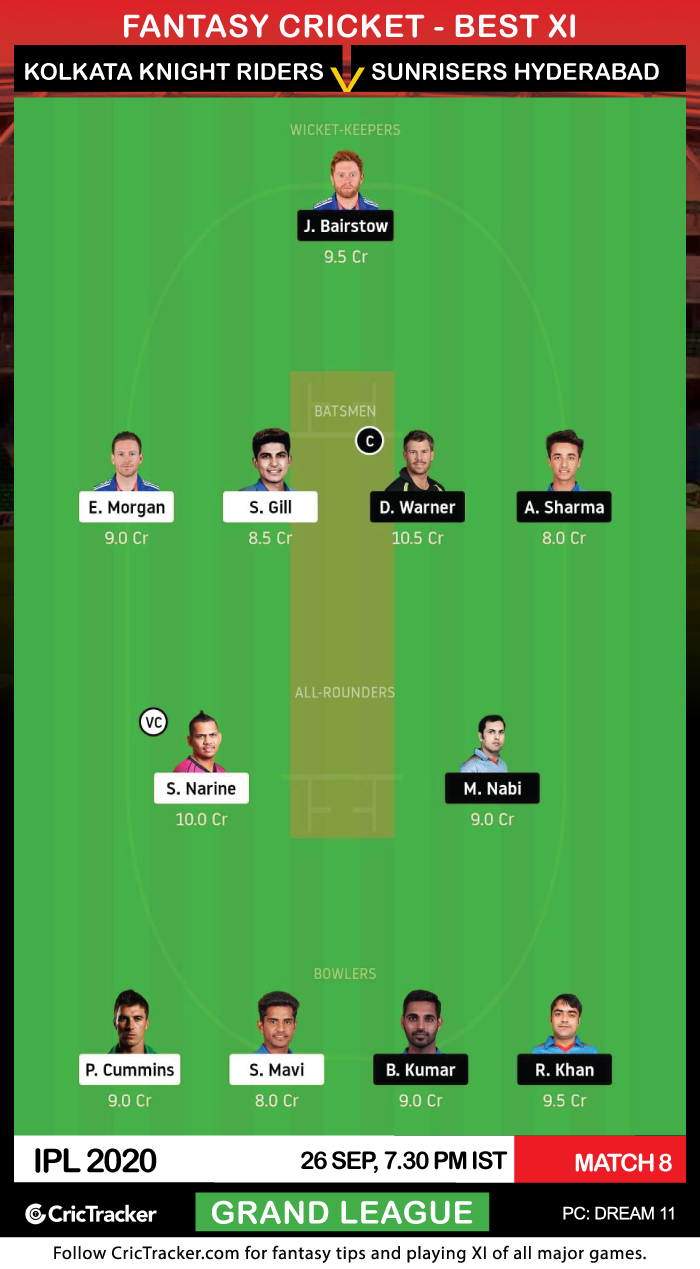 There are players who take up a lot of credits from both these teams. Thus, it gets inevitable to pick two or more players with 8 credits. If Khaleel Ahmed plays, he can be a good option. Shivam Mavi and Abhishek Sharma are the other options you’ve got.