David Warner seems to be the good option to make captain of your fantasy team. 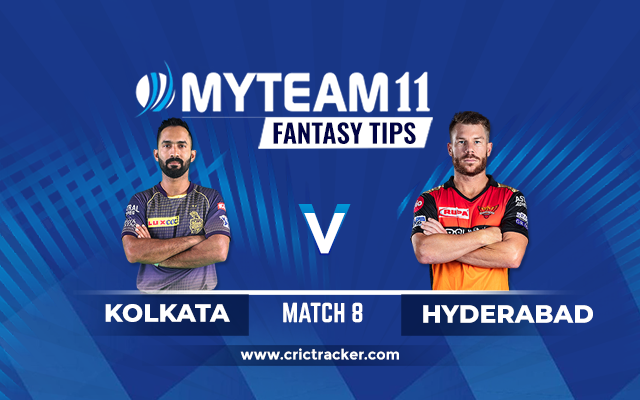 The 8th match of the Indian T20 League 2020 will be played between Kolkata and Hyderabad at Sheikh Zayed Stadium in Abu Dhabi. We have got the best Kolkata vs Hyderabad team prediction for today’s match.

Kolkata vs Hyderabad Match 8 is scheduled to start at 07:30 PM IST (06:00 PM local time) (02:00 PM UTC). The game will be telecasted on the Star Sports Network (Available in English, Hindi, Telugu, Tamil, Kannada and Bengali). Also, live streaming will be available on Disney+ Hotstar.

The 8th match of Indian T20 League 2020 is all set to be played between Kolkata and Hyderabad in Abu Dhabi. Both Kolkata and Hyderabad have started their campaign with losses in their opening games and are the only two sides who are yet to register a win this season. Kolkata suffered an all-round failure in their first game against Mumbai, which led to a 49-run defeat in Abu Dhabi.

Their poor display with the ball followed by a batting order failure were the main reasons behind their defeat. However, they will be more aware of the condition of the wicket in Abu Dhabi and would like to take full advantage of that to get going in this match. They will be expecting their senior players like Pat Cummins, Morgan to perform and get them the first win of the tournament.

On the other side, Hyderabad botched up the very wrong moment while chasing against Bangalore in Dubai. Their over dependence on the opening pair followed by an inexperienced middle order can create a huge barrier for them this season. However, they will be hoping for someone like Kane Williamson to be fit and ready to go in the middle order to solve this problem. They will be determined to get going and not fall behind in the very first two games of the season.

ICC Awards of the Decade: All the categories and nominations you need to know

SWOT analysis of India's ODI squad for the Australian tour 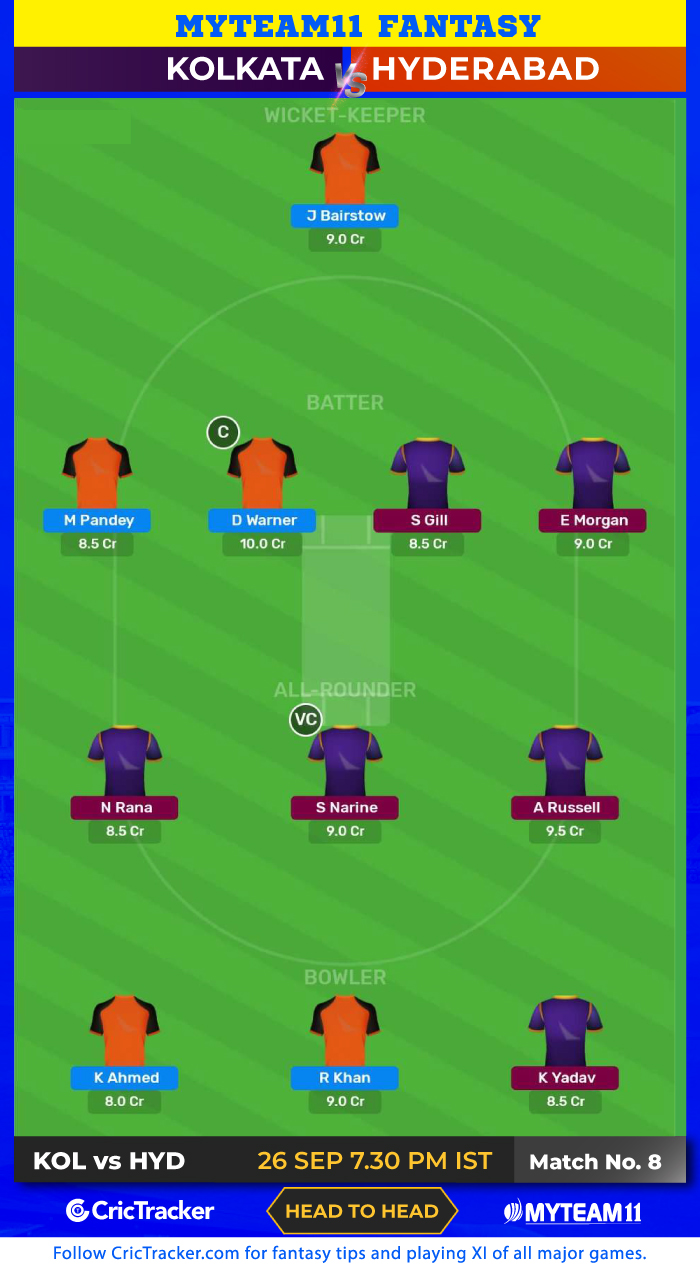 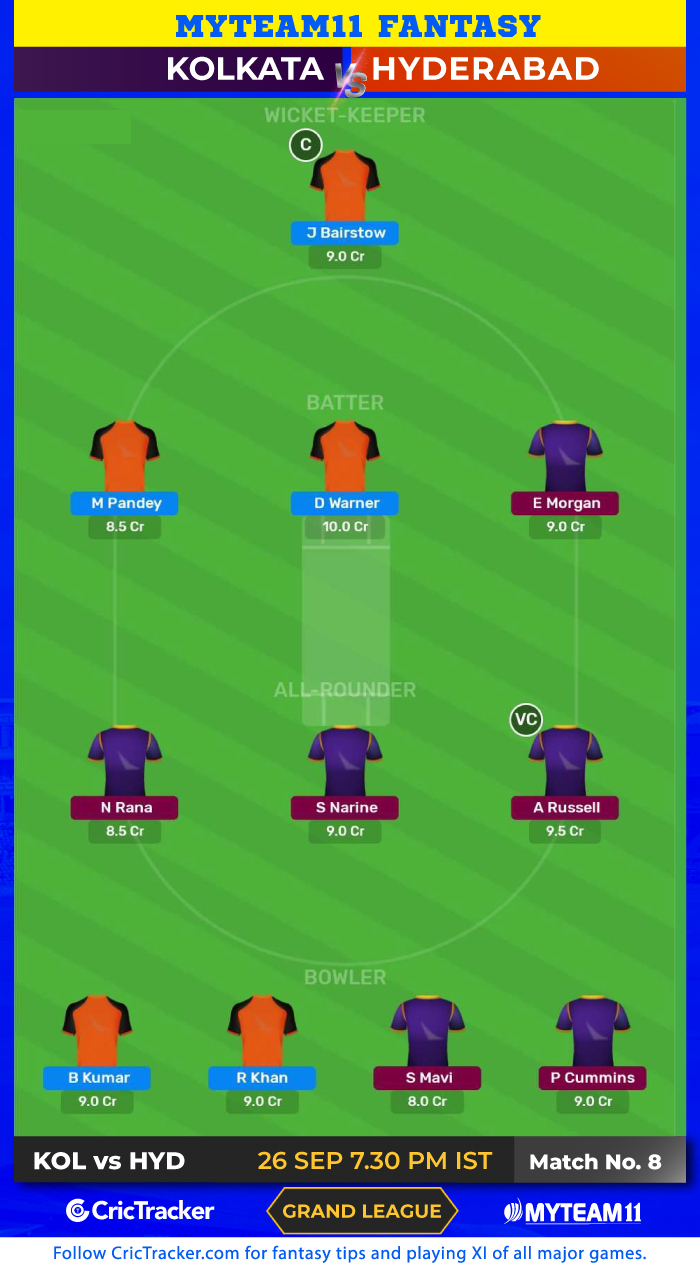 Kane Williamson missed the last match due to an injury during practice. Well, he was seen batting in the nets but his availability is still uncertain.

Mitchell Marsh will miss out the rest of the season following an ankle injury in the first match. Jason Holder will join the squad as his replacement soon.

The temperature is likely to be around 33 Degrees Celsius in Abu Dhabi during the match and there is no chance of rain as well.

By looking at the first two matches in Abu Dhabi, the pitch assists both batting and bowling equally. Two different pitches were used in the first two games. However, the same pitch from the last game will be in action which had initial help for the seamers and was a good track to bat on.

David Warner – Hyderabad – David Warner has 533 runs in this fixture, which is the most by any batsman at a SR of 152.72. He has an SR of 217 in the last 6 years against Sunil Narine and an SR of 161.5 against Kuldeep Yadav in the last three years. He scored at a SR of 167 against them last season which also includes two half centuries in two games.

Hyderabad is expected to win this match.