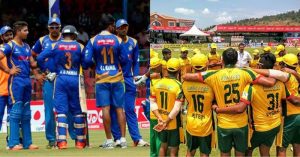 Bijapur Bulls have lost just a game in Karnataka Premier League (KPL) 2015, which came in their last league game against Belagavi Panthers. On other hand, Hubli Tigers had only 1 win in their first 4 games but came back strong with 5 consecutive wins including one in Eliminator and another in Qualifier 2.

For Bulls, Uthappa had been their best bet in batting with R Samarth, Rajoo Bhatkal, B Akhil and M Nidesh delivered when required. In bowling, spinners have played important role for the Bijapur Bulls with KC Cariappa picking up 13 wickets and KP Appanna with 11 wickets troubled the opposition batsmen. Pacers have also done well with Abhimanyu Mithun picking up some early wickets and possessed a decent economy of around seven every over.

Hubli Tigers missed out services of KL Rahul, who didn’t play even a single game and Sreenath Aravind had to leave for India A duty. Despite of all those, Tigers have managed to win five games in a row to make to this stage. Mohammad Taha provided some impressive starts scoring three fifties which includes a crucial 93 in the Qualifier 2. KB Pawan’s good form and Chethan William’s contributions in the middle order have been working out well for them. However, stand-in skipper Kunal Kapoor is due a good performance, who will be eager to lead from the front in the finals. Coming to their bowling attack, Kishore Kamat with nine wickets and young leg-spinner Dikshanshu Negi has also done well by picking up wickets and restricting flow of runs.

Both the sides are expected to field in with unchanged line-up unless and injury scares.

Bijapur Bulls and Hubli Tigers faced each other in 2 matches so far, both time Bulls got better hold of the Tigers. First time they faced in 2014 league stage where Hulbi Tigers, who batted first could only score 116 with Cariappa, MG Naveen and Bhatt striking regularly with the ball for the Bulls. Samarth’s quick for 70 made the chase easy for the Bijapur Bulls who won the game by 5 wickets. Their 2nd meet came during the ongoing season where Hubli Tigers, who batted first scored 152 with help of some great batting from KB Pawan. With an innings similar to that of Pawan’s, Uthappa helped his side Bijapur Bulls to win the game by 7 wickets with 3 overs to spare.

Weather: Mostly cloudy, but no forecast of rain.