Ahmed Musaddiq is the only centurion in this tournament.

In the 39th match of the ECS T10 Kiel 2021, we will witness a clash between Kummerfelder Sportsverein and SC Europa Cricket.

The matches will be played at 04:30 PM IST respectively. This match will be streamed live on Fancode.

In the 39th match of ECS T10 Kiel, Kummerfelder Sportsverein will lock horns with SC Europa Cricket at the Kiel Cricket Ground on Thursday. Both the teams have had a magnificent tournament till now as they are at the top half of the points table in Group B.

Kummerfelder Sportverein are unbeaten so far in this tournament. They have won all their 6 matches and are currently sitting at the top of the table in the Group B standings with 12 points.  Meanwhile, SC Europa lost their previous match against the Kummerfelder Sportsverein by 10 wickets. So far they have played 7 matches, winning 4 and losing 3. At present, they are at 2nd spot in the Group B standings with 8 points.

Captaincy Pick for KUM vs CRI

Ahmed Musaddiq is the only centurion in this tournament. He scored 115 runs from just 33 balls against the THCC Hamburg. Overall in this tournament, he has scored 226 runs and picked up 5 wickets. He is in top form as an opener and can win any match for his team.

Bilal Shinwari has scored 121 runs and picked up 1 wicket in this tournament so far. He can turn the game anytime with his incredible all-round ability. He can reap rewards for your fantasy team in this match. 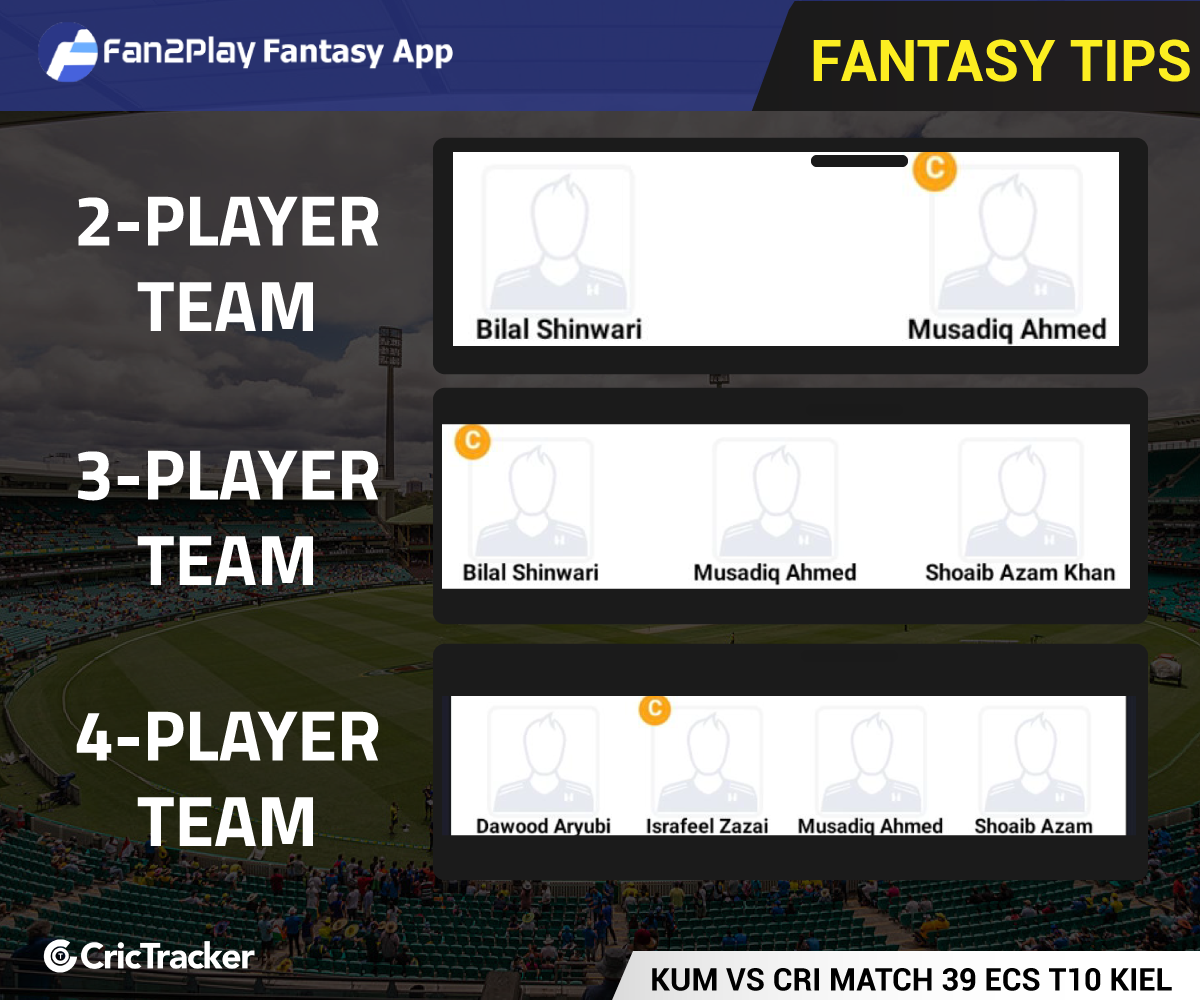 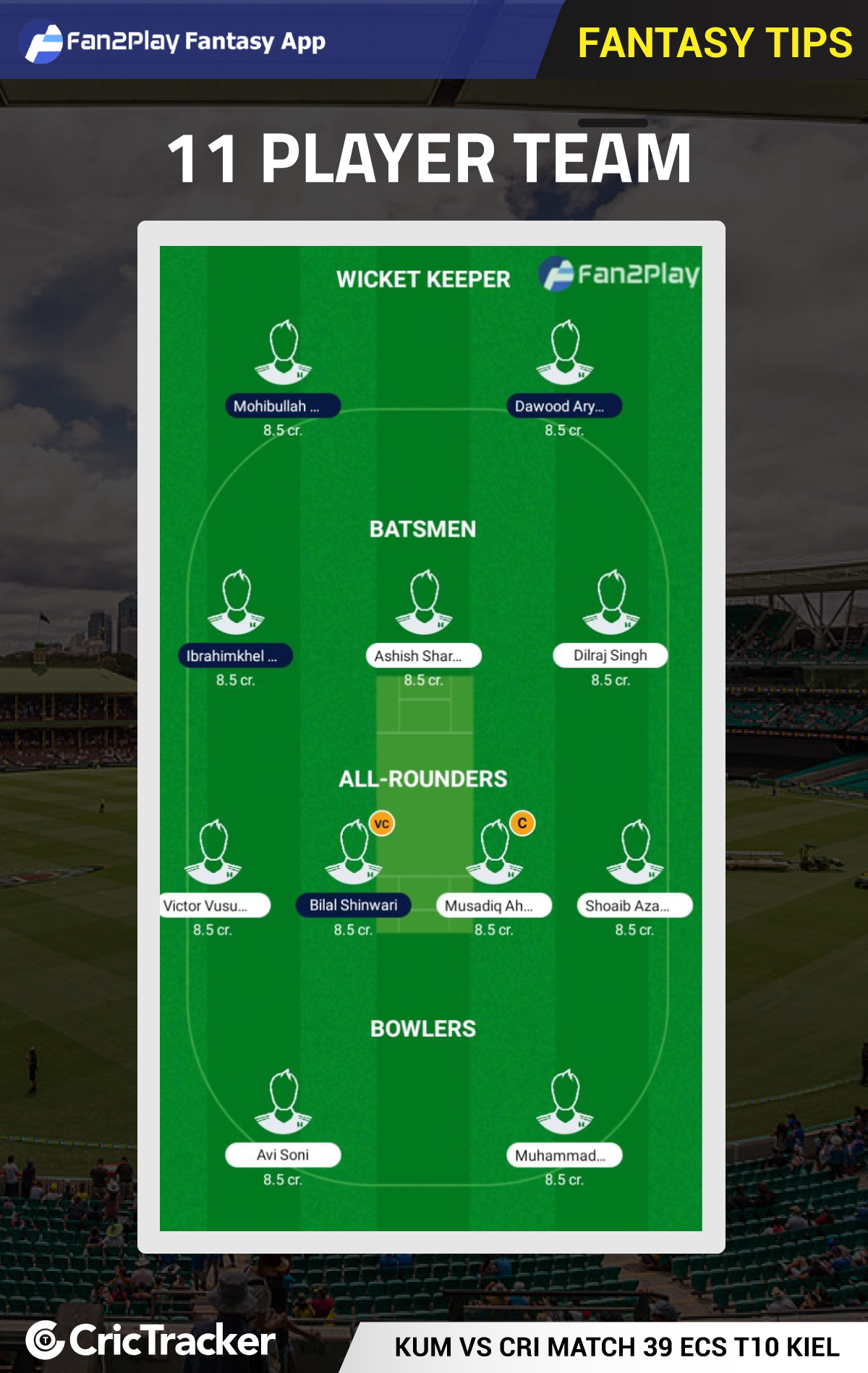