The likes of AB de Villiers, Andre Russell, Virat Kohli and KL Rahul will be in action on Saturday. 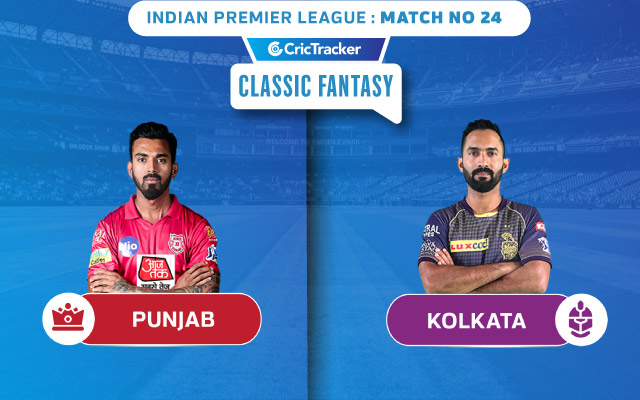 Saturday will witness an interesting doubleheader of the 2020 Indian Premier League (IPL) as RCB takes on CSK after the KXIP vs KKR in the afternoon. The struggling teams CSK and KXIP will be looking for wins in their respective matches to stay alive in the playoff race. The likes of AB de Villiers, Andre Russell, Virat Kohli and KL Rahul will be in action on Saturday.

Schedule logistics around KXIP vs KKR & CSK vs RCB

RCB, CSK, KKR and KXIP will be part of the Saturday’s doubleheader. Hence, we have picked at least two players from each team and as many as three players from RCB as they play a total of four matches in eight days.

The Russell factor for KXIP vs KKR

Andre Russell has not got going in the current tournament with the bat but the bowling attack of KXIP is ideal to see him succeed. He is likely to chip in a couple of overs and could end up with 1-2 wickets as he will bowl to a fragile KXIP line-up.

The Kohli-ABD duo for CSK vs RCB

Both Virat Kohli and AB de Villiers did have struggles to the spinners of CSK. But the move of bringing in Karn Sharma for Piyush Chawla could help the duo. Both Kohli and ABD struggled against Chawla but easily played out Sharma. Hence, we could see the duo scoring big runs against ordinary bowling of CSK.

Safe team for KXIP vs KKR & CSK vs RCB

We expect Virat Kohli and KL Rahul to come out all guns blazing after their recent big defeat. Faf du Plessis is roped in along with Andre Russell for this doubleheader. 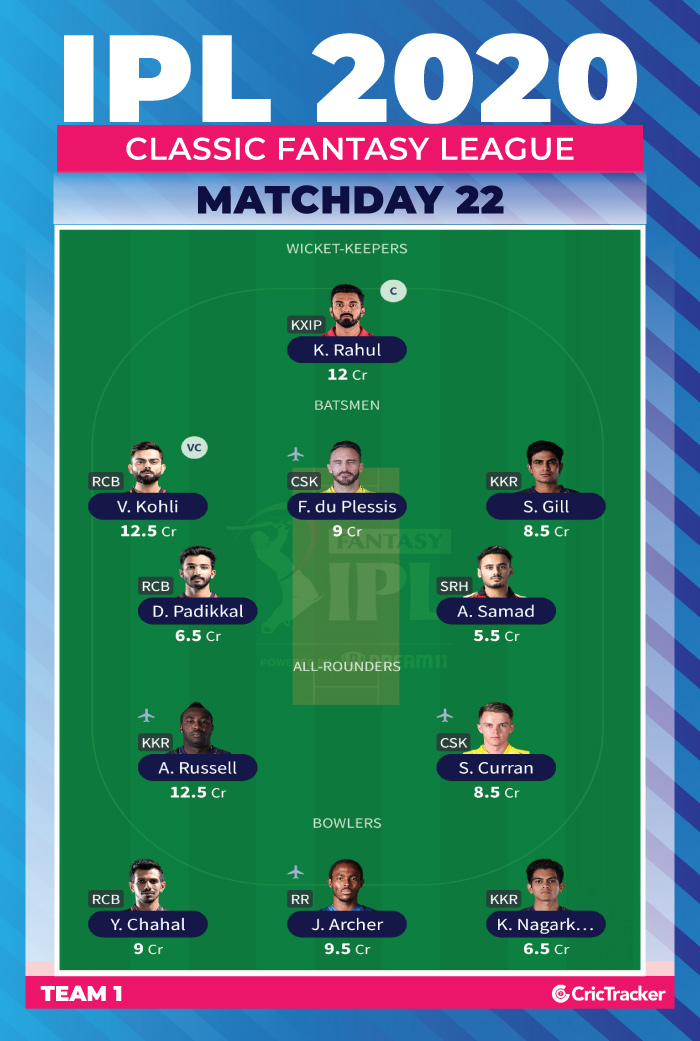 Risky team for KXIP vs KKR & CSK vs RCB

We expect Andre Russell to score a big one against Kings XI Punjab and hence made him the captain. Sam Curran could get a better role after recent defeats and will be a useful choice as vice-captain. 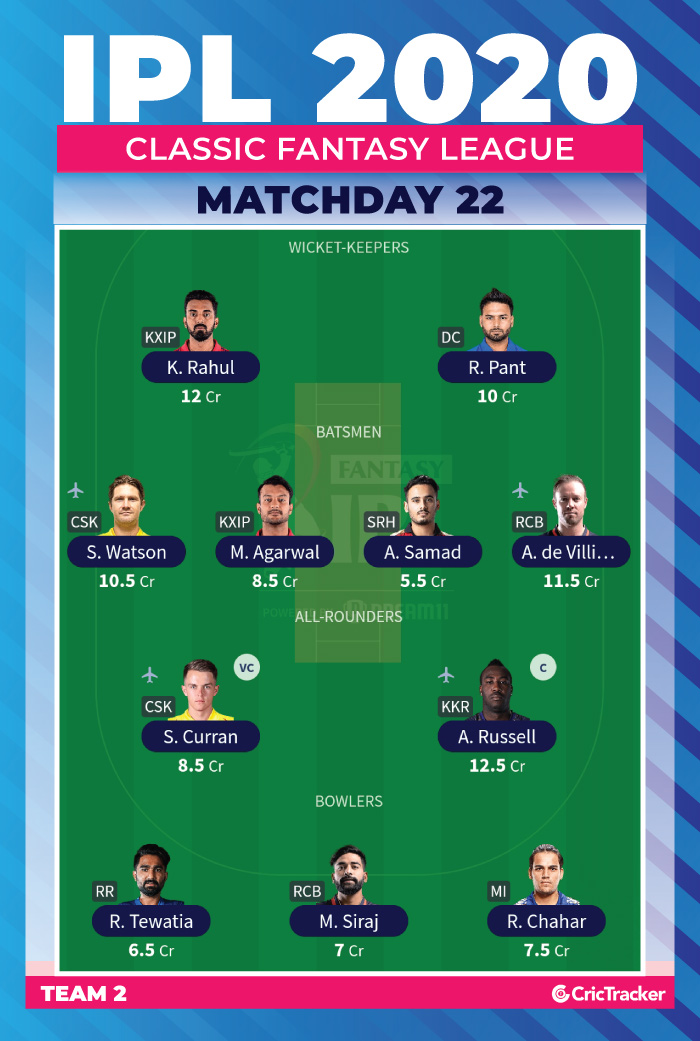