The fourth in the list is Mumbai Indians skipper and India's limited-overs vice-captain, Rohit Sharma.

The thirteenth edition of the Indian Premier League (IPL) is still in its early stage but the tournament has already dished out multiple high-scoring thrillers. Relying on an explosive batting mindset, the modern-day batsmen have no problem whatsoever in clearing the rope at a consistent rate.

But while aiming to score runs at a brisk rate in the shortest format, batsmen also tend to play a false shot, resulting in their knock ending in an abrupt way. Talking about the journey IPL, there have been many players who have smoked runs with a minimal false shot percentage.

Tagged as the best young batsman across the country, Gill has been in stellar form this season. In three matches so far in IPL 2020, the KKR opener has scored 124 runs including an unbeaten 70-run knock against Sunrisers Hyderabad.

The fourth in the list is Mumbai Indians captain and India’s limited-overs vice-captain– Rohit Sharma. The Nagpur-born batsman, known for his impeccable timing, is also amongst the leading run-scorers in the tournament. He has scored 4998 runs so far in 191 IPL games with a false shot percentage of 15.0. Keeping his batting expedition aside, Rohit is also the most successful skipper of the IPL, having led the Mumbai Paltan to four titles so far.

The seventh name in the list is one of the most equipped batsmen of the shortest format– AB de Villiers. Widely known as Mr 360, the South African has been a vital part of the IPL since its inception. While being part of several franchises, De Villiers has scored runs with a false shot percentage of 16. 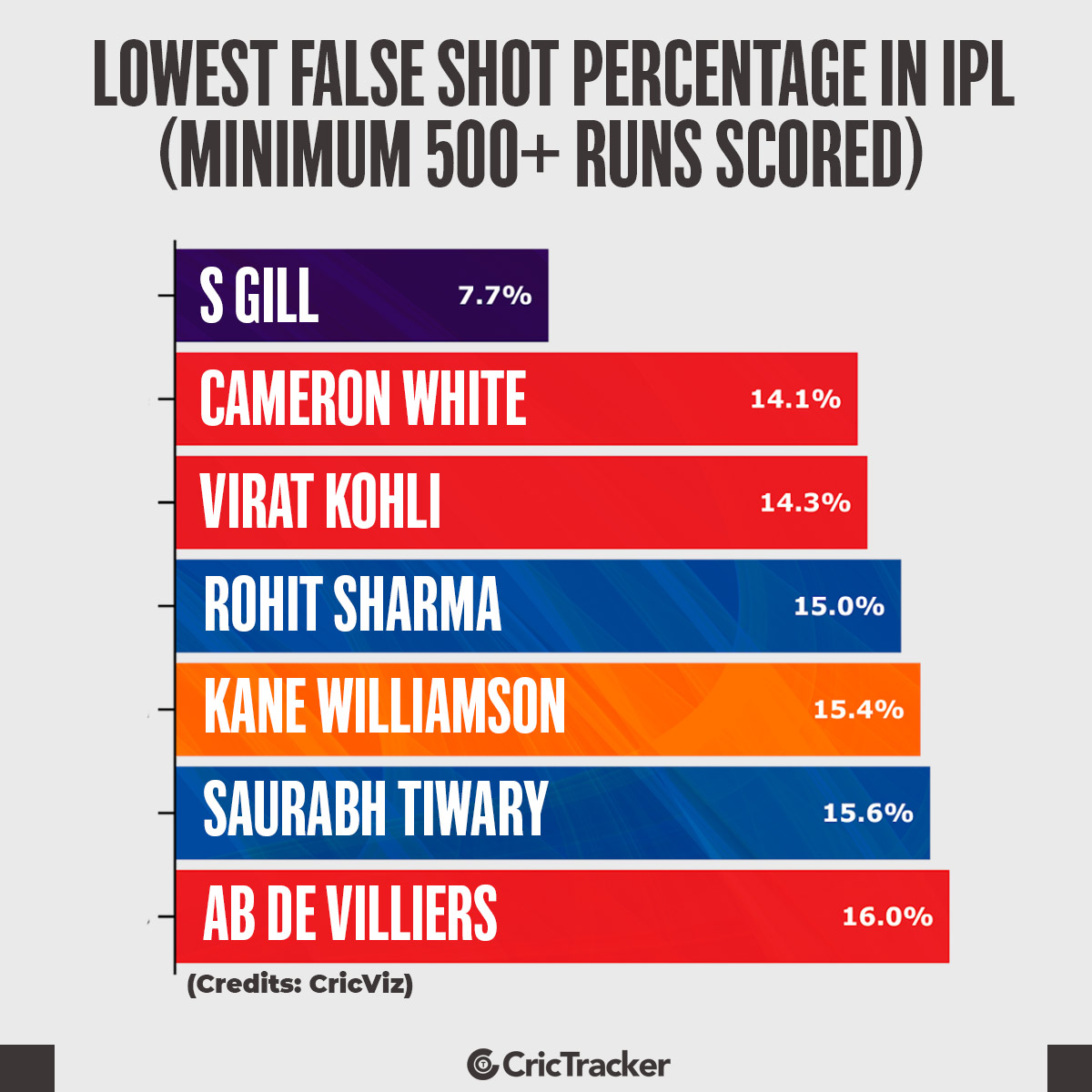