Earlier in the tournament, Rahul Tewatia pulled off an excellent heist for the Rajasthan Royals in the game against the Kings XI Punjab. 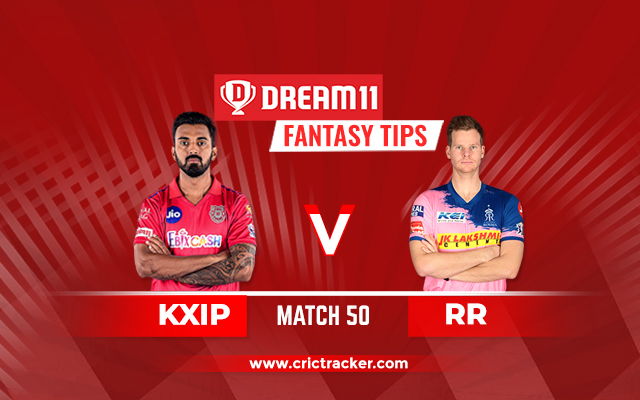 Rajasthan Royals won the toss and opted to bowl first

The 50th match of the Indian Premier League (IPL) 2020 will be played between Kings XI Punjab and Rajasthan Royals at the Sheikh Zayed Stadium in Abu Dhabi.

After a miserable start to the tournament, the Kings XI Punjab (KXIP) managed to turn things around quite emphatically. With five wins in a row, they have managed to forge into the top four. However, their job is just half done as yet. Seven out of eight teams are still competing for a spot in the top four even though the Mumbai Indians (MI) have more or less made it. KXIP will have to win this game at all costs to improve their chances of making it into the playoffs.

However, their opponent – the Rajasthan Royals (RR) – would be just as hungry for a victory, for, this is a do-or-die game for them. The Royals have got one win lesser than KXIP and would love to make it 6 wins from 13 games. They are coming off a brilliant victory against the Mumbai Indians (MI), courtesy a Ben Stokes-Sanju Samson excellence. They would want to break KXIP’s winning streak in this encounter.

There is not a significant change in terms of the temperature as compared to the last few days in Abu Dhabi. The humidity levels, though, will rise significantly as the evening progresses.

The pitch in Abu Dhabi has been brilliant for batting. After a couple of 190-plus totals in the first innings, the last match was comparatively low-scoring. The ball has been coming on to the ball nicely and the teams chasing have won in four out of the last five games here.

163 (Thus far at this venue in this tournament)

KL Rahul has been excellent with the bat and is leading his team from the front with 595 runs in 12 matches at an average of 60.

Ben Stokes was brilliant with an unbeaten 107 off 60 balls in the last match and is expected to take-off once again in this game.

Sanju Samson struck some beautiful shots in the last match against MI and raced his way to 54 off 31 balls.

Chris Gayle put his class and power on display against KKR with a 29-ball 51 and played an important role in his side’s win.

Mandeep Singh was unbeaten on 66 off 56 balls in the previous match and that knock should give him a lot of confidence going forward.

Jofra Archer has picked up 17 wickets from 12 games and has got an economy rate of 6.71.

Mohammed Shami is the leading wicket-taker for KXIP with 20 wickets from 12 matches. His economy rate is 8.46. 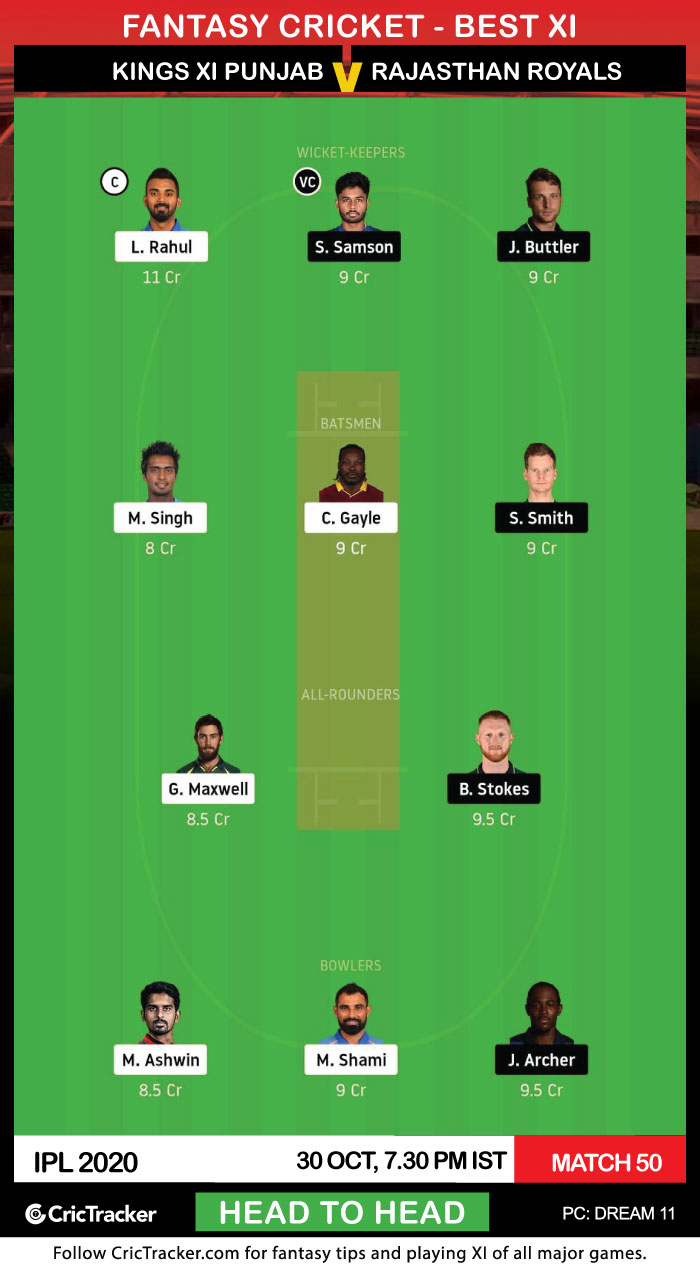 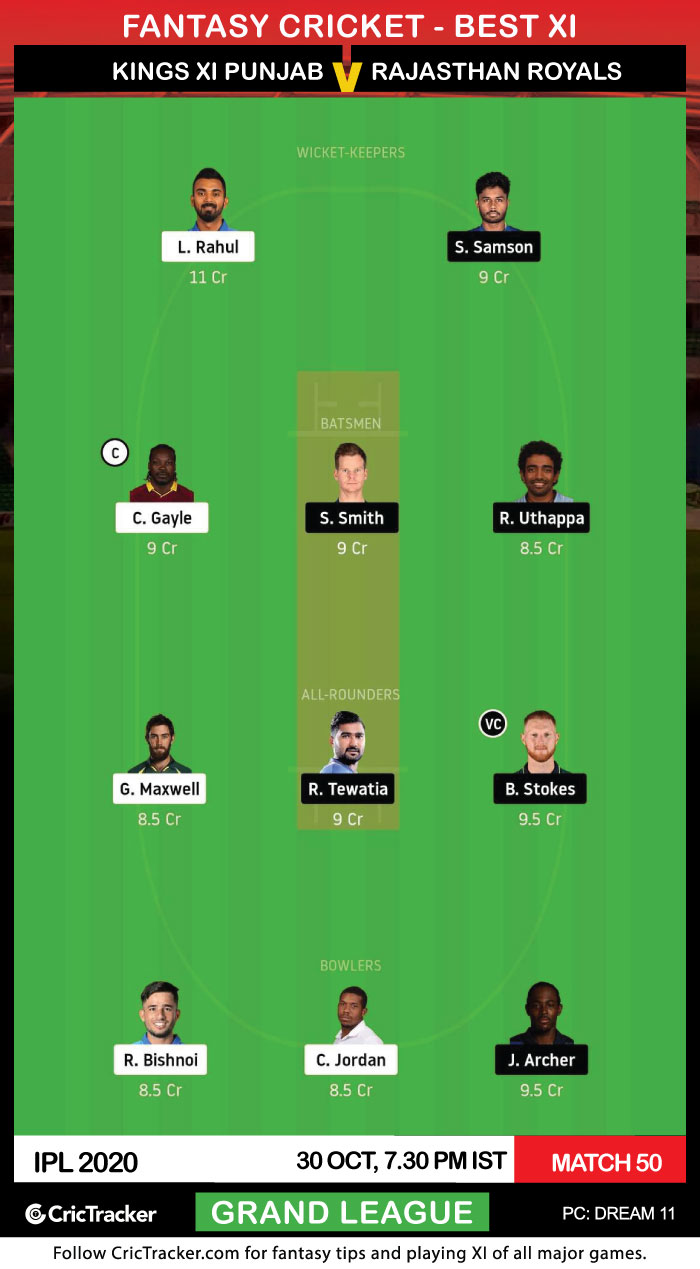 There is still uncertainty about Mayank Agarwal’s fitness and he is doubtful for the upcoming game. Thus, he isn’t picked in any of the teams. You can check for the updated teams after the toss on our Telegram group.

Kings XI Punjab are expected to win this game.