Fakhar Zaman is the leading run-scorer in the tournament.

Lahore Qalandars and Karachi Kings are going to play the 26th match of the PSL on Friday. The Qalandars have won five out of the seven games and are placed in the second position in the points table. They have won their last two matches and are looking pretty strong. The Qalandars defeated Quetta Gladiators by eight wickets in their previous encounter.

Karachi is going through a pretty dark phase and are placed in the last position in the points table. They are yet to win a match in the tournament and are out of the race to qualify for the playoffs. They lost their last game against Multan Sultans by seven wickets.

The pitch is likely to offer an ample amount of support to the batters and they might continue receiving the same in this game. The bowlers have struggled in the last few games as teams have managed to pile up huge totals.

Rashid Khan has picked seven wickets in seven matches at an average of 27, an economy of 6.75, and a strike rate of 24.

LAH vs KAR Must Picks for Dream11 Fantasy Cricket: 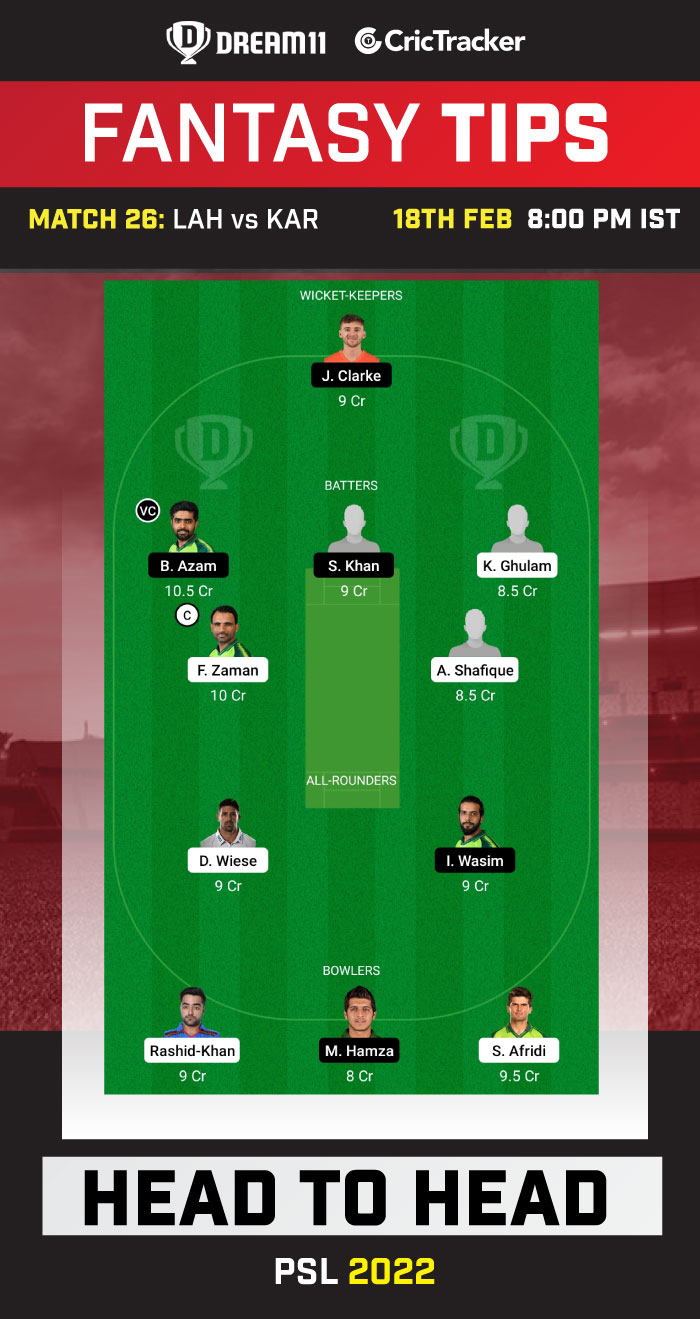 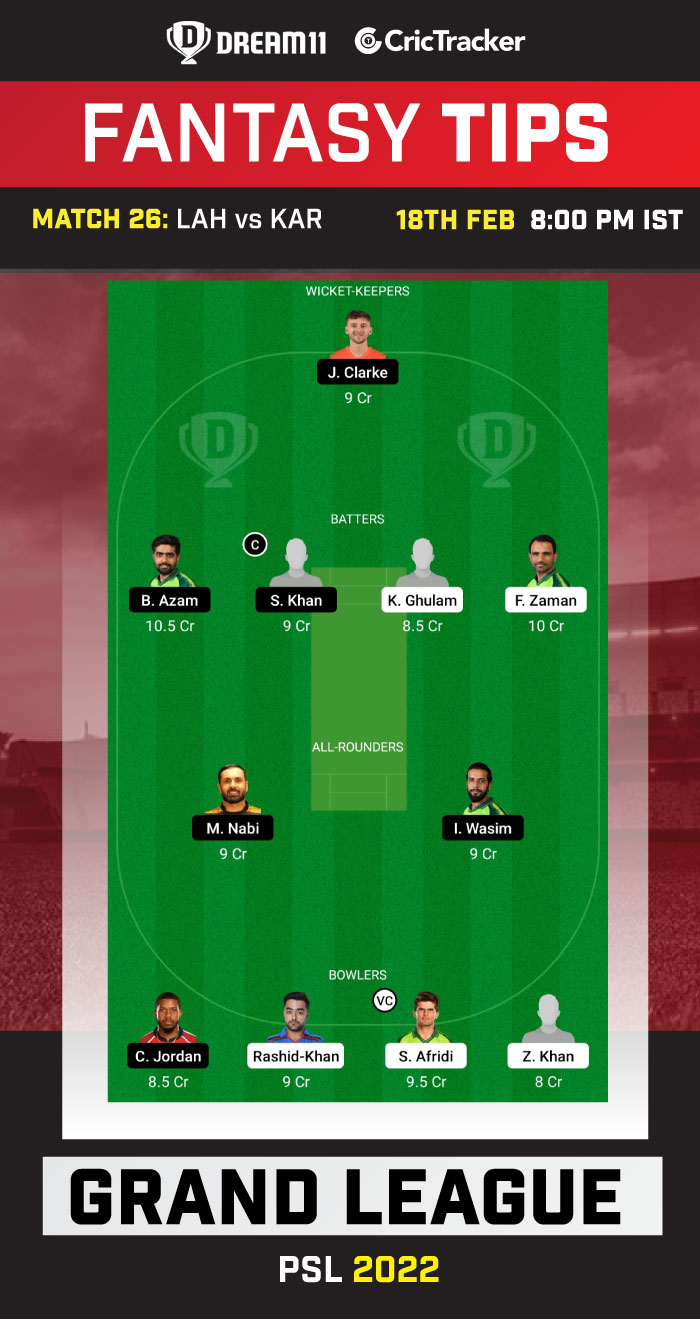 David Wiese has picked five wickets in seven matches at an average of 30, an economy of 8.33, and a strike rate of 21.6. He has made just 55 runs at a strike rate of 189.65 and might be a risky choice to pick as the captain of your fantasy cricket team.

Abdullah Shafique has made 172 runs in seven matches at an average of 24.57 and a strike rate of 127.40. He has not been able to score over 20 runs in the last two outings and it would be a huge risk to pick him as the captain.

Philip Salt has featured in four matches and has managed to score only 34 runs. It’s best to avoid him in your fantasy team.