The first Eliminator match of the Pakistan Super League 2020 will be played between Lahore Qalandars and Peshawar Zalmi at the National Stadium, Karachi.

Lahore Qalandars will be playing against Peshawar Zalmi in the first Eliminator of the PSL playoffs. The Qalandars have never played in the knockout phases in their short history in this tournament. They finished in the top four for the first time with five wins in ten games after the league stage. They are coming off a brilliant victory against the table toppers and will have plenty of desire and motivation to get through in their first attempt.

On the other hand, Peshawar Zalmi finished fourth in the league stage which is their worst ever finishing position in the short PSL history. They had a decent league stage with the ball but could not deliver the same in their batting. Faf du Plessis‘ form in the IPL will surely solve the majority of their problems in their batting.

There is no chance of precipitation with the temperature dropping to 26 Degree Celsius during the match time.

The team batting first always finds it difficult to score quickly. The team winning the toss would like to bowl first on this wicket.

Shaheen Shah Afridi has picked up 13wickets at SR of 16.1. He has been in terrific form this year and fifers in T20 blast and National T20 cup.

Samit Patel also has 9 wickets under his name, including a four-wicket haul.

Wahab Riaz has been excellent with the ball as he has 11 wickets this season.

Faf du Plessis is coming off an excellent IPL with CSK. He was the top run-getter for CSK with 449 runs at an average of 40.82.

Kamran Akmal smashed 64 off just 33 balls in the practice match against Karachi. He is the leading run-scorer of Peshawar Zalmi this season so far. 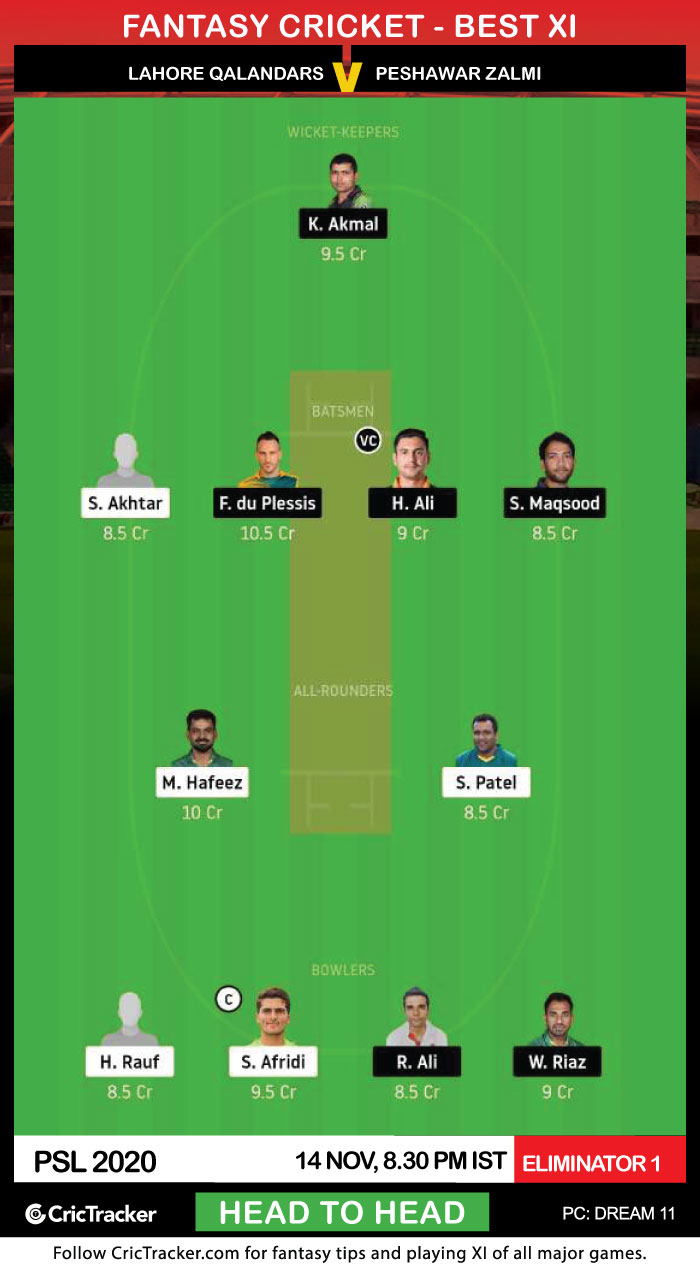 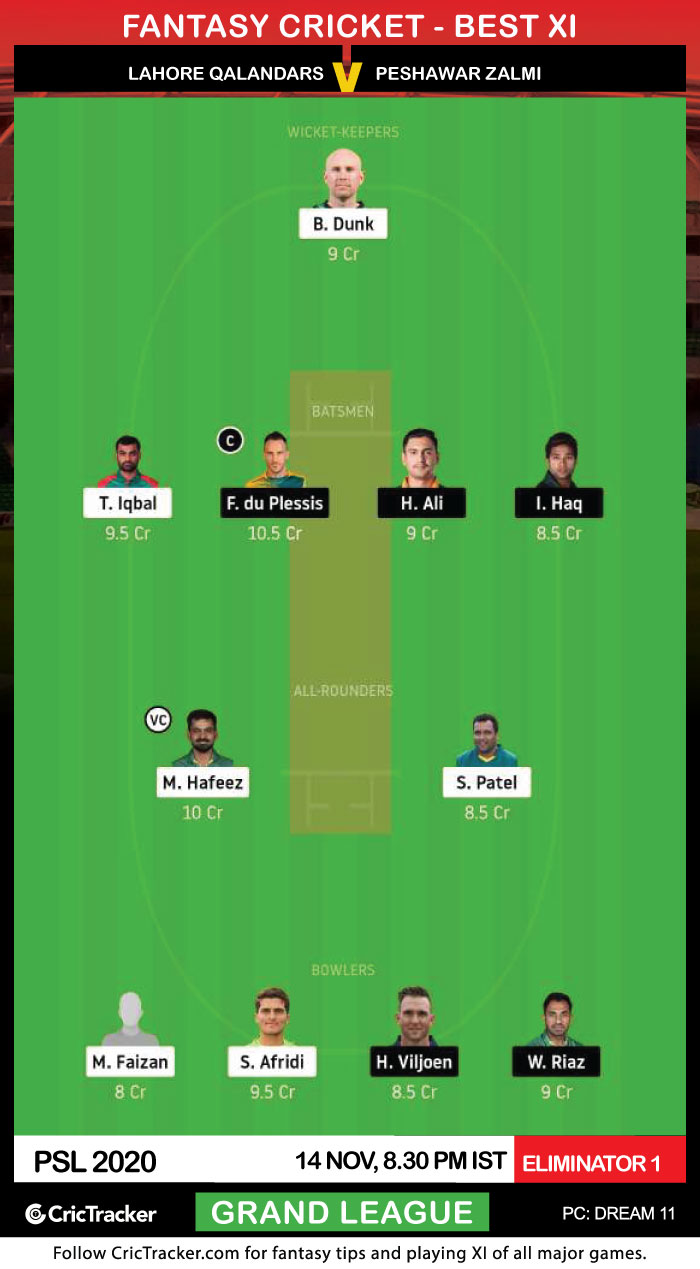 Sohaib Maqsood scored a 54 ball 80 runs against Multan in their recent practice game. He had a brilliant National T20 campaign with 393 runs at SR of 167.94 with the second-highest numbers of sixes in the tournament.

Lahore Qalandars is expected to win this match.