Finn Allen is a good captaincy pick for this match.

Lancashire will take on Worcestershire in the upcoming North Group battle in the Vitality T20 Blast tournament. This match will take place at the Emirates Old Trafford in Manchester.

Both teams have had a mixed campaign this season and it would be interesting to see who emerges victorious in this clash. Worcestershire are currently holding fourth place in the team standings, having won four of their nine games. Notably, three of their fixtures got washed out due to rain while one encounter resulted in a tie.

On the other hand, Lancashire are fourth in the table with three wins in nine games. They also have a tied contest under their belt this season. Notably, Worcestershire walked away with an eight-wicket win when these two sides crossed swords earlier this season. Hence, Ben Cox’s men would want history to repeat itself while Lancashire will have redemption in mind.

Captaincy Picks for LAN vs WOR

The New Zealand dasher has been in fine form this season and would be raring to shine against Worcestershire. Allen makes brilliant use of the field restrictions and playing big knocks isn’t beyond his reach either. So far, the youngster has slammed 215 runs in eight games and would be determined to enhance his tally.

Allen’s teammate Matthew Parkinson is the other player to watch out for in this context. The leg-spinner has bowled some terrific spells this season and Worcestershire batsmen show beware of his prowess. Parkinson can wickets at regular intervals without conceding too many runs. He has so far scalped 11 scalps in eight outings. 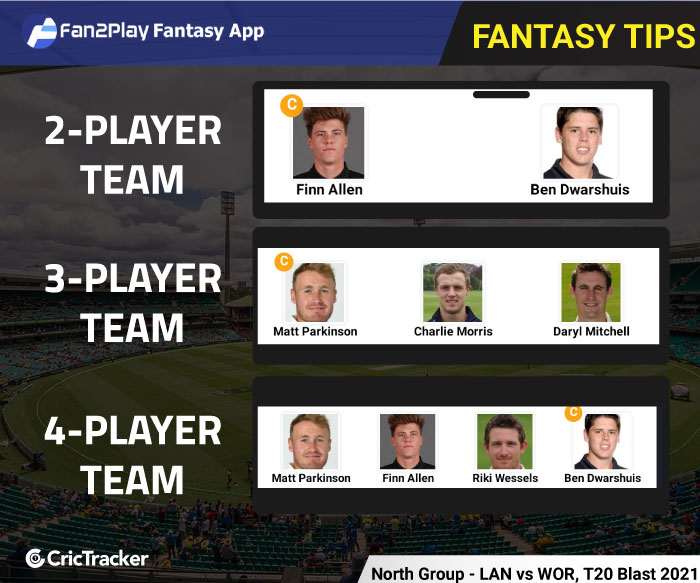 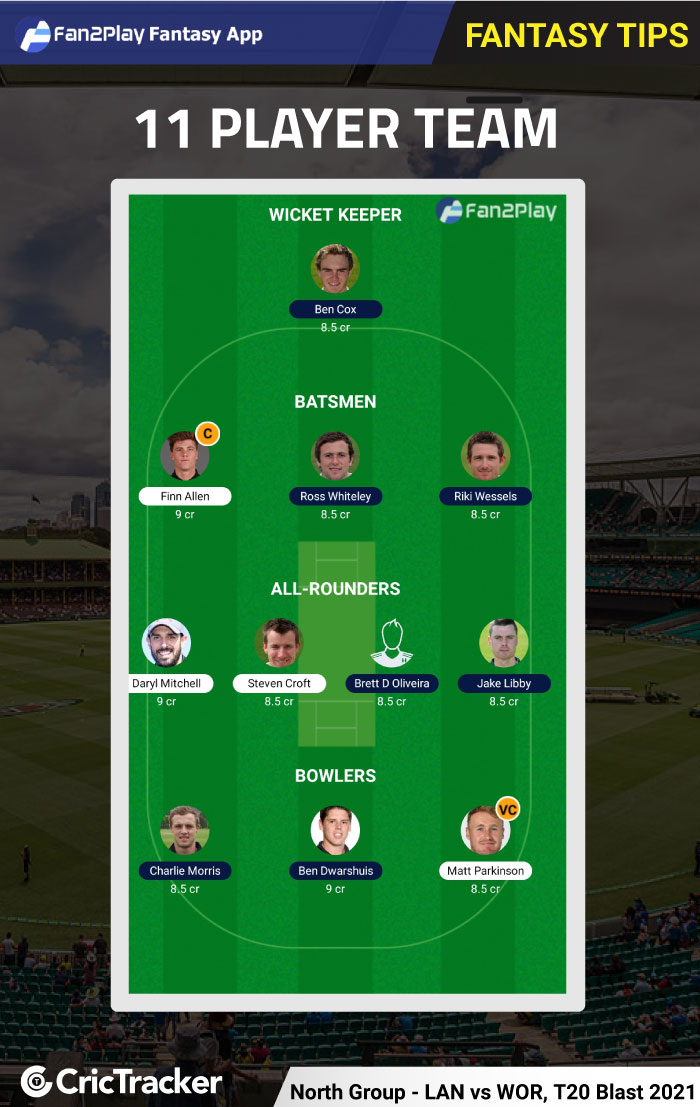