Charith Asalanka is the player to watch out for in this tournament.

Dambulla Giants will take on Kandy Warriors in the first match of Monday. Dambulla Giants had a good tournament in the last edition, but they lost to Jaffna Kings in the second Semi-Final by 37 runs. There were some outstanding individual performances last year, where Dasun Shanaka played a vital role throughout the tournament. It will be interesting how far they will go in this year.

Kandy Warriors had a lean patch in the last edition where they finished at the bottom of the table with 4 points. They managed to win only 2 of their 8 matches. With new hopes will they achieve big this year we need to wait and watch.

The wicket has everything on it, it assists spinners and as well as seamers. The batters can trust the bounce and can easily accelerate once they are fully set.

Dasun Shanaka had found success in the last edition. He was the leading run-scorer for Galle Gladiators with 278 runs in 9 matches at an average of 39.71 and even picked up 4 wickets as well.

Niroshan Dickwella played a key role with the bat for Galle Gladiators in the previous edition. The wicketkeeper-batter mustered 270 runs in 9 matches at an average of 33.75 and a strike rate of 148.35.

Asela Gunaratne is a good pick for your fantasy teams. He was unstoppable with his all-round performances last year. He scored 168 runs in 8 matches and picked up 9 wickets as well.

DG vs KW Must Picks for Dream11 Fantasy Cricket: 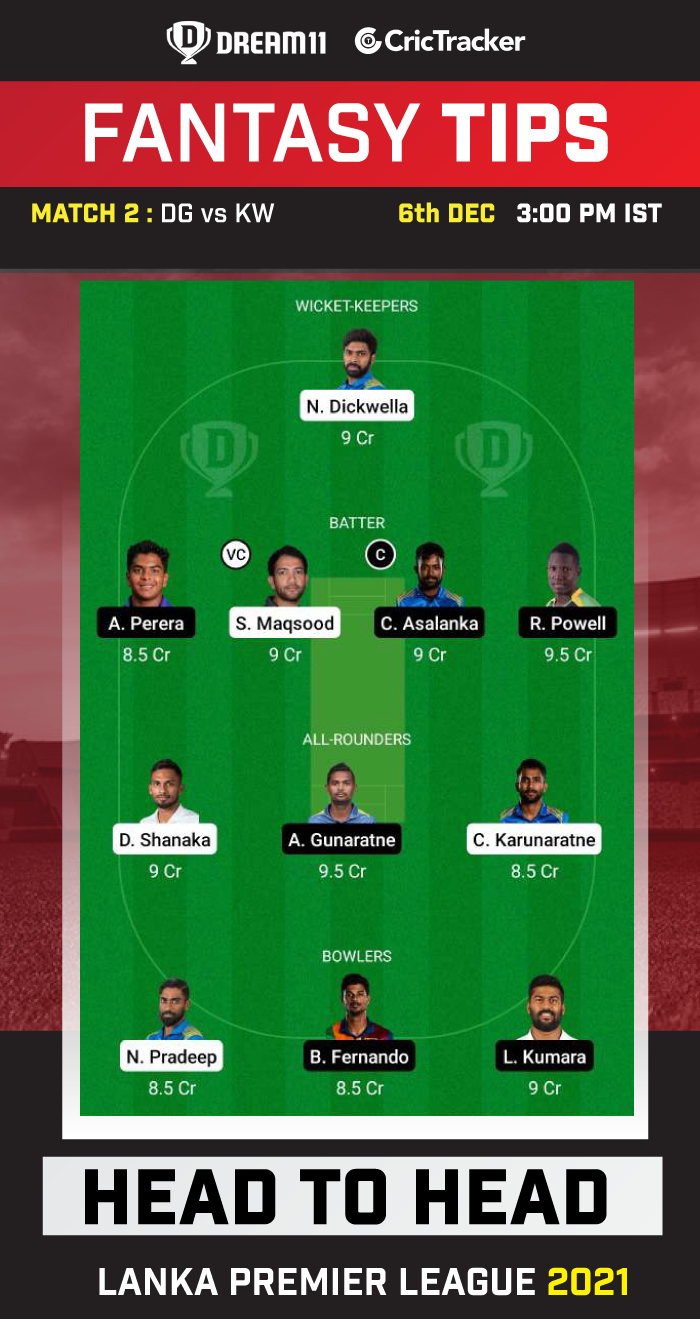 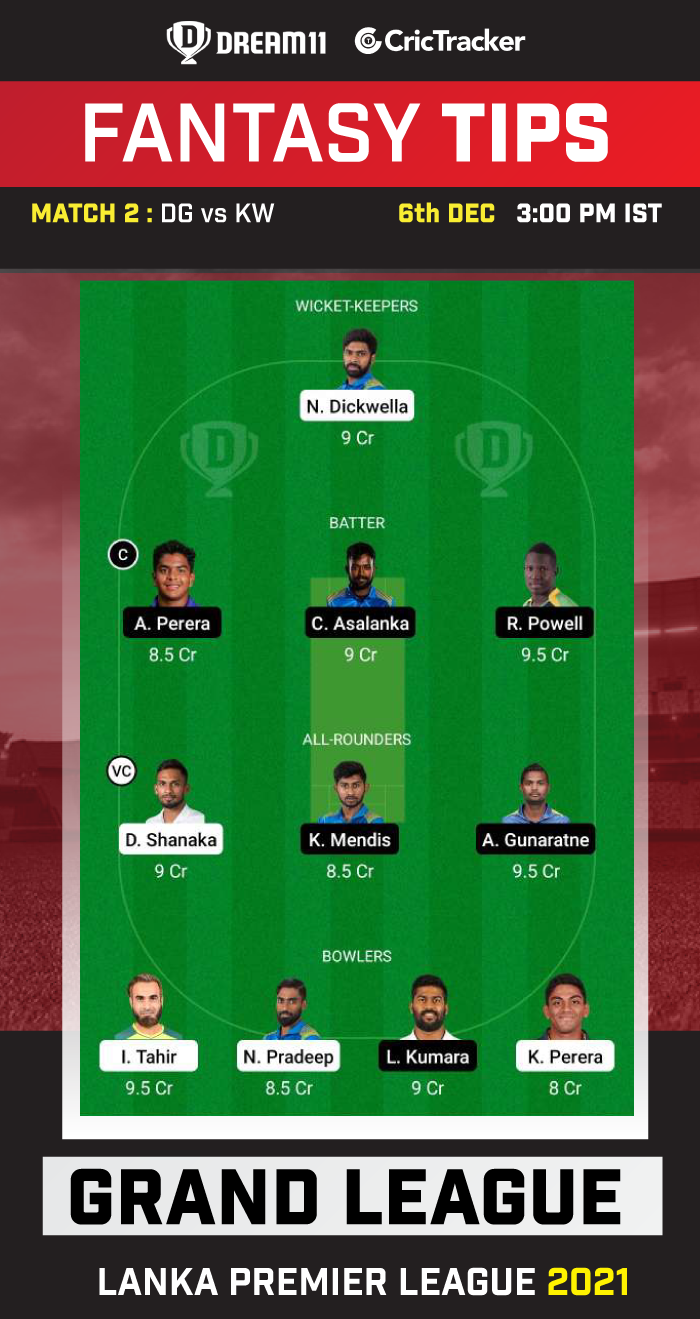 Rovman Powell is a great asset for Kandy Warriors. He is a top-class batter but doesn’t have much experience playing in Sri Lankan conditions. You can take a risk and pick him as your fantasy team skipper.

Considering plenty of options in the all-rounder’s slot, it’s better to avoid Milinda Siriwardana while making your fantasy teams.