Jaffna are expected to win this contest.

The 9th match of the Lanka Premier League 2021 is all set to take place between Jaffna Kings and Colombo Stars at R. Premadasa Stadium on December 10. While Kings will enter this contest on the back of a victory, Stars lost to Dambulla in their last game of the league.

Kings have also won their two of the three games so far wherein their last victory came through the DLS method in a rain-interrupted game. Stars have won one and lost one game in the Lankan T20 League so far.

Though the pitch clearly supported the team batting first in the tournament early on, of late, teams which have batted second have also been able to pull the game in their favour. However, bowlers might have a little difficult time on the field.

Chandimal was seen in fine-tuning in the last game won by Stars and contributed well with the bat down the order. The hard-hitting batter of Lanka might be able to change the course of this game.

Hasaranga has been going in a fine rhythm of late regardless of the format. The star spinner is expected to come well in the game against Stars as well. Though he went expensive in the last game, he can be expected to better up his records real soon. 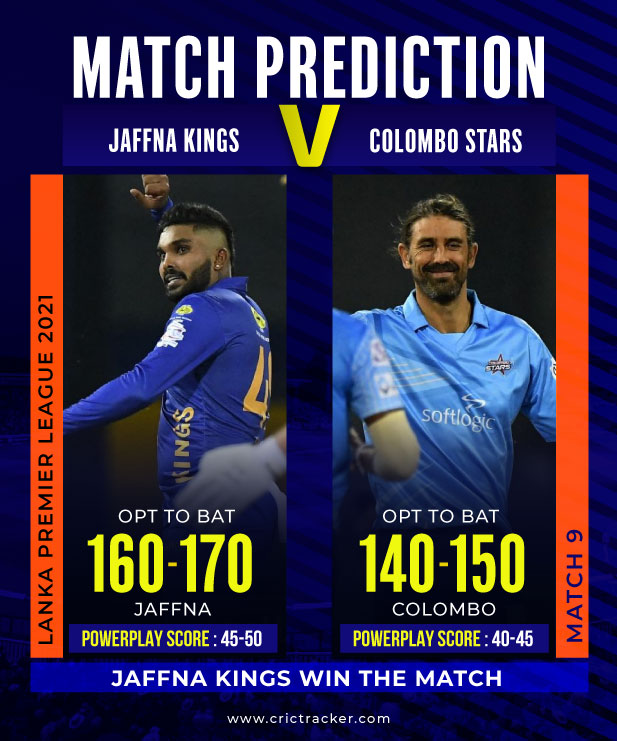